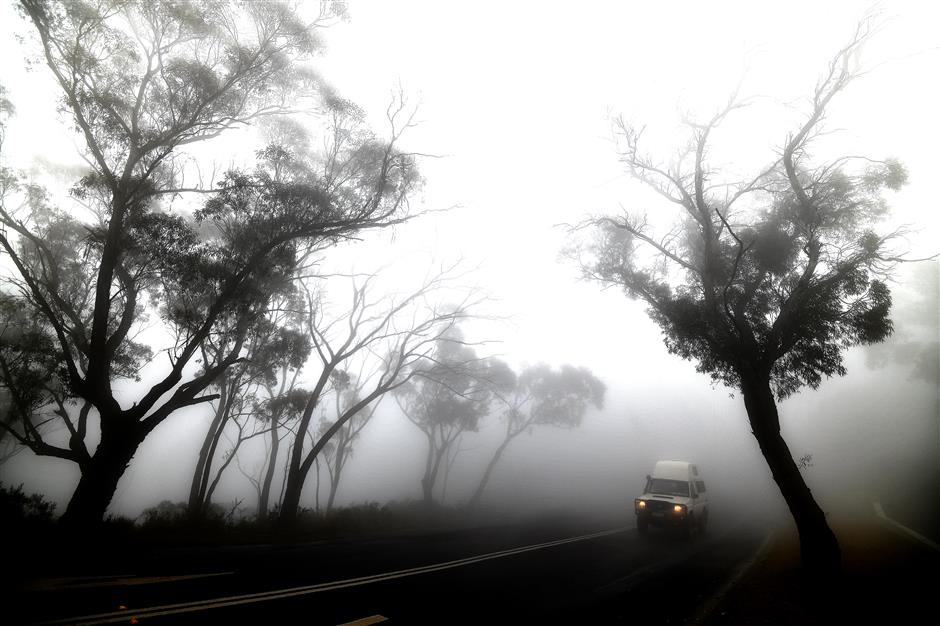 A car makes its way through thick fog mixed with bushfire smoke in the Ruined Castle area of the Blue Mountains, some 75 kilometres from Sydney on January 11, 2020.

New South Wales firefighters said they finally had the upper hand in the fight against the vast Gospers Mountain fire on Sydney’s northwestern outskirts, which has been burning for almost three months.

The fire seared an area of national park three times the size of Greater London and lit several connected blazes totalling over 800,000 hectares.

All out, fingers crossed

As residents and authorities continued to come to grips with the sheer scale of the devastation, the Bureau of Meteorology forecast some firegrounds areas could get up to 50 millimeters of rain in the next week, a relief after a prolonged drought.

If that forecast bears out, the New South Wales Rural Fire Service said it would be “all of our Christmas, birthday, engagement, anniversary, wedding and graduation presents rolled into one. Fingers crossed.”

Dozens of other fires are yet to be controlled.

The climate-change-fueled fires have prompted an international outpouring and donations from around the world to help communities and animal populations.

Australia’s unique flora and fauna has taken a catastrophic hit, with an estimated 1 billion animals killed, and countless trees and shrubs burned away.

A koala affected by bushfires is seen on Kangaroo Island, South Australia, Australia in this still image from a handout video obtained on January 12, 2020.

Sussan Ley, Australia’s environment minister, has warned in some areas, koalas may have to be reclassified as endangered.

The government has earmarked an initial AU$50 million (US$35 million) to spend on helping with the wildlife recovery.

“This has been an ecological disaster, a disaster that is still unfolding,” said Treasurer Josh Frydenberg, announcing the emergency fund.

This weekend, Sydney will host a charity gig to benefit fire services, the Red Cross and animal welfare organizations. 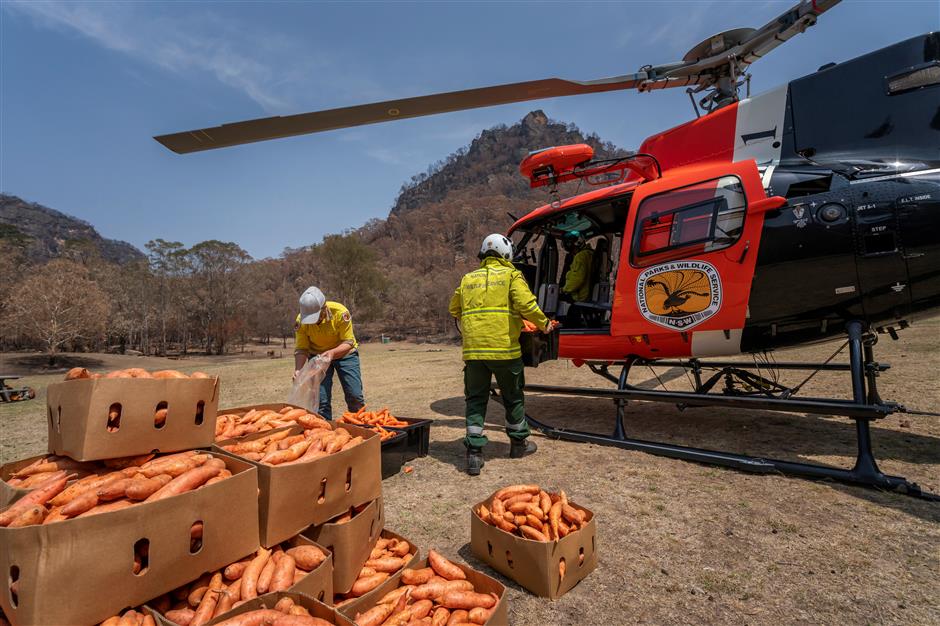 The political impact of the bushfires is also coming into sharper relief.

A poll released yesterday showed Prime Minister Scott Morrison’s approval ratings have nosedived in the face of widespread anger over his handling of the deadly crisis.

The Newspoll survey showed 59 percent of Australian voters are dissatisfied with the conservative leader’s performance overall and only 37 percent were satisfied, an abrupt reversal since his shock election win last May.

Morrison has been criticized heavily for his response to the monthslong crisis — which included going on holiday to Hawaii, making a series of gaffes and misleading statements about his government’s actions, and forcing angry victims to shake his hand.

Morrison began the crisis insisting local authorities had enough resources to handle the fires and exhausted volunteer firefighters “want to be there.”

He also repeatedly stated that Australia was doing more than enough to meet its emission reduction targets, prompting a series of large-scale street protests.

Seeing a backlash, Morrison has since deployed the military, launched the largest peacetime call up of reserves and pledged billions of dollars in aid.