Oops, no cause for alarm: This actually IS a drill 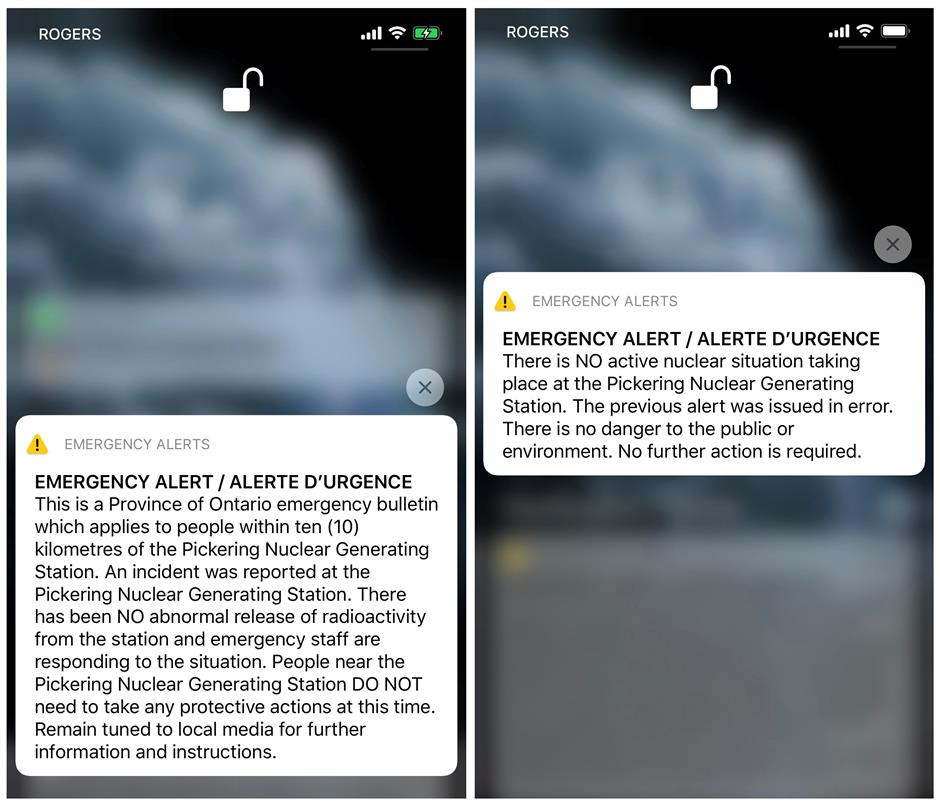 A provincial emergency alert announcing an incident at Pickering Nuclear Generating Station (left) and another announcing that the alert was made in error appear in a combination of photos of a mobile phone screen in Toronto, Ontario, Canada, on January 12, 2020.

People throughout the Canadian province of Ontario awoke on Sunday to a cellphone alert warning them of an “incident” at a nuclear plant just east of Toronto — only to later be told the message was a mistake.

The message, which was transmitted throughout the nation’s most populous province, was accompanied by a shrill emergency broadcast noise.

It said an unspecified event had occurred at the Pickering Nuclear Generating Station.

There was no abnormal release of radioactivity, it added, and people did not need to take protective action. 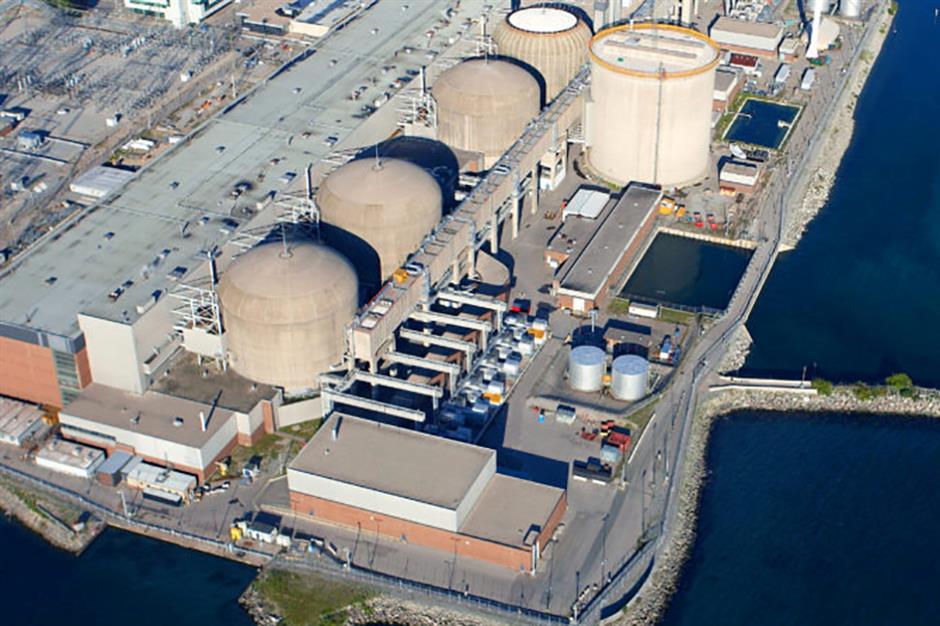 The Pickering Nuclear Generating Station is seen in an undated aerial photo near Toronto, Ontario, Canada.

More than an hour later, utility officials sent another message saying the alert “was sent in error.” They added there was “no danger to the public or environment.”

“No further action is required,” said the message, which was also sent to television screens.

The alert went out during a routine training exercise being conducted by the Provincial Emergency Operations Centre, Ontario Solicitor General Sylvia Jones said in a statement that apologized for the mistake.

She said the government had started a full investigation and would “take the appropriate steps to ensure this doesn’t happen again.”

Pickering Mayor Dave Ryan said he was “very troubled” by the message. He said on Twitter that he spoke to provincial officials and demanded an investigation.

Toronto Mayor John Tory joined him, tweeting that there were “far too many unanswered questions” about the warning that was sent across the province of 14 million people.