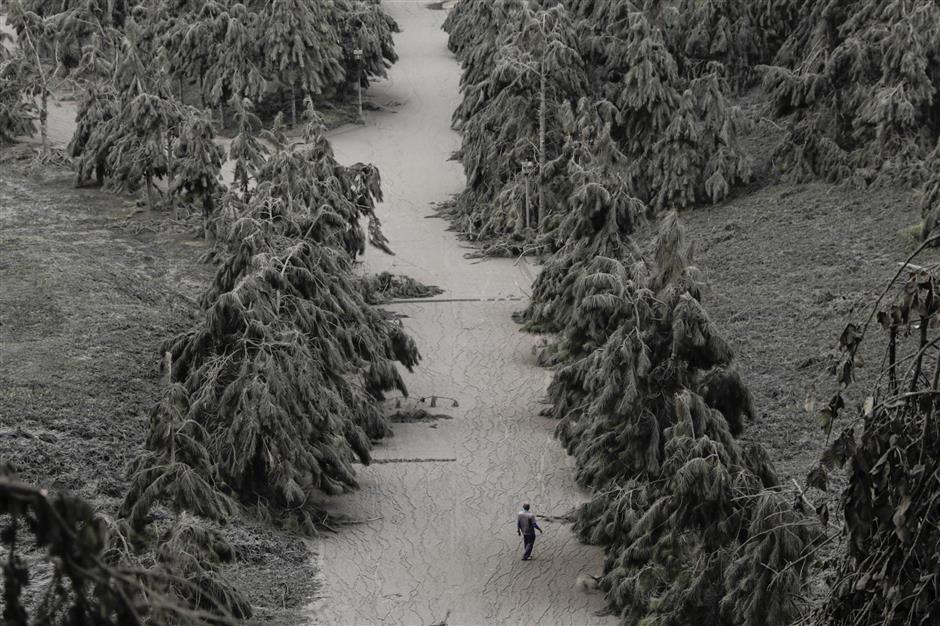 A man walks on a road blanketed with volcanic ash from the erupting Taal Volcano in Tagaytay, Philippines, on January 14, 2020.

A volcano near the Philippine capital spewed lava into the sky and trembled constantly on Tuesday, possibly portending a bigger and more dangerous eruption, as tens of thousands of people fled villages darkened and blanketed by heavy ash.

Government work was suspended and schools were closed in a number of towns and cities, including Manila, because of the health risks from the ash. Hundreds of flights were canceled or delayed, affecting tens of thousands of passengers.

The continuous restiveness of the Taal volcano and several new fissures cracking the ground nearby likely means magma is rising and may lead to further eruptive activity, the Philippine Institute of Volcanology and Seismology said.

The volcano was spurting fountains of red-hot lava 800 meters into the sky and the massive column of ash and volcanic debris at times lit up with streaks of lightning. 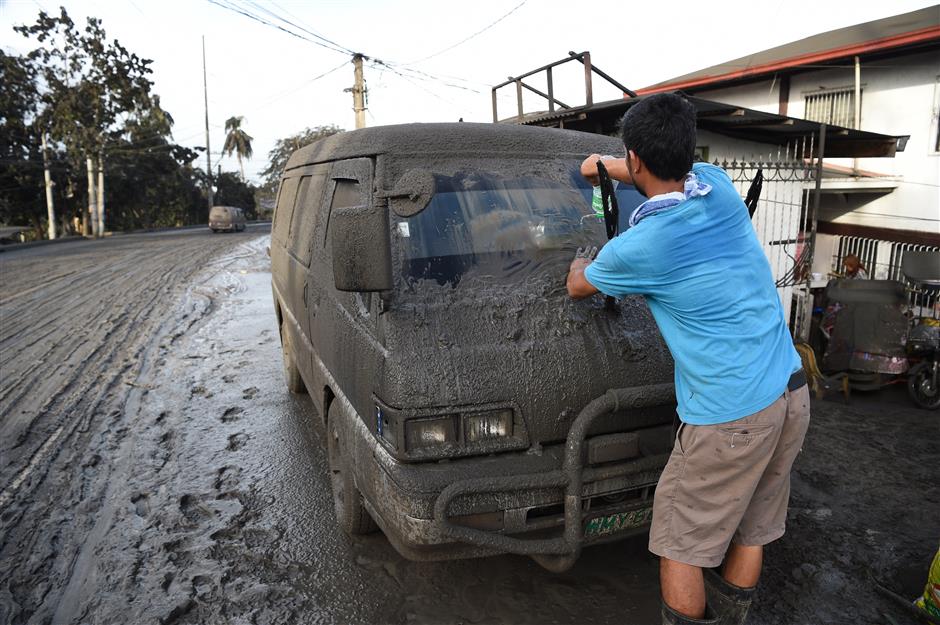 A resident cleans mud and ash from his car after Taal volcano began spewing ash over Tanauan town, south of Manila, on Monday.

The alert level since the eruption began on Sunday has been 4, indicating a hazardous eruption is possible in hours to days. Level 5, the highest, means such an eruption is underway.

About 50 volcanic earthquakes were detected over eight hours on Tuesday, indicating rising magma, the institute said. It also warned heavy and prolonged ash fall was possible in nearby villages.

“The speed in the rise of magma is important (in determining) when the volcano will have a strong eruption and if it will slow down and freeze,” said Renato Solidum, who heads the institute. “As of now, we don’t see activities slowing down and the earthquakes still continue.”

The picturesque volcano in the middle of a lake in Batangas province south of Manila rumbled to life on Sunday in a powerful explosion that blasted a 15-kilometer column of ash, steam and rock into the sky.

Clouds of volcanic ash blowing over Manila, 65 kilometers to the north, closed the country’s main airport on Sunday and part of Monday until the ash fall eased.

More than 500 international and domestic flights were canceled or delayed due to the overnight airport closure, affecting about 80,000 passengers, airport manager Ed Monreal said. 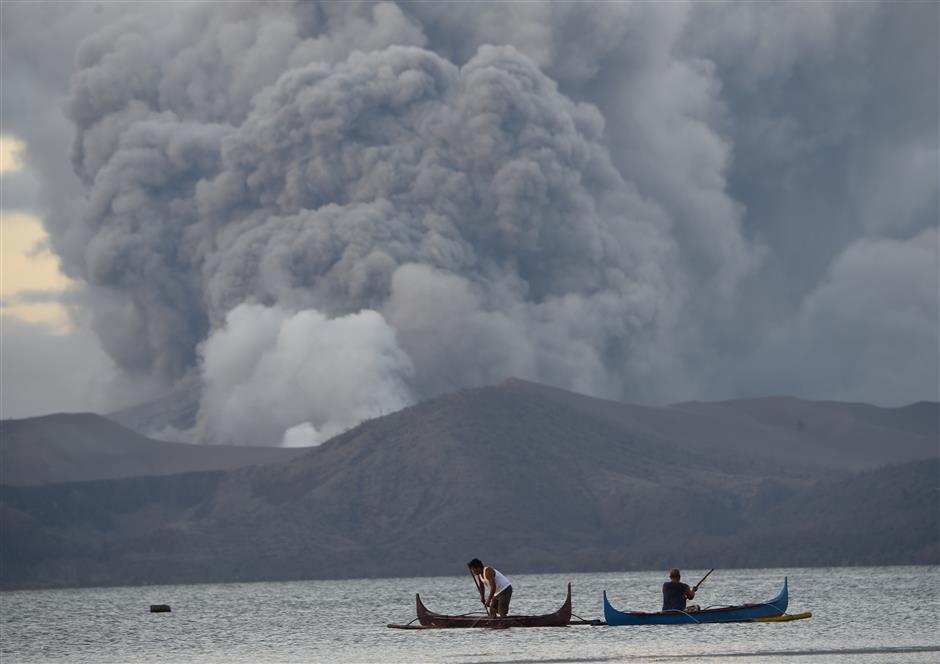