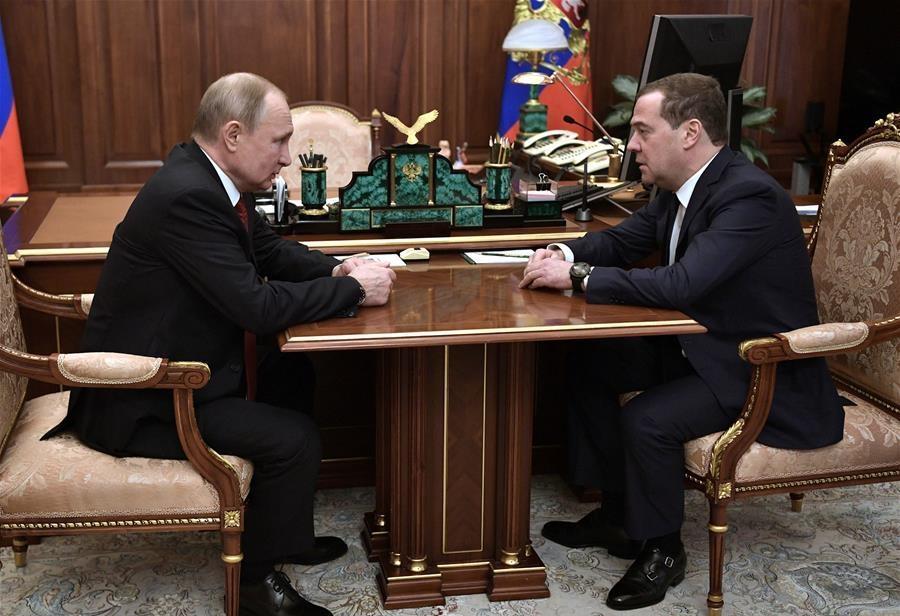 The decision was announced after President Vladimir Putin addressed the Federal Assembly.

The annual address, which sets the goals and tasks for the country, becomes the guideline for the government and the parliament to follow.

Putin outlined a series of fundamental changes in his address, Medvedev said.

"In this context, it's obvious that we, as the government of the Russian Federation, should provide the president of our country with the opportunity to make all decisions necessary for this," he added.

Putin asked the government to keep fulfilling its duties until the new cabinet is formed, the Kremlin said.

The president floated the idea of expanding the powers of the Federal Assembly in the formation of the government and other bodies.

Putin proposed to appoint Medvedev as a deputy chairman of the Russian Security Council, while he will chair the organ.

"Vladimir Putin held a working meeting with the head of the Federal Tax Service, Mikhail Mishustin, during which he invited him to take the post of prime minister," it said in a statement.

"With the consent, he submitted the candidacy of M. Mishustin for consideration by the State Duma," it added.

The State Duma said in a statement that on January 16, a plenary meeting will consider the candidacy for the post of head of government.

"On Thursday, before the plenary meeting, consultations will also be held between candidate for the post of prime minister Mikhail Mishustin and factions of the State Duma," said the statement.

Vyacheslav Volodin, speaker of the Russian State Duma or the lower house of the parliament, said that Mishustin is able to solve the tasks set by the president.

"He is distinguished by such qualities as openness, dynamism, and knowledge of the regions," Volodin said on Wednesday night following an emergency session of the Council of the State Duma attended by Mishustin.

"For my part, I want to emphasize that this person is a professional in the field of finance, tax legislation, and a person who knows the regions well. He is competent for the job," he added.