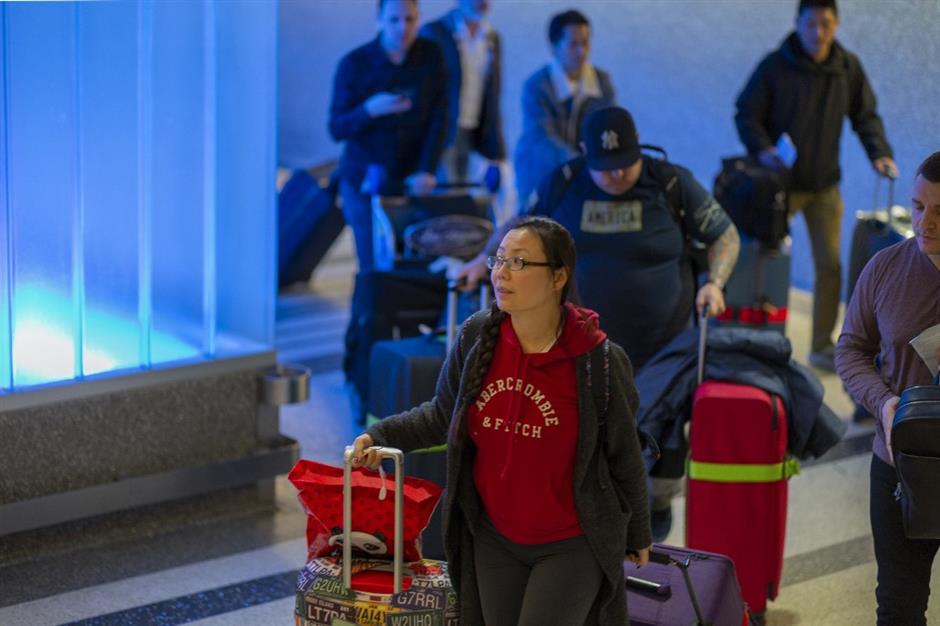 People arrive to Los Angeles International Airport after touchdown of an Air China flight from Beijing, which serves as a connector from Wuhan, China to Los Angeles, on the first day of health screenings for coronavirus of travelers from Wuhan on January 18, 2020 in Los Angeles, California.

The United States began screening passengers arriving from Wuhan, the Chinese city at the heart of a mysterious virus, officials said, after an outbreak that has stricken dozens and claimed a second life.

Three confirmed cases have now been reported from outside China — two in Thailand and one in Japan — even as health authorities around the world sought to assure the public that the overall risk of infection remained low.

Martin Cetron, a senior official at the US Centers for Disease Control and Prevention told reporters, “To further protect the health of the American public during the emergence of this novel coronavirus, CDC is beginning entry screening at three ports of entry.”

These are San Francisco airport and New York’s JFK, which both receive direct flights, as well as Los Angeles, the biggest destination for connecting flights, he said, adding: “We’re expecting that the screening over the next couple of weeks could include as many as 5000 people.” Incoming travelers will be asked to fill out a questionnaire and submit to a temperature check, with those showing possible signs of infection sent on to another facility for a diagnostic test that could take up to a day.

Thailand said it was already screening passengers arriving in Bangkok, Chiang Mai and Phuket and would soon introduce similar controls in the beach resort of Krabi.