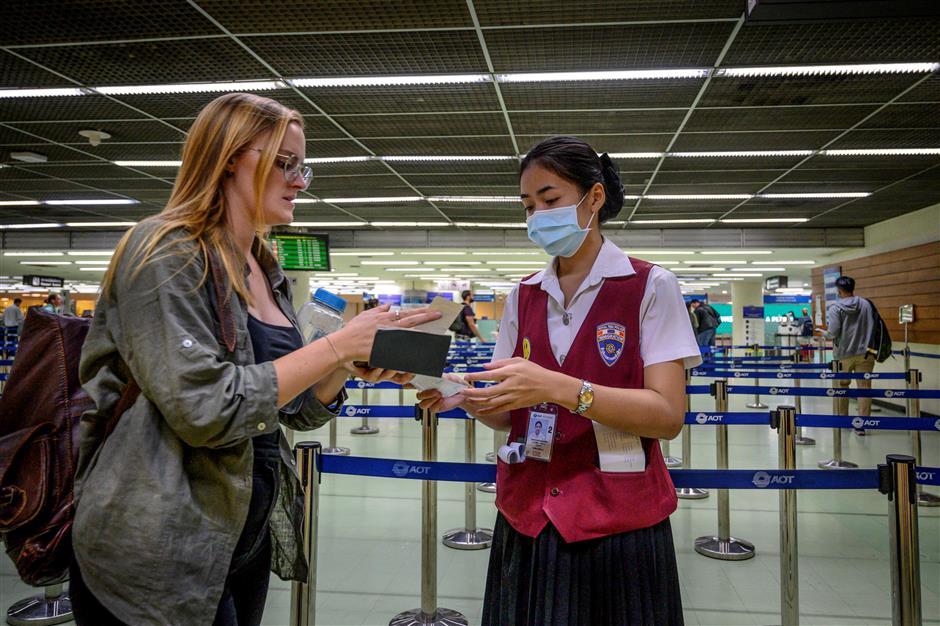 An airport official wearing a face mask checks the passport of a passenger at Don Mueang International Airport in Bangkok on January 21.

Four cases of novel coronavirus have been discovered in Thailand, the country's public health minister said, as reported by China Central Television on Wednesday.

Anutin Charnvirakul said three of the patients are Chinese and the other is a Thai citizen. All of them had been in contact with people from an area of high contagion risk, the report said.

Two Chinese patients have been treated, discharged from hospital and returned to China while the others are still receiving treatment in Thailand, CCTV said.