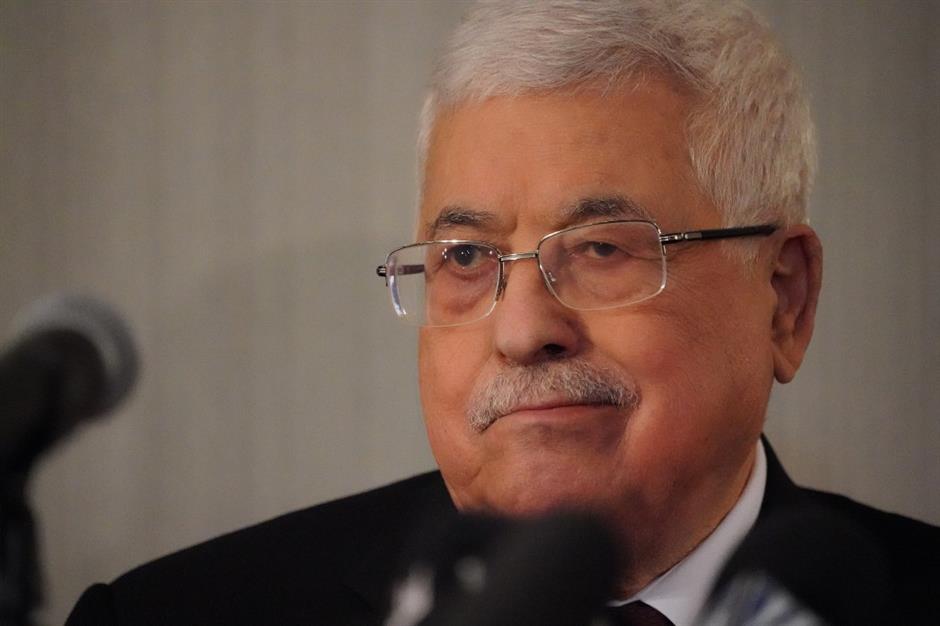 Palestinian President Mahmoud Abbas on Tuesday reiterated the rejection of a newly released US Middle East peace plan, calling it an "Israeli-American proposal."

"I have come to you on behalf of 13 million Palestinians to call for a just peace. That is all. I have come to you today to reaffirm the Palestinian position that rejects the Israeli-American proposal," Abbas told the UN Security Council, which met to discuss the US plan.

The rejection of this plan reaffirms, or is the result of its unilateral steps and the fact that it violates international legitimacy and the Arab Peace Initiative, said Abbas.

"It annuls the legitimacy of Palestinian rights, our rights to self-determination, freedom, and independence in our own state. It legitimized what is illegal: settlements and confiscation of land, and annexation of Palestinian land."

"I would like to reaffirm that this plan or any part in this plan should not be considered as an international reference for negotiations," he said. "This is an Israeli-American preemptive plan in order to put an end to the question of Palestine. It was rejected by us because it considers that East Jerusalem is no longer under the sovereignty of the state of Palestine. That alone is enough for us to reject this plan."

He warned that the plan would put an end to the question of Palestinian refugees. It will end all basis for a peace plan. It means the rejection of all agreements and obligations to establish two states along the pre-1967 lines, said Abbas.

"This plan will not bring peace or stability to the region. And therefore, we will not accept this plan. We will confront its application on the ground."

Showing a copy of a map of the US-proposed two-state solution for Israel and Palestine, Abbas said it looks like a piece of "Swiss cheese," which features large holes.

"This is the summary of the project that was presented to us. This is the state that they will give us. It's like a Swiss cheese, really," said Abbas.

"Who among you will accept a similar state and similar conditions?" he asked.

The US plan includes the entrenchment of occupation and annexation by military force and the strengthening of "the apartheid regime," said Abbas. "This plan rewards the occupation, instead of holding it accountable for all the crimes it perpetrated against our people and our land."

"In this difficult time and before it is too late, I would like to say to (US President) Mr. Donald Trump that the proposed American deal cannot achieve peace and security, because it canceled international legitimacy," said Abbas.

"I wish President Donald Trump will be just, will be fair, and will support the implementation of resolutions of international legitimacy so that we can have a real opportunity for peace between Israelis and Palestinians," he said. "If you impose peace, it will not last. It cannot last."

He stressed that Palestinians are not against the Jewish people. "Our struggle is not with the Jews. Our struggle and our fight is against anyone who attacks our land. We call on ending the occupation and on establishing our Palestinian state. Our people will not surrender."

He said he is ready to start negotiations with Israel so long as he can find a real partner for peace in Israel.

"At this historic moment, I would like to extend my hand for peace again before we waste this final opportunity. And I hope to find a real partner in Israel. Anyone who believes in peace in Israel is welcome to join us to create a real peace," said Abbas.

"I would like to say once again that I am ready to start negotiations if we have a partner in Israel ready for peace, ready for negotiations under the sponsorship of the international Quartet (of the United States, Russia, the European Union and the United Nations) and on the basis of internationally agreed parameters."

He asked the international community to lay pressure on Israel.

"I say to the world, be careful not to take away the hope of the Palestinian people. I have come here to save this hope."

Tuesday's Security Council meeting was requested by Tunisia and Indonesia after Trump on Jan. 28 revealed a controversial Middle East peace plan, which calls for a two-state solution while recognizing Jerusalem as Israel's "undivided capital." The US plan was immediately rejected by Palestine and the Arab world as well as other countries around the world.

Prior to Tuesday's meeting, the four EU members of the UN Security Council — Belgium, Estonia, France and Germany — plus Poland, which has just left the council, said in a joint statement that the US plan "departs from internationally agreed parameters."