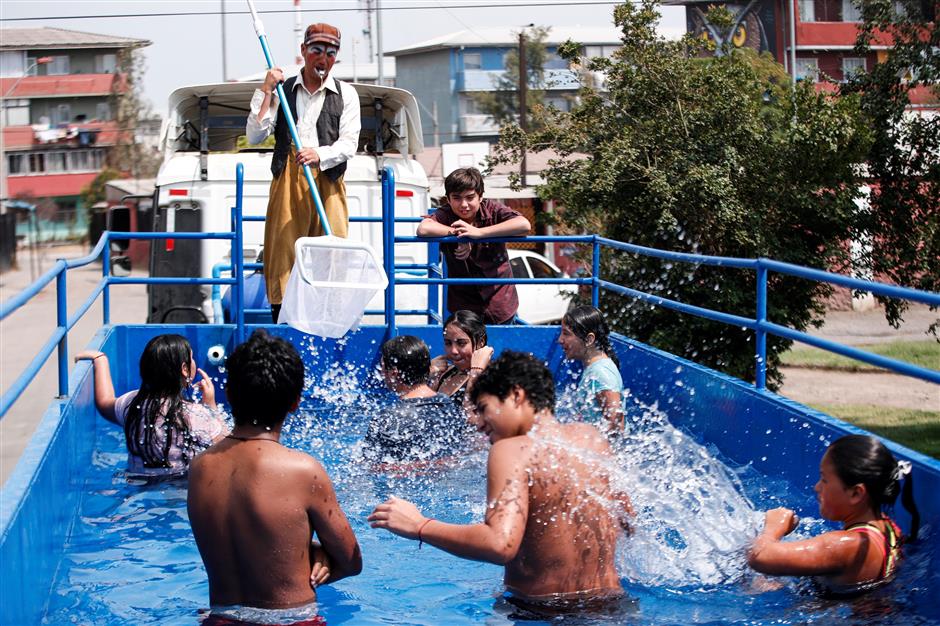 Children play in a mobile pool built on a truck that goes through some of the most disadvantaged areas of the city to allow neighbors to cool off and withstand high temperatures, in Santiago, Chile, on February 12, 2020.

January 2020 was the hottest January in the 141-year global climate record, according to scientists at the US National Oceanic and Atmospheric Administration.

The January global land and ocean surface temperature was 1.14 degrees Celsius above the 20th-century average, surpassing the record set in January 2016. Also, the temperature departure from average was the highest monthly departure ever recorded without an El Nino present in the tropical Pacific Ocean, announced the NOAA in a statement on Thursday.

El Nino is an irregularly occurring climatic change affecting the equatorial Pacific region, characterized by the appearance of unusually warm water off northern Peru and Ecuador. The hottest January without an El Nino impact provides more solid evidences to the fact of global warming.

January 2020 marked the 44th consecutive January and the 421st consecutive month with temperatures, at least nominally, above the 20th century average. The 10 warmest Januaries documented in the climate record have all occurred since 2002.

The year 2020 is very likely to rank among the five warmest years on record, according to US National Centers for Environmental Information scientists.