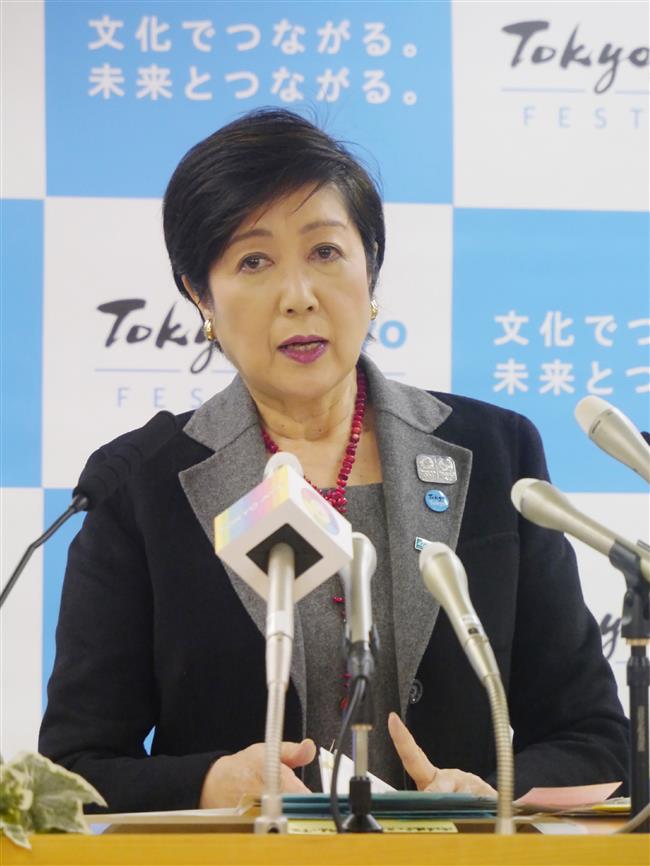 Tokyo governor Yuriko Koike speaks during a regular press conference at the Tokyo Metropolitan Government in Tokyo on February 21, 2020.

Tokyo 2020 Olympic organizers on Saturday postponed training for their army of volunteers due to the coronavirus outbreak but reiterated that there was "no consideration" of canceling the Games.

In a press release published in the early hours of Saturday morning, Tokyo 2020 said: "As part of efforts to prevent the spread of infection of the novel coronavirus, we have decided to postpone training scheduled from tomorrow (February 22)."

They said volunteers would be informed individually of the rescheduled dates and insisted the postponement would have no impact on the preparations for the Games, due to start on July 24.

"We will evaluate the immediate need for each Games-related event on a case-by-case basis," organizers said, adding that participants at Tokyo 2020 events would be asked to take preventative measures to stop the spread of the disease.

Organizers have been at pains to stress there is no question of canceling or postponing Tokyo 2020 despite mounting fears over the potentially deadly virus spreading fast around the globe.

There are around 100 cases in Japan, with three deaths, and more than 600 positive cases found aboard a cruise ship moored in Yokohama near Tokyo.

Tokyo Governor Yuriko Koike announced on Friday that she would postpone or cancel all indoor events or outdoor events involving food hosted by her organization.

But she hit back at a proposal from a candidate in London's mayoral election that the British capital could step in as hosts if needed.

"I think we are not yet reaching that point," said Koike when asked if there would be any changes to the Games schedule.

The International Olympic Committee has also said there is no need for a contingency plan to postpone, cancel or move Tokyo 2020, despite new cases of the deadly virus emerging daily in Japan.

Nevertheless, sporting events have already fallen foul of the virus in Japan and around the region.

The Tokyo marathon on March 1 has been restricted to elite athletes only, while a Paralympics test event for boccia was scaled down with international athletes asked not to attend.

Capital Economics, a financial analyst company, said in a note that "with the number of confirmed infections of the new coronavirus rising in Japan, cancellation or postponement of this year's Tokyo Olympics is becoming a possibility worth considering."