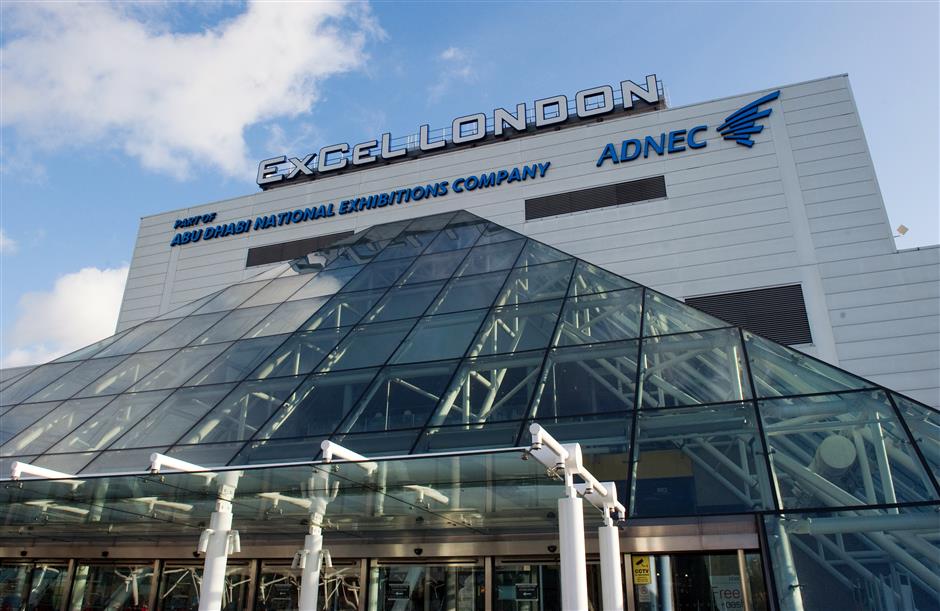 In this file photo taken on November 25, 2011, a general view of the exterior of London's ExCel center is pictured in east London.

The British government said on Tuesday it will open a 4,000-bed field hospital at a London exhibition center as part of its plans to treat coronavirus cases.

The move comes after Prime Minister Boris Johnson on Monday ordered the country into lockdown to tackle the spread of the outbreak, which has seen 422 deaths and 8,077 cases in Britain.

Health Secretary Matt Hancock told a news conference the temporary hospital, to be known as the NHS Nightingale Hospital, would open at the ExCeL center in east London with two wards each with a capacity for 2,000 people.

"With the help of the military and NHS clinicians, we will make sure we have the capacity we need so everyone can get the support they need," he said.

In his televised address on Monday, Johnson called for people to "stay at home" to prevent close-contact transmission of the virus and ease pressure on the state-run National Health Service.

Non-essential shops and services were told to shut, with unprecedented peacetime restrictions on movement, including a ban on gatherings of more than two people.

But concern remains about the extent of the measures — and how to enforce them — after fresh evidence of packed public places, particularly on the London Underground "Tube" network.

Hancock announced that an appeal for retired and former NHS workers to return to help had seen nearly 11,800 people respond, including doctors, nurses and other health professionals.

Some 5,500 final-year medics and 18,700 student nurses in their last year of study would be drafted in from next week to help with frontline health services to boost capacity, Hancock said.

"In total that's over 35,000 more staff coming to the NHS when the country needs the NHS most," he said at a virtual news conference from Downing Street.

The government is also seeking 250,000 community volunteers to assist in areas such as food shopping and delivery of medicine to people in self-isolation and the elderly.

But Hancock said it was still important to abide by government advice to stay at home, after concern at the current rate of confirmed cases and a lack of testing.