WHO sees 'glimmer of hope' in Italy's COVID-19 situation 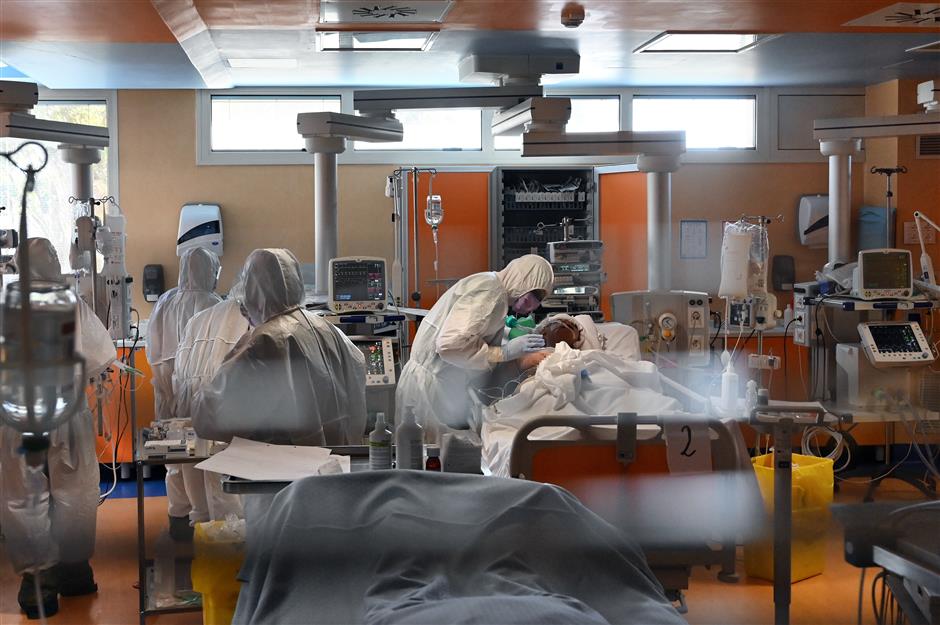 A medical worker in protective gear (center) tends to a patient on March 24, 2020, at the new COVID 3 level intensive care unit for coronavirus COVID-19 cases at the Casal Palocco hospital near Rome.

The World Health Organization on Tuesday updated the latest on the COVID-19 pandemic situation, saying there was a glimmer of hope in Italy as fewer cases were reported than in the previous days.

However, the WHO said it was still far too early to claim that the tide had turned, and the situation there needed to be carefully observed in the coming days.

Margaret Harris, a spokesperson for WHO, told a press briefing on Tuesday that there were also some early positive signs in several European countries, which nonetheless had to be viewed with caution.

"Lots of countries were taking strict measures to fight the virus, whose curve was supposed to slow down, and to give health services a chance to somehow catch up," she said.

The United States, she said, certainly had a very significant outbreak, but the positive sign there is that testing had been ramped up, and more efforts were being made to contain the spread of the virus.

Harris stressed that there was no "one-size-fits-all" approach which would be applicable to all countries around the world, adding that a complete lockdown in China that stopped all activities had brought positive results.

Acknowledging that the outbreak was rapidly accelerating, the spokesperson told the media that 85 percent of the new cases reported in the last 24 hours had come from Europe and the United States, which were now "the epicenters of the pandemic".

According to the latest figures from WHO, in the past 24 hours a total of 39,827 newly confirmed cases have been reported, and the global death toll now stood at 16,231.