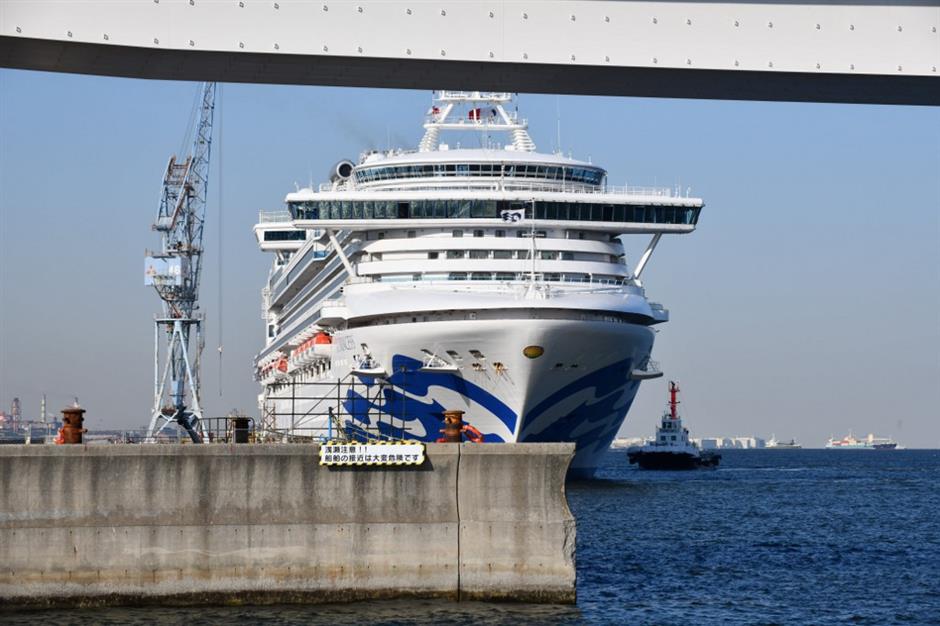 The Diamond Princess cruise ship is seen at a pier in the port of Yokohama on March 25, 2020. Last month, the cruise ship Diamond Princess was quarantined off the coast of Japan and more than 700 people of the 3,700 passengers and crew on board tested positive for COVID-19.

The Diamond Princess, a coronavirus-hit cruise ship off Japan that saw 712 passengers and crew contracting the disease with 10 deaths, left its moorings in Yokohama Wednesday, a city official said.

The ship, which originally carried some 3,700 passengers and crew members, dominated international headlines as Japan's clumsy handling of its quarantine made it at one point the biggest cluster of coronavirus carriers outside China.

"It is leaving the pier" around 0500 GMT, he said, without revealing where it was heading or how many crew members were onboard.

The departure ends the ship's troubled two-month stay in Yokohama where passengers on the luxury cruise were abruptly told to remain inside their small cabins for two-week quarantine from February 5, except for brief exercise time.

The ship arrived off Yokohama on February 3, after a former passenger left the ship in Hong Kong and tested positive for the virus.

Tokyo claimed its quarantine was effective, but passengers, crew members, and physicians who examined the ship reported shortcomings, such as inadequate protection for quarantine officials.

The number of new infections soared daily and fuelled severe international criticism and scepticism of the Japanese approach.

A number of countries, including Australia, South Korea and the United States, used chartered flights to repatriate their nationals from the ship, and placed them in quarantine facilities in their own countries.

Japan allowed the passengers and crew to disembark from February 19 if they tested negative for the virus.

But several disembarked passengers later developed fever and pneumonia-like symptoms and tested positive for the virus.