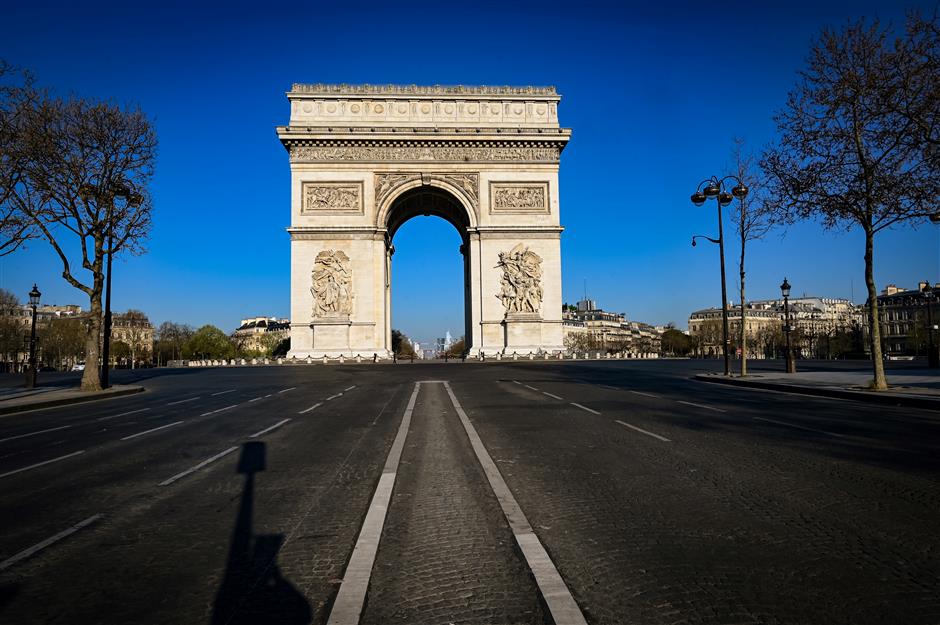 This picture taken on April 01, 2020 shows the Arc de Triumph in Paris, on the sixteenth day of a strict lockdown in France to stop the spread of COVID-19.

A total of 509 patients have died of coronavirus in French hospitals in the last 24 hours, bringing the toll to 4,032 since the start of the epidemic, Director General of Health Jerome Salomon announced on Wednesday.

The health official noted that the death toll include only those who died in hospital and not those who died at home or at homes for the old people. And also, many infection cases are unregistered because of a lack of testing equipment.

As hospitals in some regions have reached their saturation point, patient transfers will continue, said the official.

"344 critically ill patients have been transferred to less stressful areas," he said, adding that the operations from one region to another would continue and even intensify in coming weeks.

In Ile-de-France, the region surrounding Paris, 2,227 patients are in intensive care while 258 people had died of the virus in the last 24 hours. The Regional Health Agency announced that 100 coronavirus patients will be transferred out of Ile-de-France by Thursday noon to free up space in hospitals in Paris and the region at large.

At a hearing earlier in the day by a fact-finding mission of the National Assembly on the measures the government has taken to fight against the COVID-19, Prime Minister Edouard Philippe said the de-confinement will be done step by step.

"It is likely that we are not moving towards a de-confinement which would be general and all at once, everywhere and for everyone," said Philippe.

On March 17, France imposed a two-week confinement to stem the contagion. Tough restrictions on people's movement would remain in place until at least April 15.