COVID-19 to slash global economic output by US$8.5t over next 2 years: UN report 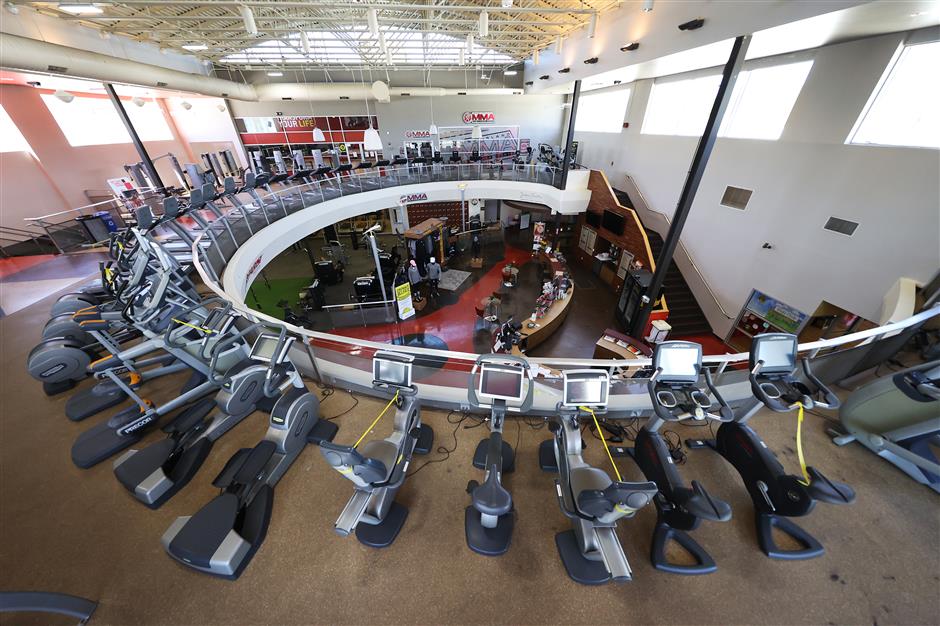 Against the backdrop of a devastating pandemic, the global economy is projected to contract sharply by 3.2 percent this year, according to the United Nations World Economic Situation and Prospects mid-2020 report published on Wednesday.

The global economy is expected to lose nearly US$8.5 trillion in output over the next two years due to the COVID-19 pandemic, wiping out nearly all gains of the previous four years. The sharp economic contraction, which marks the sharpest contraction since the Great Depression in the 1930s, comes on top of anemic economic forecasts of only 2.1 percent at the start of the year.

The report estimates that GDP growth in developed economies is expected to plunge to minus 5 percent in 2020. A modest, 3.4 percent growth — barely enough to make up for the lost output — is expected in 2021. World trade is forecast to contract by nearly 15 percent in 2020 amid sharply reduced global demand and disruptions in global supply chains.

Nearly 90 percent of the world economy has been under some form of lockdown, disrupting supply chains, depressing consumer demand and putting millions out of work. Under the baseline scenario, the developed economies are expected to contract by 5 percent in 2020, while the output of developing countries will shrink by 0.7 percent.

The pandemic will likely cause an estimated 34.3 million people to fall below the extreme poverty line in 2020, with 56 percent of this increase occurring in African countries. An additional 130 million people may join to the ranks of people living in extreme poverty by 2030, dealing a huge blow to global efforts for eradicating extreme poverty and hunger. The pandemic, which is disproportionately hurting low-skilled, low-wage jobs, while leaving higher-skilled jobs less affected - will further widen income inequality within and between countries.

Facing an unprecedented health, social and economic crisis, governments across the world have rolled out large fiscal stimulus measures — equivalent to an estimated 10 percent of GDP — to combat the pandemic and minimize its livelihood impacts. However, the depth and severity of the crisis foreshadows a slow and painful recovery.

"The pace and strength of the recovery from the crisis not only hinges on the efficacy of public health measures in slowing the spread of the virus, but also on the ability of countries to protect jobs and incomes, particularly of the most vulnerable members of our societies," said UN Chief Economist and Assistant Secretary-General for Economic Development Elliott Harris.

The report highlights that the pandemic could foster a new normal, fundamentally reshaping human interactions, inter-dependence, trade and globalization, while accelerating digitalization and automation. A rapid surge in economic activities online will likely eliminate many existing jobs, while creating new jobs in the digital economy. The net wage and employment effects could be negative, further aggravating income inequality.

Most developing economies — saddled with chronic fiscal deficits and already high levels of public debt — are finding it very hard to implement sufficiently large fiscal packages, which have thus far averaged less than 1 percent of their GDP. Falling exports and growth are rapidly undermining the debt sustainability of many developing countries, particularly those that are heavily dependent on commodities, tourism revenues or remittances. Growing debt distress poses an enormous challenge to these countries, further constraining their ability to implement much-needed stimulus measures.

The report cautions against the risk of large fiscal and monetary stimulus measures — with trillions of dollars of new liquidity injected into the financial system — contributing to the quick recovery of equity and bond prices, while ignoring productive investments. Global liquidity per capita surged since the global financial crisis in 2008, while productive investment per capita stagnated.

"The lesson we learnt from the last crisis is that fiscal and monetary stimulus measures do not necessarily boost productive investments," said Hamid Rashid, chief of the Global Economic Monitoring Branch and lead author of the report. "Governments must encourage businesses receiving its financial assistance to invest in productive capacities. This is a must for protecting decent jobs and preventing further rise in income inequality."

Stronger global cooperation is critical, especially to contain the pandemic and extend financial assistance to countries hardest hit by the crisis. In the immediate term, the increased availability and rapid deployment of international funds to address liquidity shortages and free up fiscal space is paramount, according to the report.

In addition to these short-term measures, many developing countries — particularly commodity- and tourism- dependent economies — will still need comprehensive debt restructuring to have the fiscal space to stimulate growth and accelerate recovery.

Special Reports
ADVERTISEMENT
61922
,
61927
,
COVID-19 to slash global economic output by US$8.5t over next 2 years: UN report
UK faces 'significant recession' as COVID-19 deaths pass 33,000
US Fed Chair Powell warns of prolonged recession amid COVID-19 crisis
Italy records 222,104 coronavirus cases, as recoveries make over half of all cases
Hard to predict when pandemic will be over, but should stay positive: WHO officials
EU seeks to unlock its borders for summer travel
Canadian zoo shipping pandas back to China
Russia plans to raise legal age to buy alcohol
Twitter says permanent work-from-home will be possible
Pompeo meets Netanyahu with annexation on agenda
EXPLORE SHINE