What muted US scientists on Washington's controversial handling of COVID-19 pandemic?

Having been blocked from testifying to a House committee examining the White House's controversial response to the COVID-19 pandemic, as well as being absent at the daily COVID-19 task force briefings for days, top US infectious disease expert Anthony Fauci, along with three other medical experts on Tuesday testified remotely to the Senate, the Republican-controlled chamber of the Congress.

Before the Senate Health, Education, Labor and Pensions Committee, Fauci rebuked the White House, but "even so, the totality of his testimony undermined talking points (President Donald) Trump has used to downplay the pandemic," commented US media outlet Vox.

Washington's early neglect toward the virus, ill-preparedness, indifference to science and facts, and its recklessness of only serving political interests may partially explain why respected experts including Fauci preferred to speak less of the "absolute chaotic disaster," a harsh phrase used by former President Barack Obama to blast his successor's handling of the coronavirus. 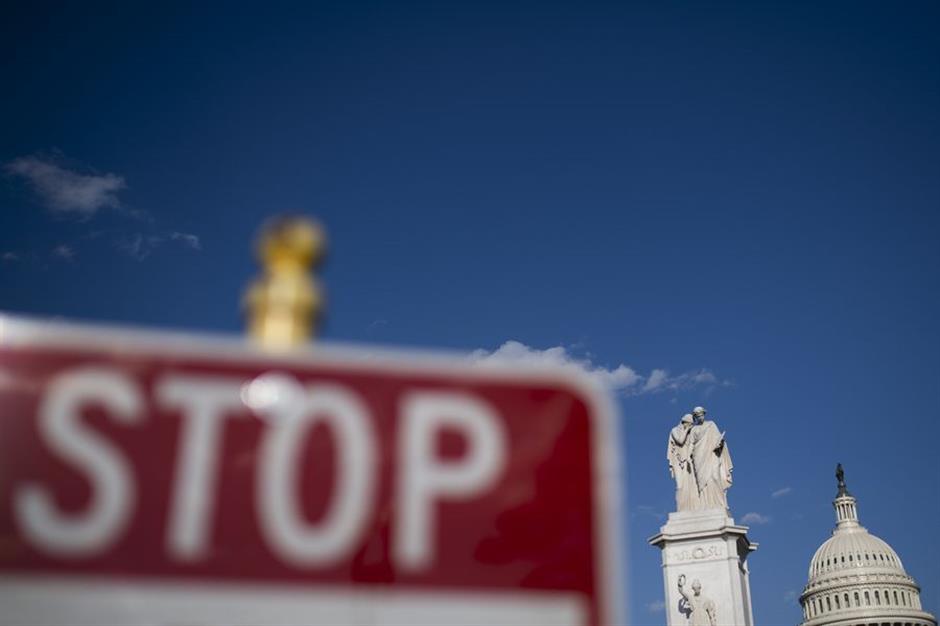 Confirmed COVID-19 cases in the United States surged to nearly 1.4 million, with fatalities exceeding 80,000, in just over 100 days since the country reported its first case on Jan. 21.

Fauci, director of the National Institute of Allergy and Infectious Diseases, said in the Senate hearing that he suggested states pump the brakes on reopening until the number of new cases per day starts to decline -- a viewpoint totally contradicted by Trump, who has urged states to relax COVID-19 restrictions and even encouraged protests in states that have rejected his advice.

On Trump's remarks that the coronavirus would "disappear miraculously," Fauci noted "that is just not gonna happen, because it's such a highly transmissible virus."

"Most of us (experts) feel that the number of deaths are likely higher than that number, because ... there may have been people who died at home who did have COVID-19 who were not counting as COVID-19, because they never really got to the hospital," said Fauci.

The 79-year-old expert who has served under six presidents pushed back on the claim that schools should be reopened because the coronavirus does not appear to be as lethal to young children. 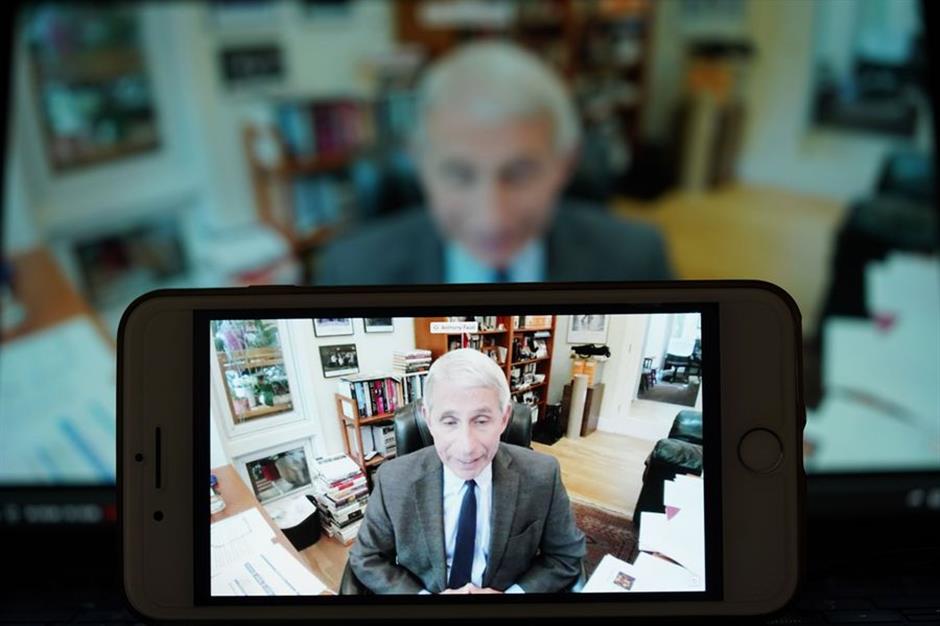 Anthony Fauci, director of the National Institute of Allergy and Infectious Diseases, speaks during a teleconference hearing hosted by a Senate panel on the White House's response to the coronavirus in Washington D.C., the United States, May 12, 2020.

It would be "a bridge too far" to expect a vaccine or treatment to be available by fall to facilitate students returning to college campuses, he said.

Trump was quick to oppose Fauci's comments. "I think you should absolutely open the schools. Our country has got to get back, and it's got to get back as soon as possible," Trump told reporters on Wednesday.

A month ago, Trump made headlines for sharing a tweet with the hashtag "#FireFauci" after a series of reports detailed his administration's slow response to the pandemic, though the president has denied wanting to fire Fauci.

Earlier this month, Trump's administration barred Fauci from testifying at a hearing on the US coronavirus response in the Democratic-held House, claiming that the key health official was too busy.

It was "easy to foresee the presidential eruption" because the esteemed health care scientist told senators what "Donald Trump did not want them to hear," and "they conflict with the president's insistence that we set the virus aside, get back to normal and accept the alarming number of deaths that will continue to occur," wrote observer Oren Spiegler in a letter to The New York Times.

"Most of the American people are not gullible. That is why we trust Dr. Fauci and distrust what we are told by the president," Spiegler said. 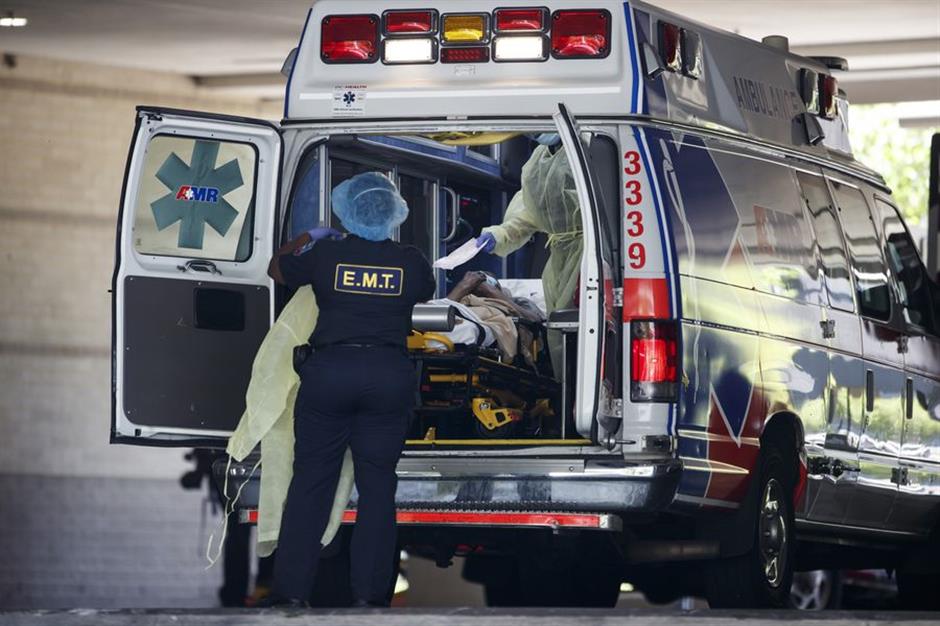 Medical workers transport a patient from an ambulance to George Washington University Hospital in Washington D.C., the United States, May 13, 2020.

At a hearing before the House Energy and Commerce Subcommittee on Health on Thursday, Rick Bright, a whistle-blower who had been ousted as head of a federal medical research agency, further underscored the gulf between the Trump administration's approach and scientific rationality on handling the COVID-19 crisis.

The former director of the Biomedical Advanced Research and Development Authority (BARDA) under the US Department of Health and Human Services (HHS) told the panel that his warning about the nation's shortages of masks and other personal protective equipment had been ignored multiple times by top officials in January and early February.

"I was met with indifference, saying they were either too busy, they didn't have a plan, they didn't know who was responsible for procuring those," said Bright, adding that there were "a number of excuses, but never any action."

In a whistleblower complaint filed earlier this month, Bright alleged he was forced out of his job in April, a post key to vaccine development, for opposing the broad use of chloroquine, a drug which has been frequently touted by the White House as a coronavirus treatment but has been cautioned against by the Food and Drug Administration due to a risk of heart rhythm problems in use outside of a hospital setting or clinical trial. 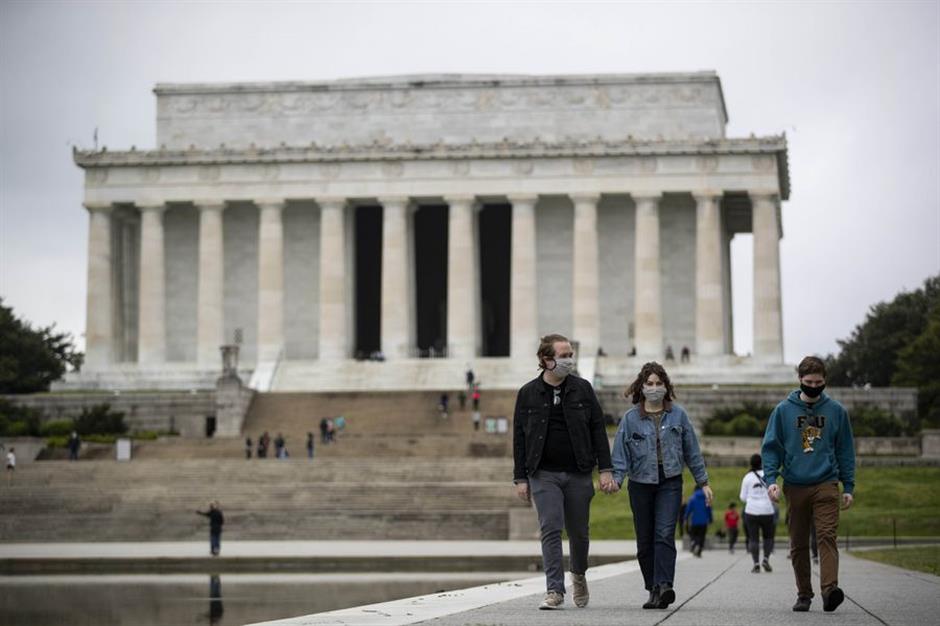 People walk near the Lincoln Memorial in Washington D.C., the United States, April 26, 2020.

"When I spoke with the government and shared my concerns for the American public, that, I believe, was the straw that broke the camel's back and escalated my removal," he said, urging the leadership to allow scientists to "speak without fear of retribution."

"We need to be truthful with the American people. Americans deserve the truth. The truth must be based on science," the official said.

"If we fail to improve our response now, based on science, I fear the pandemic will get far worse and be prolonged. There will be likely a resurgence of COVID-19 this fall that will be greatly compounded by the challenges of seasonal influenza," he said. "Without better planning, 2020 could be the darkest winter in modern history."

Speaking to reporters outside the White House, Trump again reiterated his claim that Bright was a "disgruntled" employee, US political news outlet Politico reported Thursday. 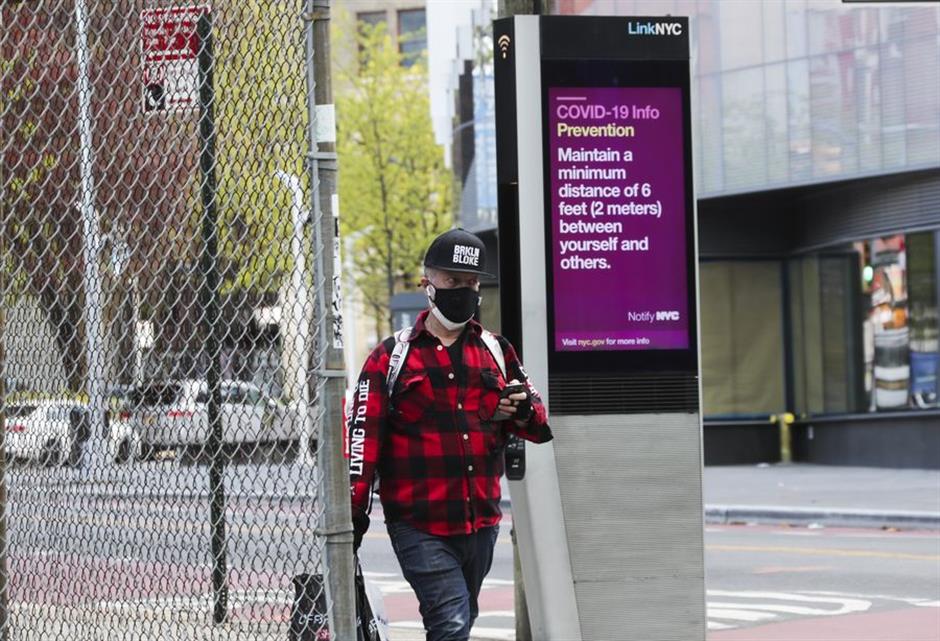 A man walks past an electronic screen showing COVID-19 prevention guidance in Brooklyn of New York, the United States, May 11, 2020.

As the world's most powerful country that leads in medical and biological fields and boasts a well-equipped and accomplished public health system, what went wrong with the US' handling of the pandemic?

Critics have attributed the crisis partly to the White House's failure to act in a timely way, even as alarm bells were ringing from late December onward.

On Dec. 31, the U.S. Centers for Disease Control and Prevention (CDC) said Chinese health officials had reported a cluster of cases of acute respiratory illness in China's central city of Wuhan.

The Chinese and US CDCs talked over the phone about the outbreak on Jan. 3 and since then, the US side has received information on the disease from China on a regular basis.

As early as January, the White House received advice from experts and intelligence services about the need for urgent mitigation measures against the spread of the virus. However, the federal government decided to engage in petty political feuds and over-optimistic predictions, minimizing the significance of the outbreak, according to The Washington Post. 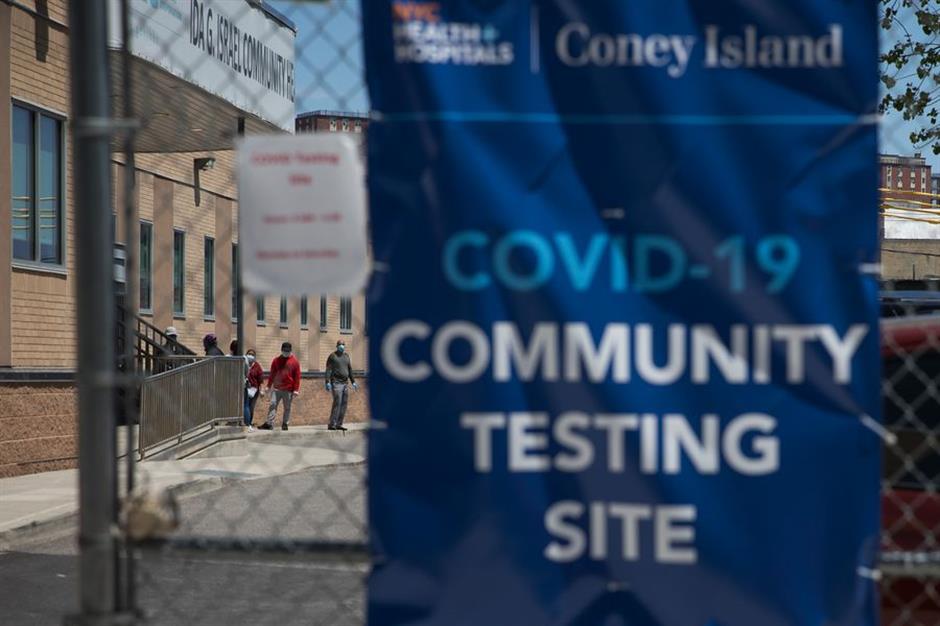 People wait at a COVID-19 community testing center during the COVID-19 pandemic in the Brooklyn borough of New York, the United States, May 14, 2020.

It was not until March 16 that the White House reversed its previously dismissive stance and announced anti-epidemic guidelines.

Fauci argued that had the guidelines been implemented earlier, a crucial period in the exponential spread of the virus would have been mitigated and American lives saved.

"Leading epidemiologists have put a finer point on this, estimating that 50 to 80 percent of COVID-19 deaths in New York and approximately 90 percent of all American COVID-19 deaths can now be attributed to the administration's delay between March 2 and 16," he was quoted by The Washington Post as saying.

While battling the unknown virus, the White House, critics say, has constantly diminished the role of scientists in its decision-making, ignoring their suggestions about enhancing testing capacity.

It removed Nancy Messonnier, a top CDC official, from overseeing the agency's COVID-19 response in February, after he urged preparation for a "significant disruption." Later in April, Bright was ousted.