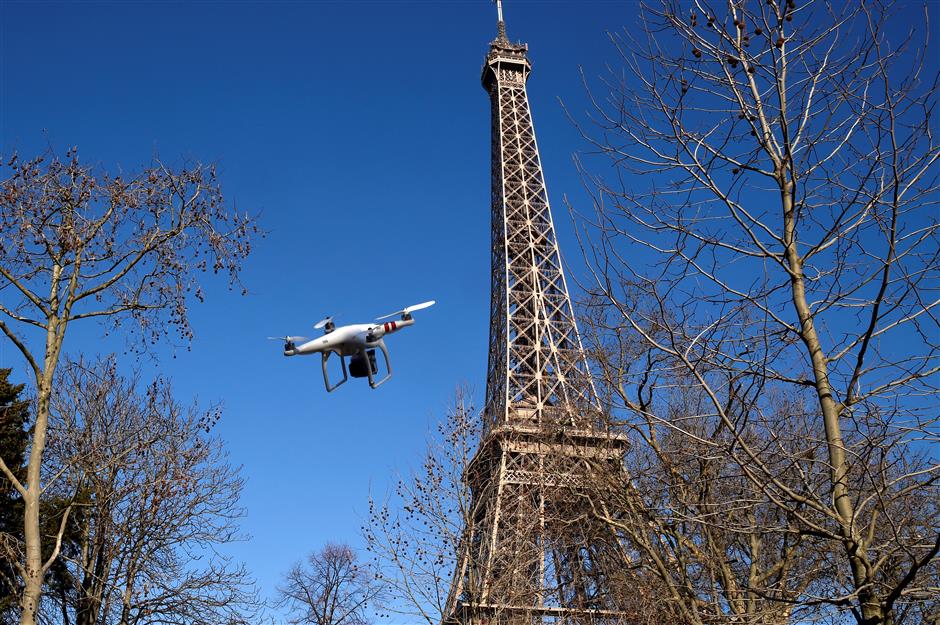 This file illustration picture taken on February 27, 2015 shows an inoperative drone near the Eiffel Tower in Paris. French Council of State (Conseil d'Etat) prohibits the use of surveillance drones in Paris during the deconfinement, AFP reports on May 18, 2020.

France's highest administrative court ruled Monday that Paris authorities could no longer use aerial drones to track people flouting social-distancing rules in the coronavirus fight, handing a victory to rights groups who warned of a threat to personal privacy.

The devices have been deployed in dozens of cities around the world to ensure lockdowns to contain the outbreak are being respected, raising worries that officials were gaining unprecedented surveillance powers during the crisis.

Two French plaintiffs, the Human Rights League and the digital advocacy group Quadrature du Net, filed a case against the Paris drone flights with the State Council this month.

Citing a Senate report, they said police had carried out 251 surveillance flights nationwide between March 24 and April 24, just after France imposed the strict stay-at-home orders.

Paris police and interior ministry officials said they were not trying to identify people but only watch for any illicit gatherings so they would know where to send patrols.

But in its ruling, the State Council said that since the drones' cameras could let police identify individuals on the ground, "there are risks they could be used contrary to personal data protection rules."

In order to use them, the government would need to issue a decree setting out conditions of their use and secure approval from the national CNIL data privacy watchdog, the council said.

Alternatively, authorities would have to equip the drones with technology that makes it impossible to identify people being filmed.

The ruling could lead to challenges against drone use in Marseille, Nice and other French cities as the country begins to lift its coronavirus lockdowns.

"There's no reason to believe this decision should not be applied across all French territory," Patrice Spinosi, a lawyer for the Human Rights League, told AFP.