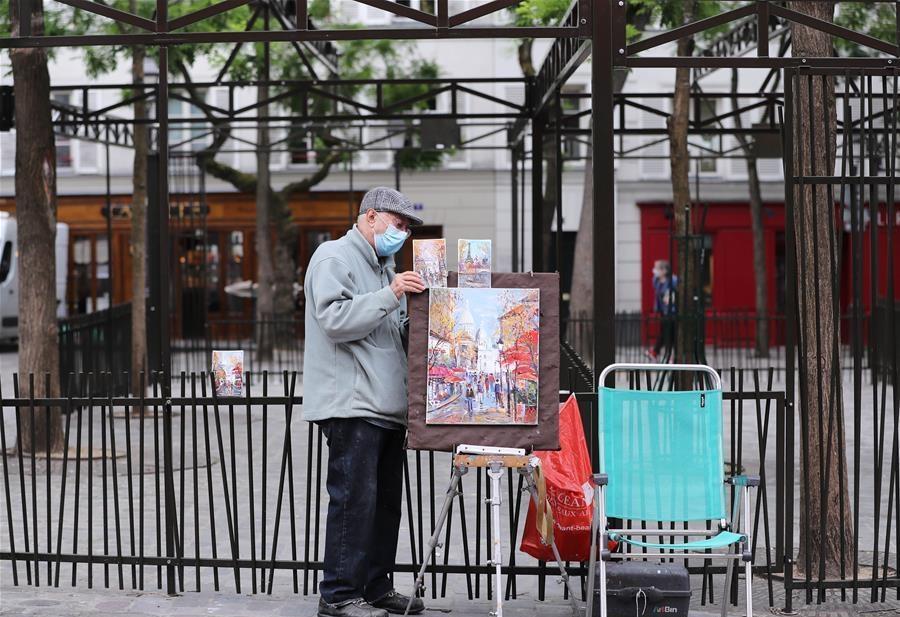 A street artist waits for customers at the Montmartre in Paris, France on May 22, 2020.

Citing a doctor at Avicenne and Jean-Verdier hospitals near Paris, BBC reported that the patient "must have been infected between 14 and 22 December, as coronavirus symptoms take between five and 14 days to appear."

Meanwhile, according to French broadcaster BFMTV, the patient had not left France before falling sick.

The French health ministry told the BBC that the government was obtaining confirmation on the case and that it would consider further investigations if they proved necessary.