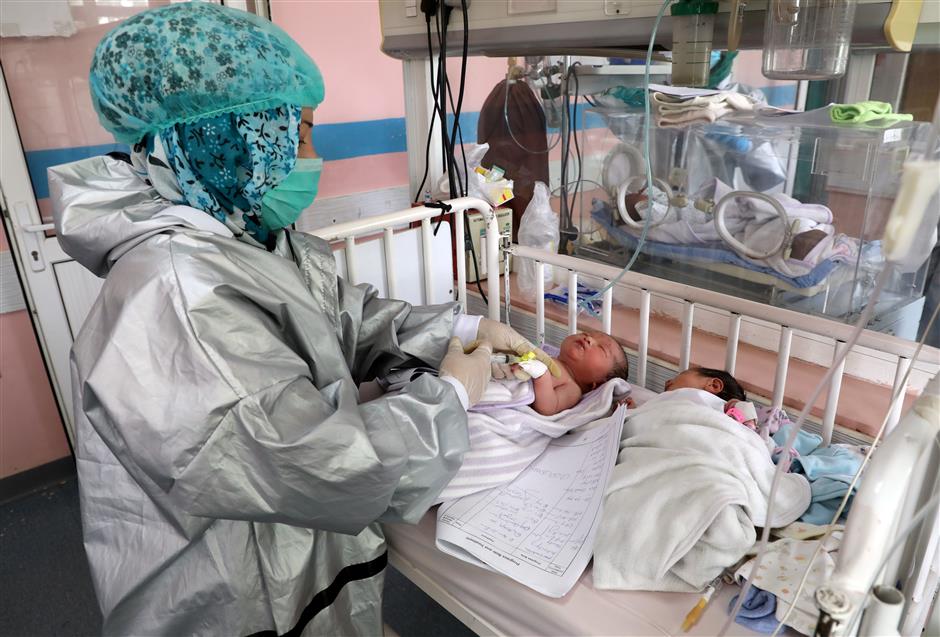 In this file photo captured on May 13, 2020, an Afghan nurse observes newborn children who lost their mothers during an attack at a hospital in Kabul, Afghanistan the day before.

Doctors Without Borders said it closed its operation on Tuesday in Kabul, ending years-long work to support a maternity hospital in the Afghan capital. The closure came a month after a horrific attack at the facility killed 24 people, including two infants, nurses and several young mothers.

The international charity, also known by its French acronym MSF, said it would keep its other programs in Afghanistan running, but did not go into details.

The May 12 attack at the maternity hospital set off an hours-long shootout with Afghan police and also left more than a dozen people wounded. The hospital in Dashti Barchi, a mostly Shiite neighborhood, was the Geneva-based group's only project in the Afghan capital.

No one claimed responsibility for the assault. The Taliban promptly denied involvement in the attack, which the US said bore all the hallmarks of the Islamic State group's affiliate in Afghanistan — an attack targeting the country’s minority Shiites in a neighborhood of Kabul that IS militants have repeatedly attacked in the past.

Moller said the organization still hopes that an Afghan government investigation would uncover who was behind it.

“So, given this lack of information ... we have decided that it is a safer option to close this project for the time being,” Moller said.

MSF had been working at the clinic in the predominantly Hazara neighborhood in collaboration with the Afghan Ministry of Public Health since 2014, providing free-of-charge maternity and neonatal care. The group started working in Afghanistan in 1980 and continues to run medical programs in the provinces of Helmand, Herat, Kandahar, Khost, and Kunduz. Other projects would continue, MSF said.

“It is going to affect a lot of people, not just our team, but also the wider community at large, in particular the community that we were serving in Dasht-e-Barchi,” Moller said .

The work that the organization did at the clinic affected some 1.5 million people of the area, he added. Last year, 16,000 babies were delivered at the hospital, a statistic that MSF was proud of. Now, around 130 hospital staff members funded by MSF would lose their pay.

“It is a huge impact, not just for our organization, but for the community at large,” Moller added.

The May attack in Kabul was not the worst involving MSF. In October 2015, a US Air Force AC-130 gunship repeatedly struck a well-marked Doctors Without Borders hospital, killing 30 people in the northern Afghan city of Kunduz.

At the time, the US and Afghan forces were locked in a ground battle to retake the city of 300,000 from the Taliban. There were 105 patients, 140 Afghan staffers and nine international staff inside, along with dozens of visitors who were caring for friends and relatives as is a custom in Afghanistan.