NYC on track to enter phase 3 of reopening on July 6: mayor 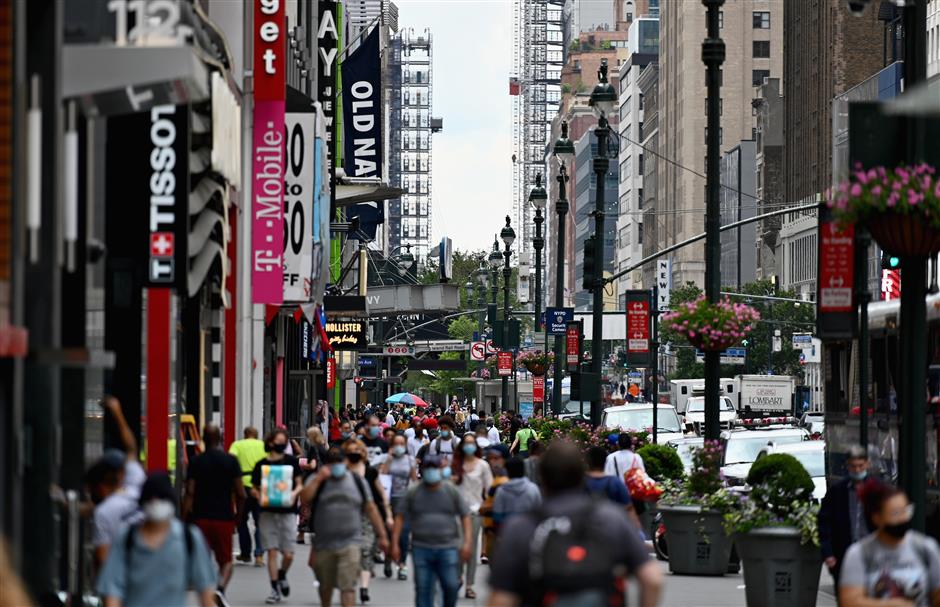 New York City is on track to enter phase three of reopening as early as July 6, two weeks after it entered phase two, Mayor Bill de Blasio said on Thursday.

"This is exciting. We keep making progress," said the mayor at his daily briefing. "We're gonna be working closely with the state of New York to make the final decision as we get closer."

The city's viral transmission rate is currently at around 1 percent, one of the lowest levels in the country.

He said the city will offer free COVID-19 antibody tests at its 11 acute care facilities and select public health centers, for people who have not had COVID-19 symptoms or a positive COVID-19 test within the past two weeks.

Personal care services such as nail salons are allowed to reopen in phase three, and restaurants can resume indoor service, with 50 percent capacity, according to the state's phased reopening strategy.

The mayor said the city's outdoor recreational areas, including those for basketball, tennis, volleyball, dog runs, handball and bocce, will reopen in phase three.

He announced on Wednesday that swimming will be allowed at the city's eight public beaches starting on July 1, but only when lifeguards are on duty from 10:00am to 6:00pm.

New York City is the only region in the state that is still in phase two. Five regions in upstate and central New York will enter phase four on Friday.

New York State Governor Andrew Cuomo on Thursday announced that statewide COVID-19 hospitalizations have dropped below 1,000 for the first time since March 18, reaching 996 on the day before.

This is down from a peak of approximately 18,825 hospitalizations on April 12, said Cuomo as a guest on CNN's New Day.

"Facts are facts, even in this crazy political environment, and what we're saying in New York is we did the right thing," he said.