COVID-19 cases in US may be 10 times higher than reported, says CDC chief 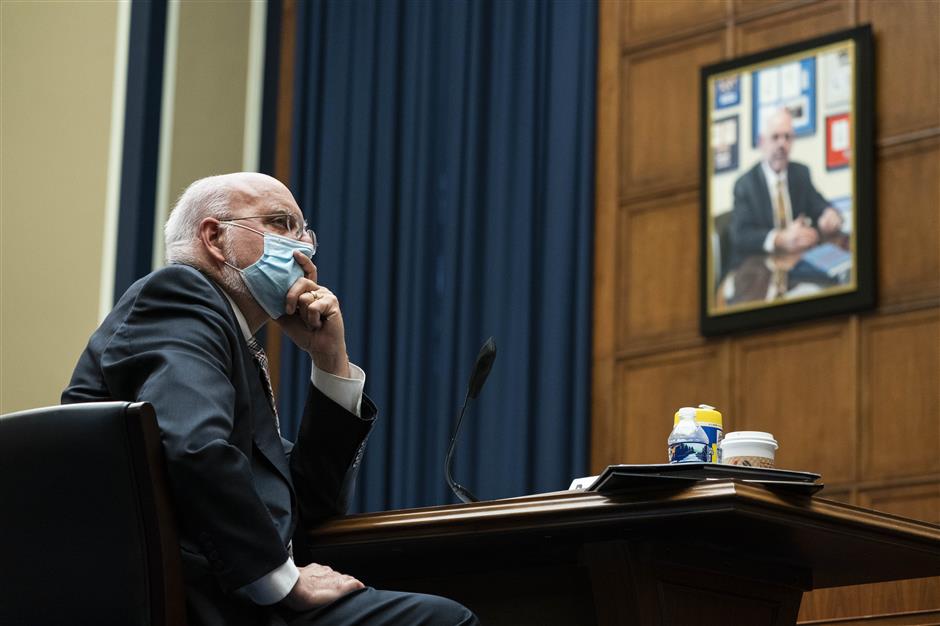 Robert Redfield, director of the Centers for Disease Control and Prevention, testifies before a hearing of the House Committee on Energy and Commerce on Capitol Hill on June 23, 2020, in Washington, DC.

The number of people in the United States who have been infected with the coronavirus is likely to be 10 times as high as the 2.4 million confirmed cases, the chief of the US Centers for Disease Control and Prevention said on Thursday.

CDC Director Robert Redfield's estimate, shared with reporters in a conference call, was based on antibody tests. It indicates that at least 24 million Americans have been infected so far.

The antibody tests examine a person's blood for indicators that the immune system has mounted a response to an infection.

Redfield said he believes 5 to 8 percent of the population has been exposed so far.

"Our best estimate right now is that for every case that we've recorded, there actually were 10 other infections," he told reporters.

More than 2,418,000 COVID-19 cases have been reported in the United States with the fatalities surpassing 124,000 as of Thursday night, according to a tally by Johns Hopkins University.

Case counts continued to surge to record levels in many states, including Texas, Alabama, Missouri and Nevada.

The elevated numbers are a result of worsening conditions across much of the country, as well as increased testing.

Texas, one of the fastest states to ease its shutdown, halted steps to reopen its economy on Thursday after a sharp rise in recent cases.