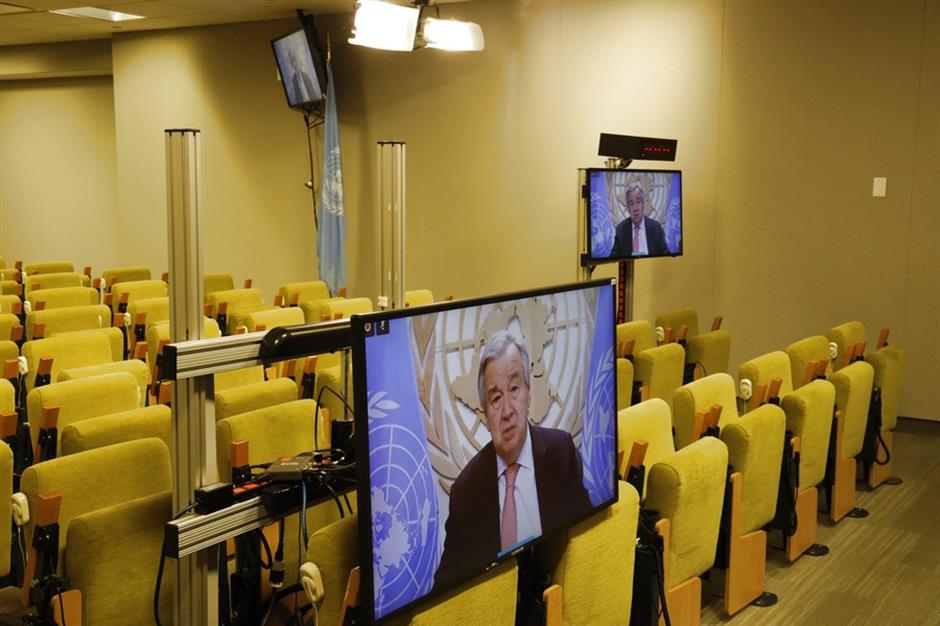 United Nations Secretary-General Antonio Guterres (on the screens) speaks at a virtual press briefing at the UN headquarters in New York, on June 25, 2020.

The UN Charter "brought rules and hope to a world in ruins," Secretary-General Antonio Guterres told a virtual ceremony on Friday, commemorating 75 years since the organization's foundational text was signed.

Conceived above all as a means to save future generations from the scourge of war, the Charter calls for the organization to maintain international peace and security; promote social progress and better standards of life; strengthen international law; and promote human rights.

The UN Charter "remains our touchstone for a world mired in a pandemic, torn by discrimination, endangered by climate change and scarred by poverty, inequality and war," the UN chief said.

Speaking of the post-war multilateral arrangements, Guterres said that they "have compiled a solid record of service - saving millions of lives, advancing the human condition and fulfilling its cardinal task of preventing World War Three."

"Today's marches against racism were preceded by widespread protests against inequality, discrimination, corruption and lack of opportunities all over the world - grievances that still need to be addressed, including with a renewed social contract," he said. 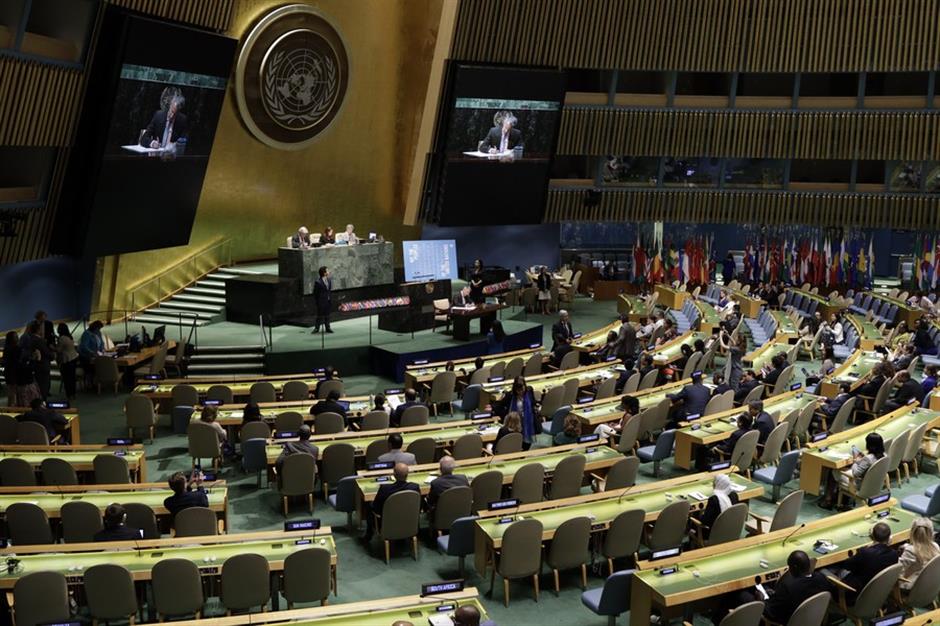 Recalling what the founding people of the UN did 75 years ago, Guterres said that the delegates in San Francisco in 1945, "having themselves lived through a global pandemic, depression and war, seized their opportunity to plant the seeds of something better and new."

"Today, we must do the same," he stressed.

The UN chief encouraged the international community to drive onward by displaying "heroism and solidarity" in the fight against the pandemic; embracing the Sustainable Development Goals; and advancing "equality, climate action and green economy."

The penholders of the Charter "dared to imagine a better world defined by peace and equality," General Assembly President Tijjani Muhammad-Bande told the commemoration.

"As we work towards the future we want, and the UN we need, we must be results-focused," he asserted. "Now more than ever, we need a strong UN development system and effective collaboration between the UN and international financial institutions."

In pursuit of inclusive multilateralism, the Assembly president said that "we must continue to create space for civil society and ensure the full participation of voices that have gone unheard for too long," such as women, youth, indigenous persons and people with disabilities.

"This is a moment of reckoning for our shared planet and shared future. This is a time for action, ambition and partnership," he said.

Mona Juul, President of the UN Economic and Social Council (ECOSOC) pledged "to continue engaging ... to ensure that ECOSOC remains as relevant today and, in the future, as it was when first envisioned in the Charter 75 years ago."

"Today, the world is shifting beneath our feet," she said, calling the COVID-19 pandemic "a wake-up call for us to strengthen international collaboration."

"Seventy-five years ago, today, the UN Charter was signed in San Francisco," chief for UN political and peacebuilding affairs Rosemary DiCarlo said. "A declaration of unity of purpose after the ravages of the Second World War, it set out our mission: 'to save succeeding generations from the scourge of war' (and) guides us to this day."