Princeton University to remove name of its former president 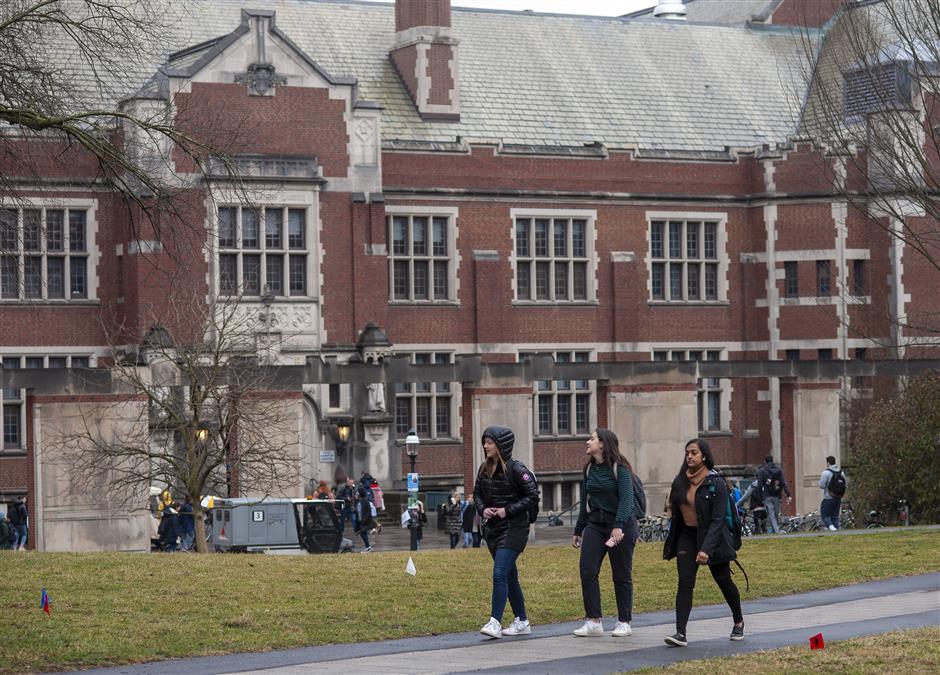 In this file photo taken on February 4, 2020, students walk on campus at Princeton University in Princeton, New Jersey.

Princeton University will remove former President Woodrow Wilson's name from its public policy school and a residential college since his "racist views and policies make him an inappropriate namesake," Princeton President Christopher Eisgruber announced on Saturday.

The Princeton University Board of Trustees voted on Friday to remove the name. The school will be known as the Princeton School of Public and International Affairs, while the college will simply be called First College.

"The trustees concluded that Woodrow Wilson's racist thinking and policies make him an inappropriate namesake for a school or college whose scholars, students, and alumni must stand firmly against racism in all its forms," Eisgruber said in his letter to the Princeton community, noting the decision was on his recommendation.

"Wilson's racism was significant and consequential even by the standards of his own time. He segregated the federal civil service after it had been racially integrated for decades, thereby taking America backward in its pursuit of justice. He not only acquiesced in but added to the persistent practice of racism in this country, a practice that continues to do harm today," Eisgruber wrote.

The Princeton board had previously considered removing Wilson's name in 2016 months after a group of student activists occupied the university president's office, Eisgruber noted.

However, Princeton will keep conferring the Woodrow Wilson Award as currently named, the Princeton board said in a statement on Friday. The award is the university's highest honor for an undergraduate alumnus or alumna conferred annually on Alumni Day.

The Woodrow Wilson Award, "unlike either the College or the School, is the result of a gift. When the University accepted the gift, it took on a legal obligation to name the prize for Wilson and honor his "conviction that education is for 'use' and ... the high aims expressed in his memorable phrase, 'Princeton in the Nation's Service,'" said the Princeton board statement.

"Though scholars disagree about how to assess Wilson's tenure as president of the United States, many rank him among the nation's greatest leaders and credit him with visionary ideas that shaped the world for the better, "the Princeton board noted in the statement.

Wilson, a Democrat, served as president of Princeton University and as the 34th governor of New Jersey before winning the 1912 presidential election. He was the 28th US president from 1913 to 1921.