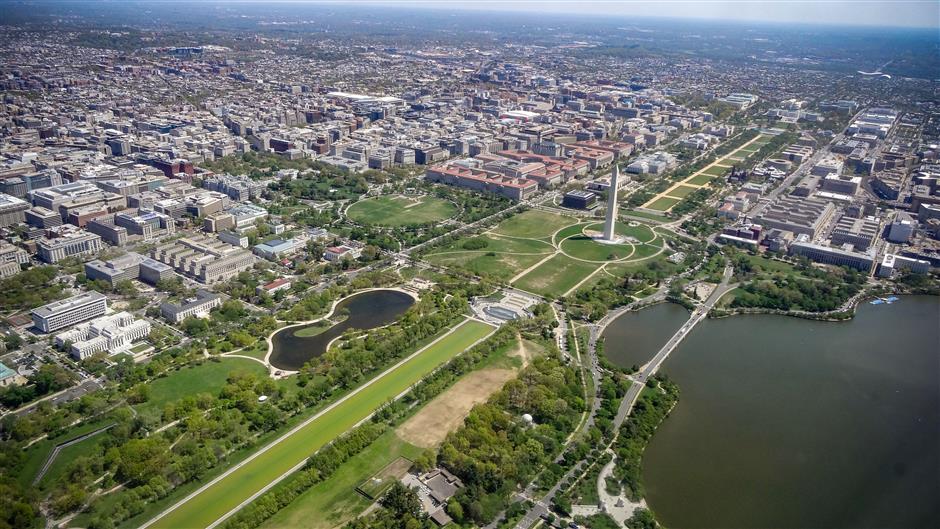 Four decades after launching its drive for statehood, Washington, DC, the capital of the United States, was poised to take a step toward becoming the 51st state as the House of Representatives on Friday approved its admission.

The initiative passed in the Democratic-controlled House by a vote of 232-180, with no Republicans supporting it.

Proponents say Washington’s 700,000 inhabitants have no voice in the federal government, despite paying federal taxes. That status is protested with a slogan on Washington’s automobile license plates that screams: “Taxation without representation.”

“Congress has two choices: It can continue to exercise undemocratic, autocratic authority over the 705,000 American citizens who reside in our nation’s capital ... or Congress can live up to its nation’s promise and ideals,” said Eleanor Holmes Norton, Washington’s congresswoman, who is not able to vote on legislation.

Local anger over the district’s status flared up most recently during the coronavirus pandemic. Washington received US$500 million for its pandemic response, compared with the US$1.2 billion the federal government accorded to each of the 50 states.

Amid nationwide protests sparked by the killing of George Floyd, an African-American man who died after a police officer kneeled against Floyd’s neck, Trump sent National Guard troops to the district to quell protests against racism and police brutality, regardless of District Mayor, Muriel Bowser’s objection.

Opponents, many of whom are Republicans, say granting Washington, DC statehood would give an advantage to Democrats, who would be guaranteed two presumptive Senate seats. Some Republicans also doubted the ability of District’s government to operate as a state.

As for next steps, the Republican-controlled Senate is not expected to consider the legislation, and President Donald Trump has publicly opposed the move. Therefore, proponents are looking forward to achieving their goal in the November election if Democrats win. According to Wall Street Journal, Democratic presidential nominee Joe Biden supports granting statehood.

If they eventually succeed, the state would be named Washington, Douglass Commonwealth, after George Washington, the first US president, and Frederick Douglass, a former enslaved person turned famed abolitionist.

It would include the district’s residents, but not major federal buildings, the National Mall, memorials and the museums, which would be housed in a federal enclave because the Constitution requires a federal seat of government outside of any state.

The last time the United States expanded was 1959, when Congress approved admitting Alaska and Hawaii as the 49th and 50th states, respectively, following congressional votes and the support of the president.