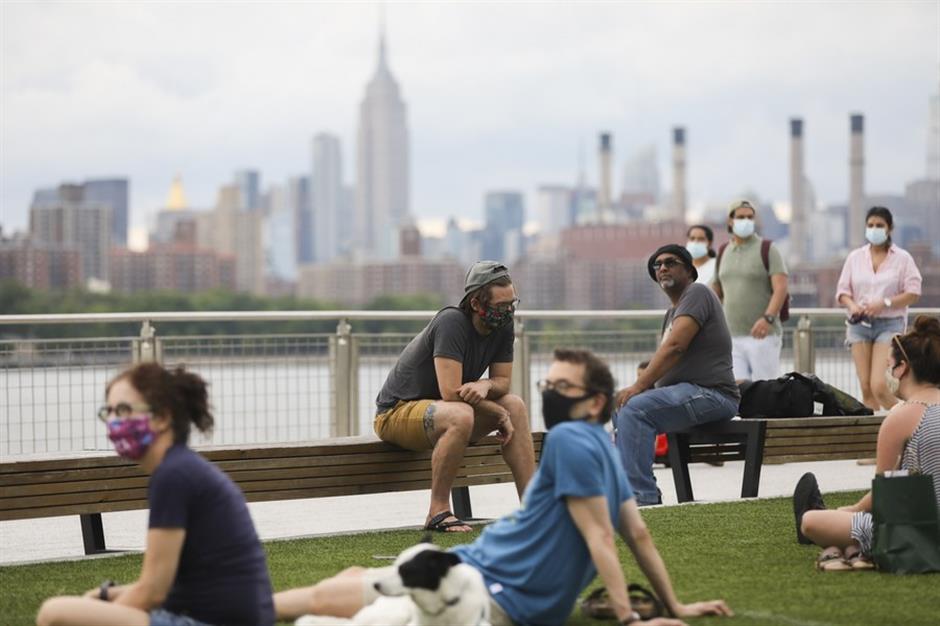 The coronavirus pandemic continues to ravage the world, with the death toll worldwide having topped 500,000, and cases surging in Latin American and African nations.

Global COVID-19 deaths surpassed 500,000 on Sunday, according to the Center for Systems Science and Engineering (CSSE) at Johns Hopkins University.

Latest data from the CSSE showed that the current death toll stands at 501,281, while the number of confirmed cases has surpassed 10,117,000.

The pandemic has not reached its peak in the Americas, and the situation is "particularly intense" in Central and South America, Michael Ryan, executive director of World Health Organization Health Emergencies Program, said last week.

In the last 24 hours, 30,476 new cases were reported, bringing the national count to 1,344,143, the Brazilian Health Ministry said in its daily report.

The country ranks the second in the world in both the caseload and deaths, only after the United States.

In Peru, the Health Ministry reported Sunday 3,430 new cases, taking the national tally to 279,419 with a total of 9,317 deaths, with the capital Lima being the hardest hit region.

A total of 10,861 people have required hospital care, including 1,178 in intensive care units and on ventilators, according to the ministry.

The Peruvian government has said the nation's COVID-19 outbreak has reached a plateau and has begun to reactivate the economy with preventive measures in place.

Chile has a state of catastrophe in place, including a curfew in hard-hit areas since late March that has seen soldiers and police officers deployed in the streets to enforce lockdown orders and other restrictions.

Cases have also kept mounting on the African continent. The number of confirmed cases across the continent reached 371,548 as of Sunday morning, the Africa Centers for Disease Control and Prevention (Africa CDC) said.

South Africa, Egypt, Nigeria and Ghana are among the African countries severely impacted by COVID-19.

South Africa, the most-affected country in the region, registered a caseload of 138,134 on Sunday, of which 6,334 were reported in the past 24 hours.

South African Health Minister Zweli Mkhize on Sunday urged his countrymen to prepare for a further surge in cases during the winter season.

It is anticipated that every province will unfortunately witness an increase in confirmed COVID-19 cases, the minister said, identifying Gauteng and Western Cape provinces as the most noticeable hotspots.

John Nkengasong, director of Africa CDC, on Friday urged the African continent to brace itself for a rise in the number of cases after easing of lockdowns. He noted that the onset of the pandemic was delayed in Africa but the number of cases and deaths "is increasing rapidly every day."