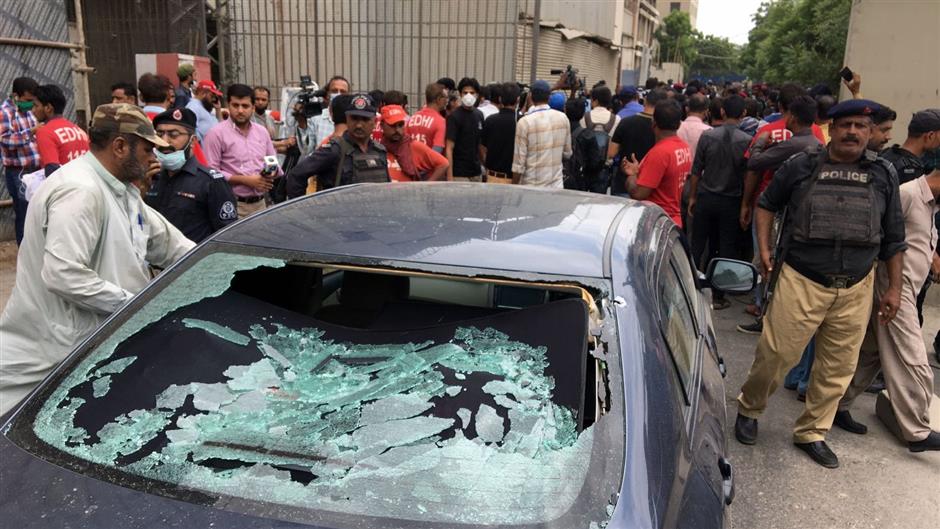 The site of an attack at the entrance of the Pakistan Stock Exchange in Karachi on June 29, 2020.

Seven people were killed, including four armed militants, two civilians and one police officer, in a gun and grenade attack at the Pakistan Stock Exchange in Karachi on Monday, local media reported.

All four gunmen have been killed by the police. The surrounding areas have been sealed off.

The injured are being escorted to a nearby hospital for medical treatment.