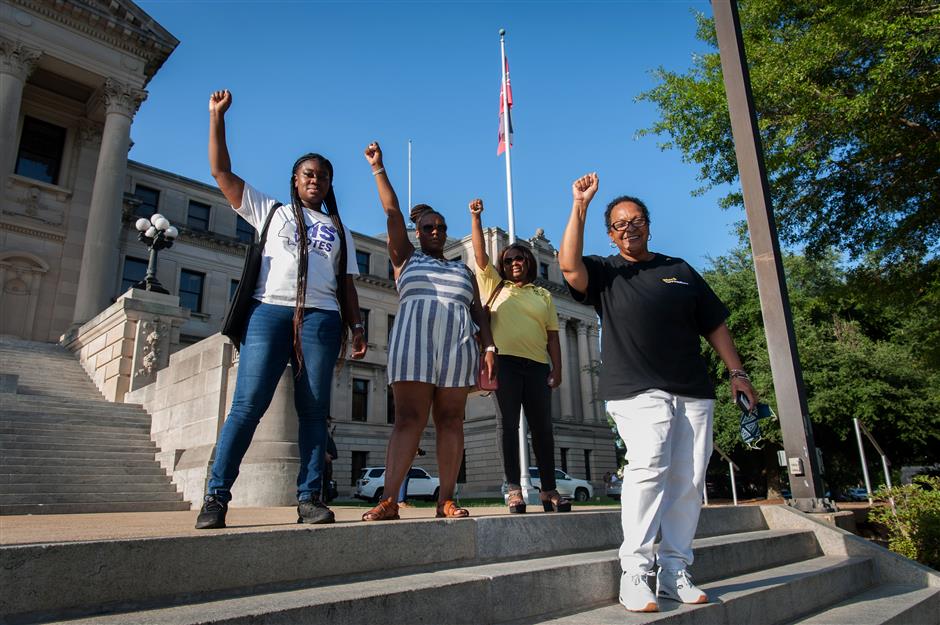 US state Mississippi will retire the last state flag in the US with the Confederate battle emblem.

A broad coalition of lawmakers — Black and white, Democrat and Republican — voted on Sunday for change as the state faced increasing pressure amid nationwide protests against racial injustice.

The bill is now waiting for the state Governor Tate Reeves to pass in the next few days, who has said he would sign it into law.

Mississippi has a 38 percent Black population, and critics have said for generations that it’s wrong to have a flag that prominently features an emblem many condemn as racist.

Democratic Senator David Jordan told his colleagues just before the vote that Mississippi needs a flag that unifies rather than divides.

“Let’s do this because it’s the right thing to do,” Jordan said.

Cheers rang out in the state Capitol after the Senate vote. Some spectators wept. Legislators embraced each other, many hugging colleagues who were on the opposing side of an issue that has long divided the tradition-bound state.

Democratic Representative Robert Johnson of Natchez choked back tears as he told reporters that he has seen white colleagues develop more empathy about how the Confederate symbol is painful to him and other African Americans.

“They began to understand and feel the same thing that I’ve been feeling for 61 years of my life,” Johnson said.

A commission will design a new flag that cannot include the Confederate symbol and that must have the words “In God We Trust.” Voters will be asked to approve the new design in the November 3 election. If they reject it, the commission will set a different design using the same guidelines, and that would be sent to voters later.

Republican House Speaker Philip Gunn, who is white, has pushed for five years to change the flag, saying the Confederate symbol is offensive.

“How sweet it is to celebrate this on the Lord’s day,” Gunn said. 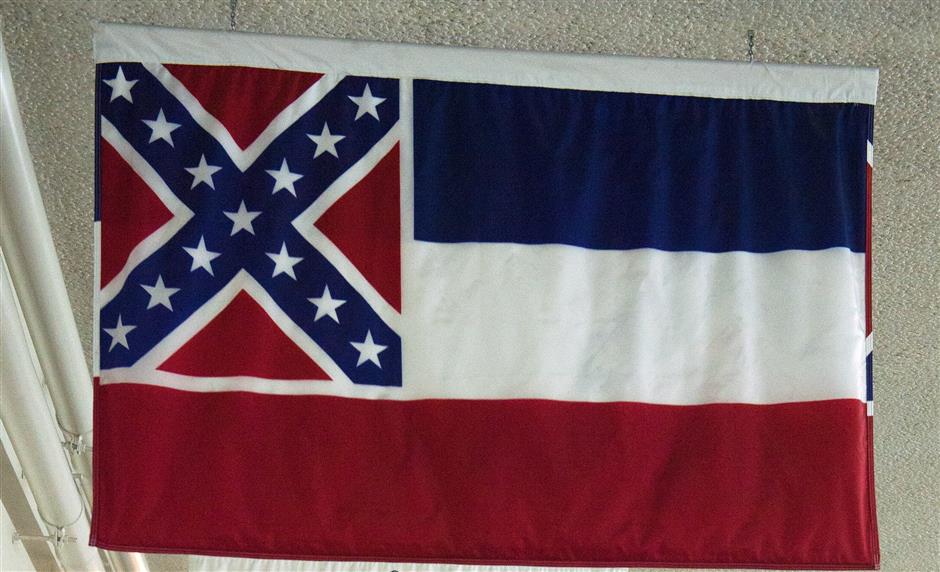 In this file photo taken on June 23, 2015 the Mississippi state flag hangs in an underground hallway at the US Capitol in Washington, DC. The battle emblem is a red field topped by a blue X with 13 white stars.

Legislators put the Confederate emblem on the upper left corner of Mississippi flag in 1894, as white people were squelching political power that African Americans had gained after the Civil War.

The battle emblem is a red field topped by a blue X with 13 white stars.

The Mississippi Supreme Court found in 2000 that when the state updated its laws in 1906, portions dealing with the flag were not included. That meant the banner lacked official status. The Democratic governor in 2000, Ronnie Musgrove, appointed a commission to decide the flag’s future. It held hearings across the state that grew ugly as people shouted at each other about the flag.

Legislators then opted not to set a flag design themselves, and put the issue on the 2001 statewide ballot in which voters chose to keep the flag.

An increasing number of cities and all Mississippi’s public universities have taken down the state flag in recent years.

At a Black Lives Matter protest outside the Mississippi Governor’s Mansion in early June, thousands cheered as an organizer said the state needs to divorce itself from all Confederate symbols.

Former Mississippi Governor William Winter, who is now 97, served on then-President Bill Clinton’s national advisory board on race in the 1990s and was chairman of the Mississippi flag commission in 2000. Winter said on Sunday that removing the Confederate symbol from the banner is “long overdue.”

Democratic state Senator Derrick Simmons of Greenville, who is African American, said the state deserves a flag to make all people proud.

“Today is a history-making day in the state of Mississippi,” Simmons said. “Let’s vote today for the Mississippi of tomorrow.”