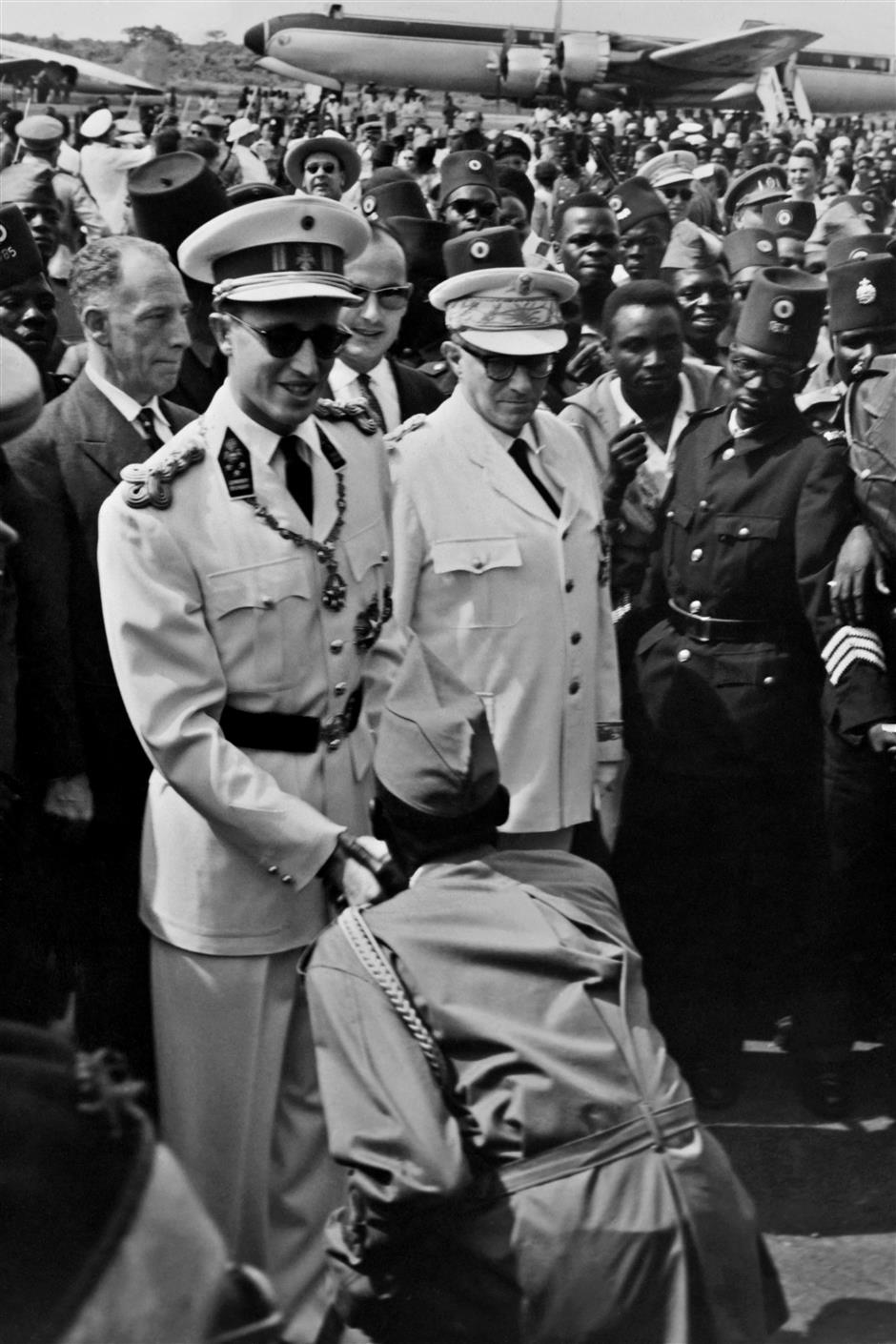 In this file photo taken on December 18, 1959, a former Congolese soldier salutes king Baudoin of Belgium as he arrives at Stanleyville (former name of Kisangani).

Belgium’s King Philippe expressed his “deepest regrets” on Tuesday for the harm done during Belgian colonial rule in DR Congo, in a first for his country.

Philippe made his remarks in a letter to the president of the Democratic Republic of Congo, Felix Tshisekedi, on the 60th anniversary of Congo’s independence on June 30, 1960.

The death of African American George Floyd last month as he was being arrested by police in the US city of Minneapolis has also stoked fresh debate in Belgium over its colonial record.

Belgium’s colonization of the vast mineral-rich country was reputed to be one of the harshest regimes imposed by European powers that ruled most of Africa in the late 19th and 20th centuries.

Historians say that millions of Africans from areas in what is now the Democratic Republic of Congo were killed, mutilated or died of disease as they worked on rubber plantations belonging to Belgium’s King Leopold II.

“I want to express my deepest regrets for these wounds of the past whose pain is reawakened today by the discrimination still present in our societies,” Philippe, an indirect descendent of Leopold II, said.

Without mentioning Leopold by name, he said that during this period “acts of violence and cruelty were committed which weigh on our collective memory.”

“The colonial period which followed (1908-60) also caused suffering and humiliation,” he said. 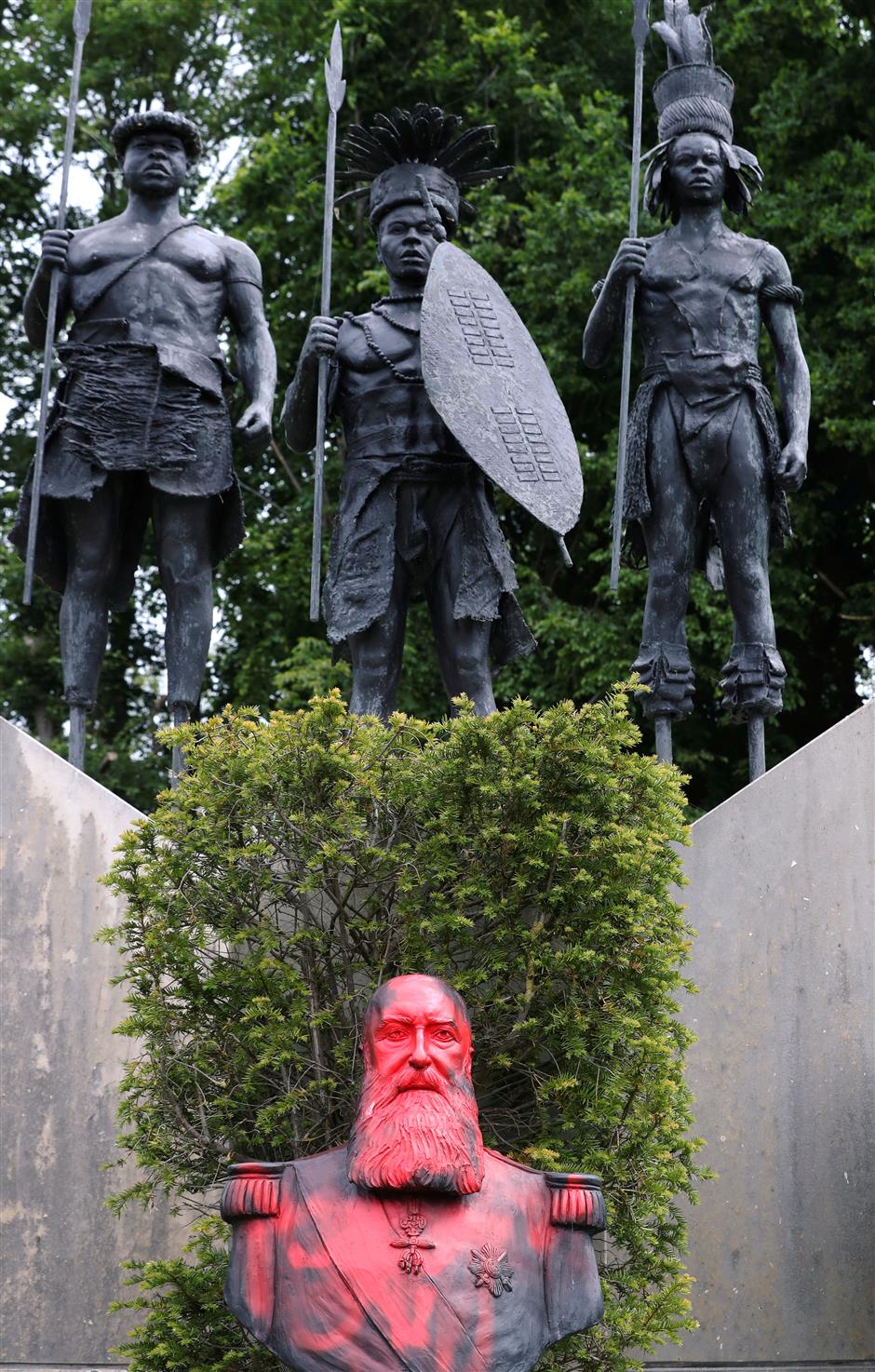 A statue of former Belgian King Leopold II, a controversial figure in the history of Belgium, sprayed with graffiti, stands in the park at the Africa Museum in Tervuren.

On the day Congo broke away from Belgian colonial rule, the country’s prime minister and independence icon Patrice Lumumba delivered a scathing speech about the racist maltreatment and “humiliating slavery” the Congolese people had endured.

“We experienced the slurs, the insults, the beatings that we had to undergo morning, noon and evening, because we were negroes,” he proclaimed.

King Philippe said he would combat all forms of racism and said he wanted to encourage the reflection on the issue begun by the Belgian parliament so that such memories could be put to rest.

Several statues of Leopold, who ruled between 1865 and 1909, have been daubed with paint or torn down by protesters in Belgium in recent weeks, and a petition has been launched for their removal. 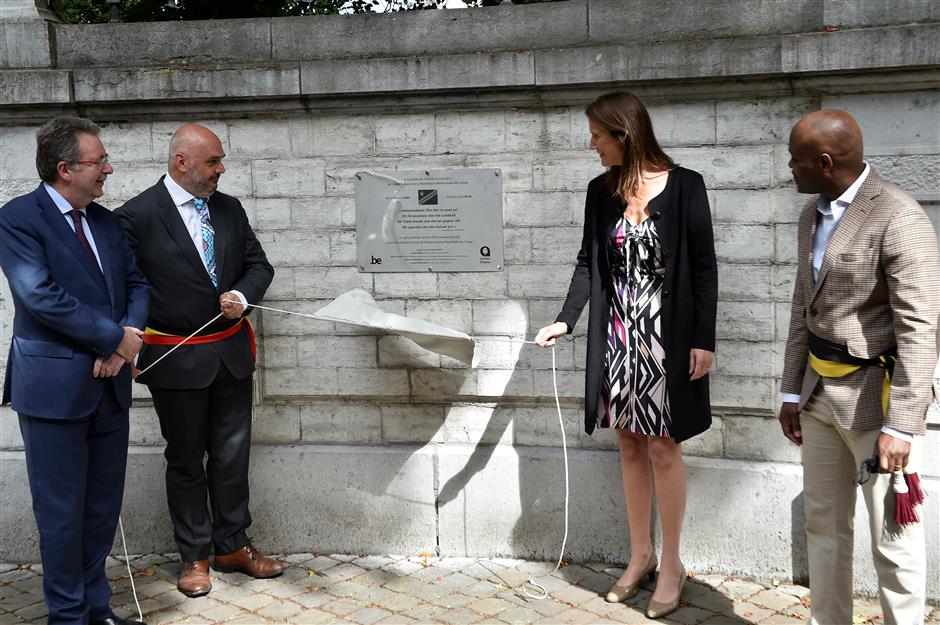 Belgian Prime Minister Sophie Wilmes and Ixelles-Elsene Mayor Christos Doulkeridis gather during a ceremony as part of the 60th anniversary of the Congolese Independence, in Ixelles on Tuesday.

“The time has come for Belgium to embark on a journey of truth,” said Prime Minister Sophie Wilmes in Brussels during a ceremony marking Congo’s independence day.

“All work of truth and memory begins with acknowledging the suffering of the other,” she added.

Through concession companies, Leopold II used forced labor to extract rubber in Congo, among other things.

Harsh treatment — up to the cutting off of hands for unproductive workers — have been documented.

According to most historians the violence did not stop after Leopold II, and a regime of strict separation of blacks and whites, comparable to the apartheid of South Africa, was maintained for decades.

“We have heard of the famous ‘benefits of civilization’ brought by the Belgians,” said Romain Landmeters, a researcher at the University Saint-Louis in Brussels.

“But between the roads, hospitals, schools, we know that everything that was built was essentially intended to serve this system of extraction and production of wealth for the settlers,” he said.