Broadway lights off until 2021 due to the pandemic 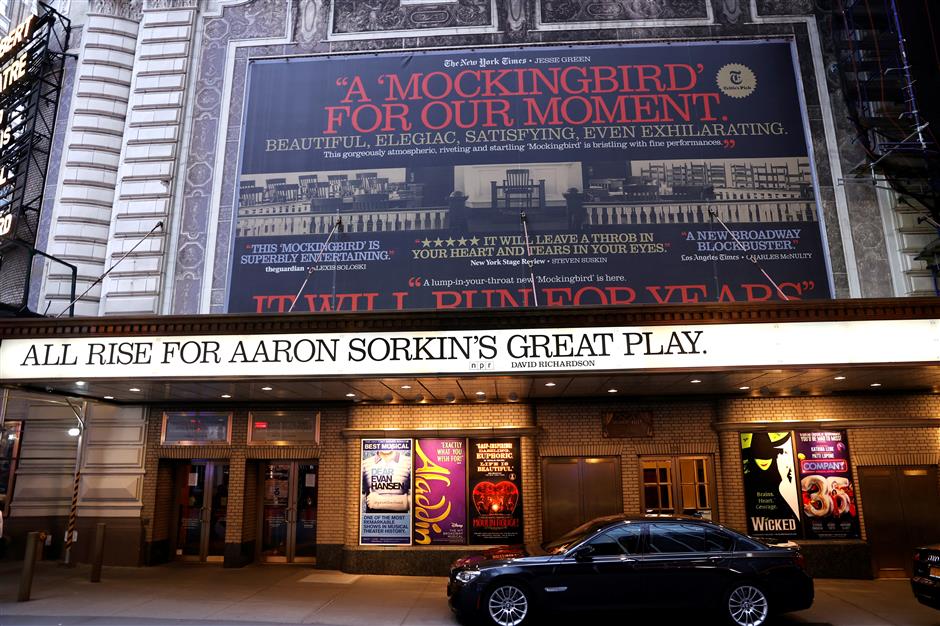 The closed Shubert Theater where the play “To Kill A Mockingbird” plays after it was announced that Broadway shows will cancel performances due to the coronavirus outbreak in New York, US, on March 12, 2020.

New York’s iconic Broadway theater district will stay closed through the end of the year, its trade association said on Monday, due to the unpredictability of the coronavirus pandemic.

The Broadway League did not set a date for performances to resume, but is offering refunds and exchanges for tickets purchased for all shows through January 3.

The association said plans to safely reopen New York’s most bankable tourist attraction were being developed, including on screening and testing showgoers, along with cleaning and sanitizing protocols.

Reopening the arts and entertainment sectors, a major feature of life in New York, technically is in the final phase of Governor Andrew Cuomo’s four-part plan to return economic and cultural activity to the state.

Plays and musicals are considered mass gatherings, likely the last facet of pre-coronavirus life to reopen.

The Broadway League said performances could resume in early 2021 “over a series of rolling dates” to end its longest shutdown in history.

“The alchemy of 1,000 strangers bonding into a single audience fueling each performer on stage and behind the scenes will be possible again when Broadway theaters can safely host full houses,” Thomas Schumacher, chairman of The Broadway League, said.