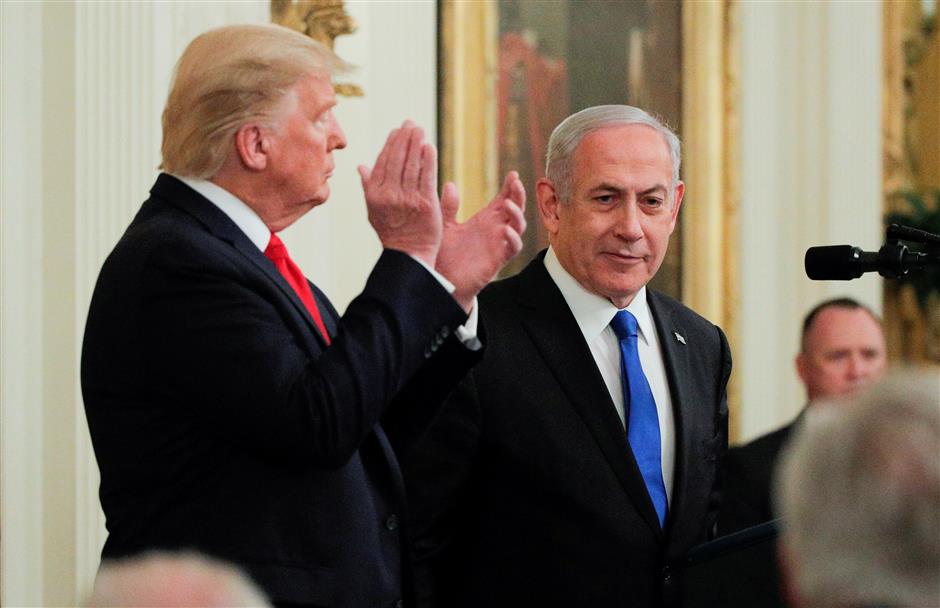 In this file photo, US President Donald Trump applauds Israel’s Prime Minister Benjamin Netanyahu as they appear together at a joint news conference to discuss a new Middle East peace plan proposal in the White House in Washington, US, on January 28, 2020.

Israel’s foreign minister said on Wednesday he doubts Prime Minister Benjamin Netanyahu’s plan to annex parts of the West Bank will start on its target date, casting further uncertainty over whether Israel would ultimately follow through on the explosive initiative that has drawn fierce international condemnation.

“I don’t know what will be. I’m not a prophet,” Gabi Ashkenazi told Israel’s Army Radio. “I can assume that it won’t happen today.”

Netanyahu had aimed to start the process by Wednesday, and eager to begin annexing West Bank territory in line with US President Donald Trump’s Mideast plan. The plan, unveiled in January, envisions bringing some 30 percent of the territory under permanent Israeli control, while giving the Palestinians limited autonomy in the remaining land.

But the plan, which all but rules out the prospect of an independent Palestinian state alongside Israel, has come under stiff international criticism. The United Nations, the European Union and key Arab countries have all said Israel’s annexation would violate international law. Even close allies, like Britain, have opposed it. 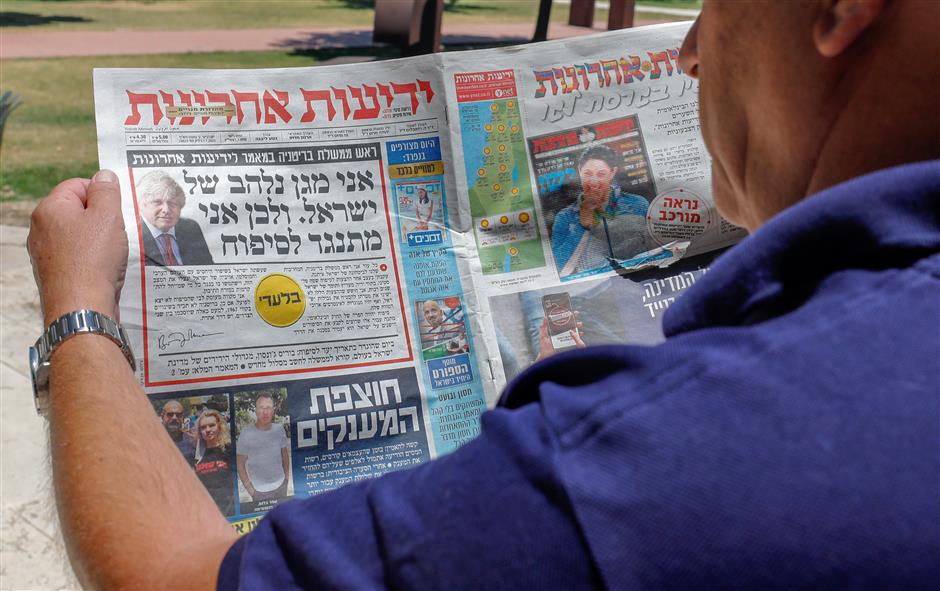 The front page of Israel’s daily Yedioth Ahronoth, the country’s leading daily newspaper, shows a headline from an interview by British Prime Minister Boris Johnson reading in Hebrew: “I am passionate defender of Israel that’s why I oppose the annexation,” in Jerusalem on Wednesday.

In a front page article in the Yediot Ahronot daily, British Prime Minister Boris Johnson noted his long links to the country dating back to when he volunteered on a kibbutz as a teenager. He wrote that as a “passionate defender of Israel,” he was particularly troubled by its current intentions.

“As a life-long friend, admirer and supporter of Israel, I am fearful that these proposals will fail in their objective of securing Israel’s borders and will be contrary to Israel’s own long-term interests,” Johnson wrote. “I profoundly hope that annexation does not go ahead. If it does, the UK will not recognize any changes to the 1967 lines, except those agreed between both parties.”

Israel captured the West Bank from Jordan in the 1967 Mideast war. The international community considers the territory occupied land, and Israel’s more than 120 settlements there illegal. The Palestinians, who seek all of the West Bank as part of a future state, have rejected Trump’s plan.

With formal Israeli-Palestinian peace talks stalled over the past decade, a status quo has prevailed. Trump upended decades of US foreign policy by recognizing Israel’s annexation of the Golan Heights and Jerusalem as its capital.

Netanyahu has seen the friendly Trump administration as a “historic opportunity” to move forward before the November presidential election that may replace the US president.

Besides the international opposition, Netanyahu has encountered some resistance from his Blue and White governing partners, Defense Minister Benny Gantz and also foreign minister Ashkenazi.

Their coalition agreement for the new government, which took office in May, gave Netanyahu the authority to present an annexation proposal.

﻿
Special Reports
﻿
Japanese city bans phone use while walking
Israeli foreign minister's remarks cast doubt over annexation plan
Germany takes EU presidency at a crucial juncture
Austria issues highest travel warning for Western Balkans
Japan's new Shinkansen bullet train makes debut
US fatalities on rise with more than 1,000 deaths in 24 hours
Broadway lights off until 2021 due to the pandemic
Fussy food shoppers in Japan change to online grocery stores
Europe reopens its borders to 14 countries, but the US is not one
Boris Johnson vows to boost UK's economy by infrastructure
EXPLORE SHINE