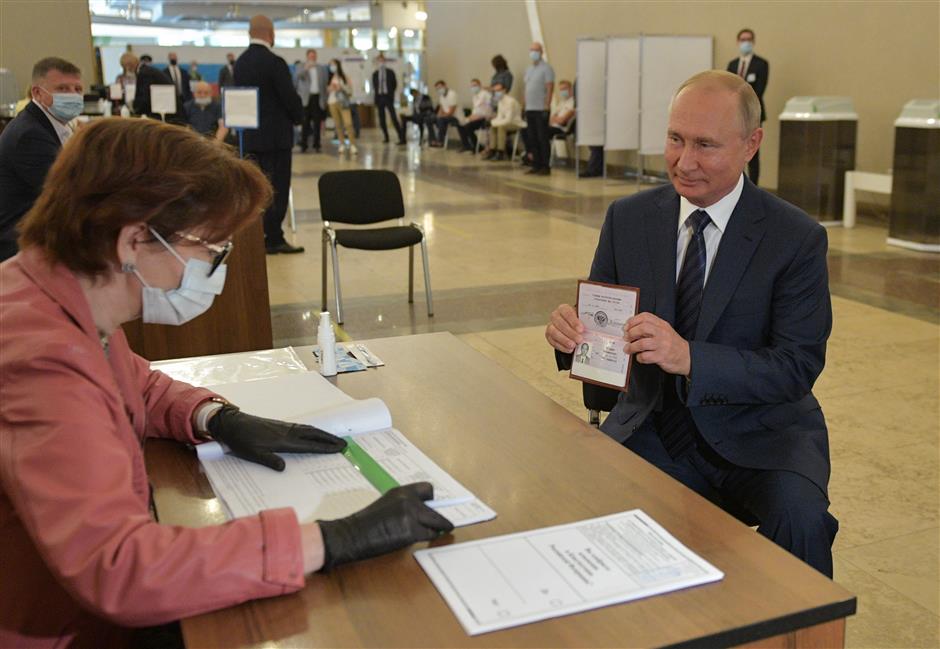 Russian President Vladimir Putin shows his passport to a member of a local electoral commission as he arrives to cast his ballot in a nationwide vote on constitutional reforms at a polling station in Moscow on Wednesday.

The 51-year-old, who came aboard the ISS in April, cast his ballot as part of a week-long vote to approve constitutional reforms which proposed by President Vladimir Putin earlier this year to extend presidential term limits.

“Anatoly Ivanishin has become the first man to have voted online from orbit,” the Russian space agency said in a statement.

The ballot was initially scheduled for April 22, but then postponed as health officials registered a surge in coronavirus cases.

Election officials opened polling stations last week to avoid overcrowding that could lead to an increase in infections.

Residents of Moscow and Nizhny Novgorod east of the capital were allowed to vote online and turnout among registered voters was 93 percent by Tuesday.

Ivanishin is a permanent resident of Moscow, allowing him to vote online.