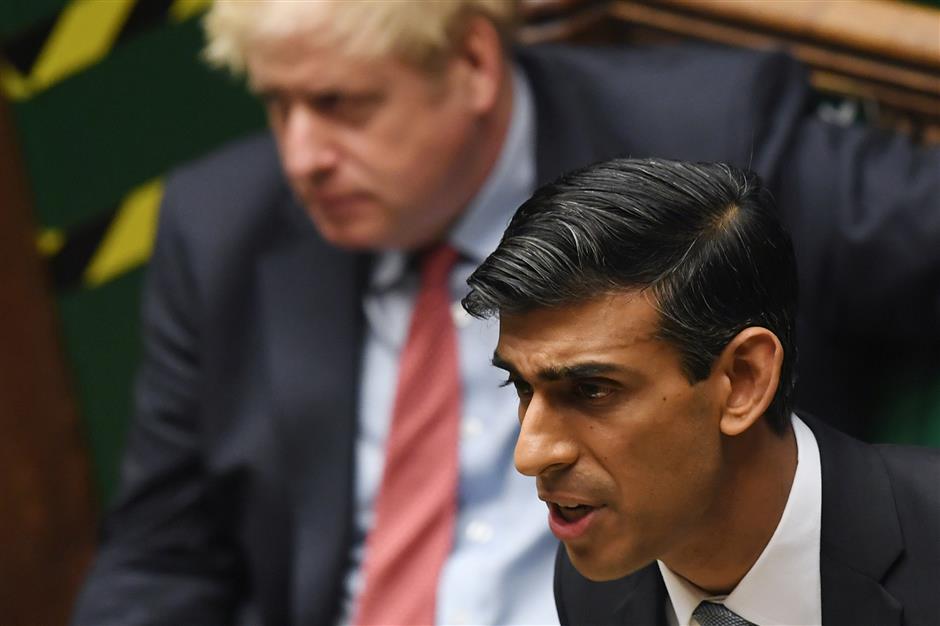 A handout photograph released by the UK Parliament shows Britain’s Prime Minister Boris Johnson listening as Britain's Chancellor of the Exchequer Rishi Sunak delivers his mini-budget in a socially distanced House of Commons in London on Wednesday.

The British government unveiled a package of measures yesterday that it hopes will kickstart the economy and limit the anticipated spike in unemployment as a result of the coronavirus pandemic.

Treasury chief Rishi Sunak outlined a series of incentives for businesses to retain and hire staff, funding for training and environmental projects, some targeted tax cuts and a new “Eat Out to Help Out” discount scheme.

“Our plan has a clear goal: to protect, support and create jobs,” Sunak told lawmakers on the cabinet meeting.

He announced targeted measures for the UK’s tourism and hospitality sector.

The sector has suffered badly during the lockdown — pubs and restaurants, for example, were only able to reopen on Saturday.

That will be the first time in more than three months.

Sunak said firms within those sectors will see their sales tax slashed to 5 percent from 20 percent.

This measure, Sunak said, is worth 4 billion pounds (US$5 billion) and will help companies support 2.4 million jobs.