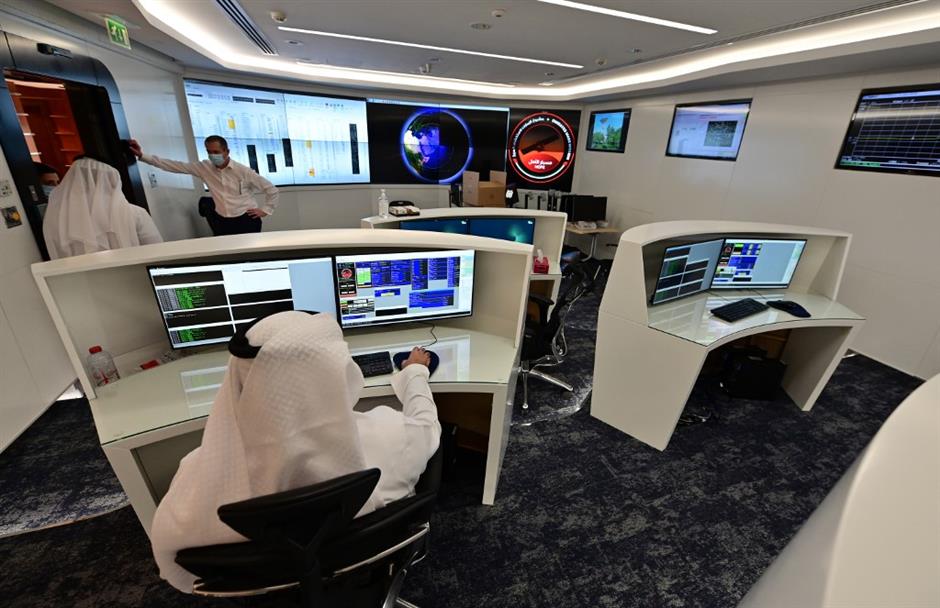 Employees work at the control room of the Mars Mission at the Mohammed Bin Rashid Space Center in the Gulf city of Dubai.

The United Arab Emirates has announced the postponement until Friday Japan time of the launch of its "Hope" Mars probe due to weather conditions at the Tanegashima Space Center.

The UAE government said on Twitter on Tuesday there would be a "delay of the Emirates Mars Mission's Hope Probe launch due to the weather conditions" at the remote Japanese launch site.

A rocket carrying the unmanned spacecraft had originally been due to blast off at 5:51am (Japan time) on Wednesday (8:51pm GMT on Tuesday).

The Emirati project is one of three racing to Mars, including Tianwen-1 from China and Mars 2020 from the United States, taking advantage of the period when the Earth and Mars are nearest: some 55 million kilometers apart.

The UAE, which is made up of seven emirates, is set to be the first Arab nation to send a probe to Mars.

Hope — or Al-Amal in Arabic — is expected to reach Mars's orbit by February 2021, marking the 50th anniversary of the unification of the UAE.

Once there, it will loop the planet for a whole Martian year — 687 days.

The objective of the UAE Mars mission is to provide a comprehensive image of the weather dynamics in the Red Planet's atmosphere and pave the way for scientific breakthroughs.