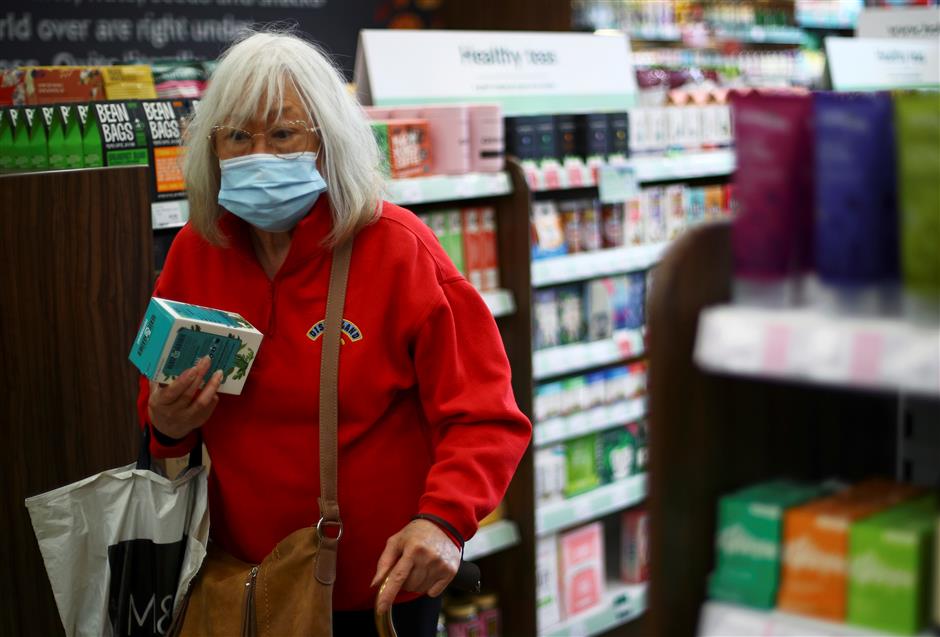 A woman wearing a protective face mask is seen in a shop, following the outbreak of COVID-19, in London, Britain, yesterday.

Face masks will be compulsory in shops and supermarkets in England from next week, the government said on Tuesday, in a U-turn on previous policy.

The new legislation will come into force in England on July 24, after weeks of wrangling from ministers about their effectiveness.

“The prime minister has been clear that people should be wearing face coverings in shops and we will make this mandatory from July 24,” Boris Johnson’s office said.

“There is growing evidence that wearing a face covering in an enclosed space helps protect individuals and those around them from coronavirus,” it said in a statement.

People who fail to cover their face risk a fine of up to 100 pounds (US$125) with enforcement to be carried out by the police.

Johnson, who spent several days battling COVID-19 in intensive care, on Monday said the measure was “extra insurance” against the spread of the virus.

Face masks have been mandatory on public transport across the country since June 15, and Scotland has already made the coverings compulsory for shoppers.

UK Environment Secretary George Eustice said on Tuesday the government was changing its advice in accordance with developments in scientific thinking. But there are already concerns from police who have called it “nigh on enforceable.”

“Shopkeepers need to step up to the plate and take some responsibility,” said Ken Marsh, of the Metropolitan Police Federation, which represents rank-and-file officers. “They can quite easily put signs up on their doors ‘No mask on, no entry, this is private property.’”