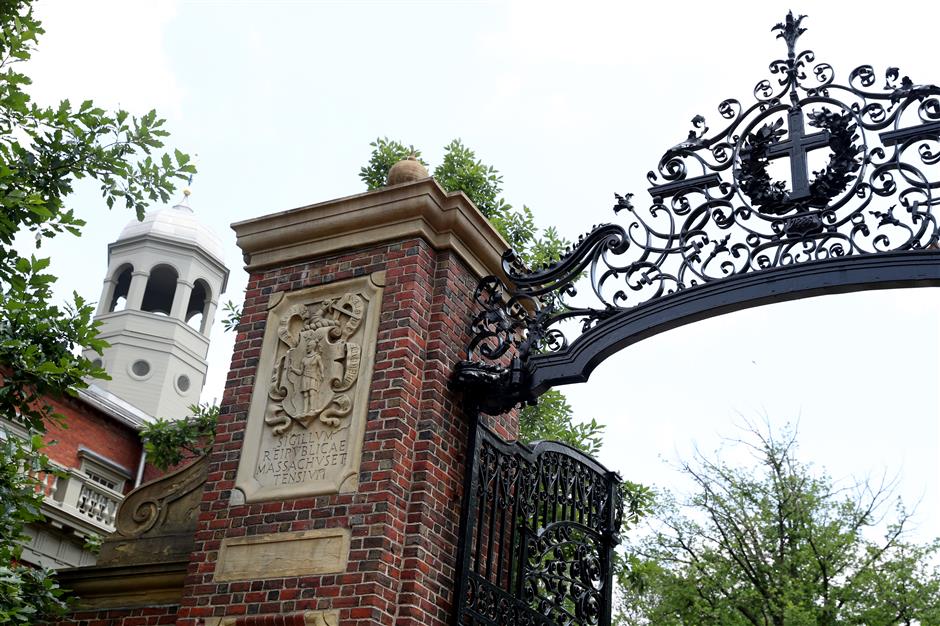 A view of a gate to Harvard Yard on the campus of Harvard University on July 8 in Cambridge, Massachusetts.

In a stunning reversal of policy, the Trump administration on Tuesday abandoned a plan that would have forced out tens of thousands of foreign students following widespread condemnation of the move and pressure from colleges and major businesses.

US officials announced last week that international students at schools that had moved to online-only classes due to the coronavirus pandemic would have to leave the country if they were unable to transfer to a college with at least some in-person instruction.

The government said it would drop the plan amid a legal challenge brought by universities. But a senior US Department of Homeland Security official said the administration still intended to issue a regulation in the coming weeks addressing whether foreign students can remain in the United States if their classes move online.

The July 6 move by the administration blindsided many universities and colleges that were still making plans for the fall semester, trying to balance concerns about rising cases of the novel coronavirus in many US states and the desire to return to classes.

A flurry of lawsuits were filed challenging the rule including one brought by Harvard University and Massachusetts Institute of Technology and another by a coalition of state governments. Dozens of big companies and colleges and universities filed "friend-of-the-court" briefs opposing the rule.

Harvard planned to hold all of its classes online for the upcoming academic year.

President Donald Trump, who is pushing schools across the country to reopen in the autumn, said he thought Harvard's plan not to hold in-person classes was ridiculous.

The universities argued the measure was unlawful and would adversely affect their academic institutions.

In a highly anticipated court hearing on Tuesday in the case brought by Harvard, US District Judge Allison Burroughs in Massachusetts said the US government and the two elite universities that sued had come to a settlement that would roll back the new rules and restore the previous status quo.

The controversy began after US Immigration and Customs Enforcement said it would reinstate rules for international students on F-1 and M-1 visas that limit the number of online courses foreign students can take if they want to remain in the United States. Those rules had been temporarily waived due to the public health crisis. Many academic institutions assumed they would be extended, not rolled back.

The DHS official, who spoke on condition of anonymity, said the details of any future regulation on this issue remain under discussion.

In particular, DHS officials are still deciding whether to treat students already in the United States differently than students seeking to enter the country for the first time, according to the official.

"In the midst of an economic and public health crisis, we don't need the federal government alarming Americans or wasting everyone's time and resources with dangerous policy decisions," Becerra said.

ICE and the US Department of Justice did not immediately respond to a request for comment.