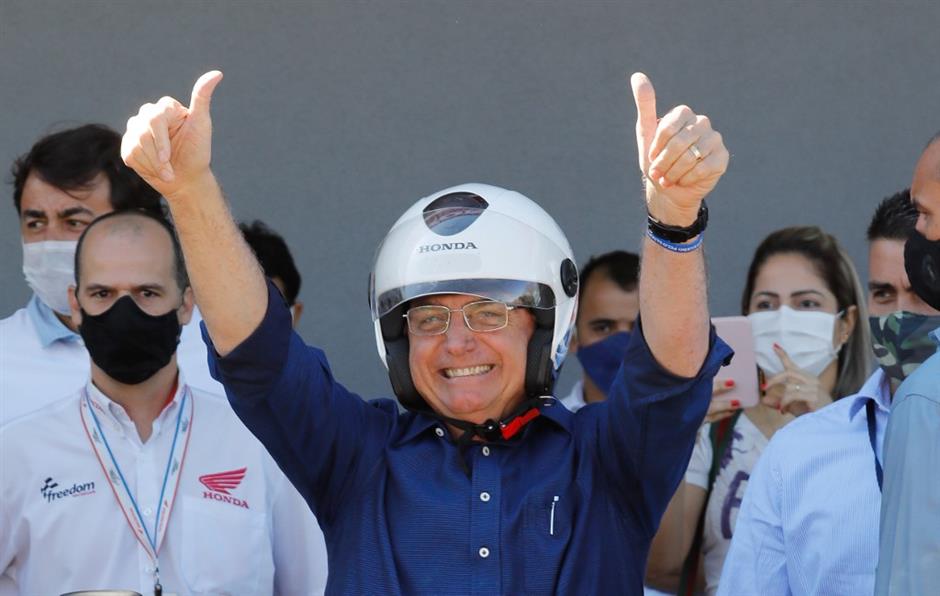 Brazilian President Jair Bolsonaro gestures after going out for a ride and having his motorcycle's engine overhaul after he announced he tested negative for COVID-19 more than two weeks after being diagnosed, in Brasilia, on July 25, 2020, during the novel coronavirus pandemic.

Brazilian President Jair Bolsonaro announced on Saturday that he has tested negative for COVID-19 after having been isolated at the presidential residence since July 7, when he was first diagnosed with the disease.

The president made the announcement via social media, where he published a photo in which he is seen having breakfast at Alvorada Palace, the presidential residence in Brasilia.

The president announced that he tested positive for the novel coronavirus on July 7, and he thereafter went into isolation at Alvorada Palace while recovering from the disease.

Brazil has been heavily affected by the pandemic, with more than 85,000 deaths and 2.3 million cases so far.