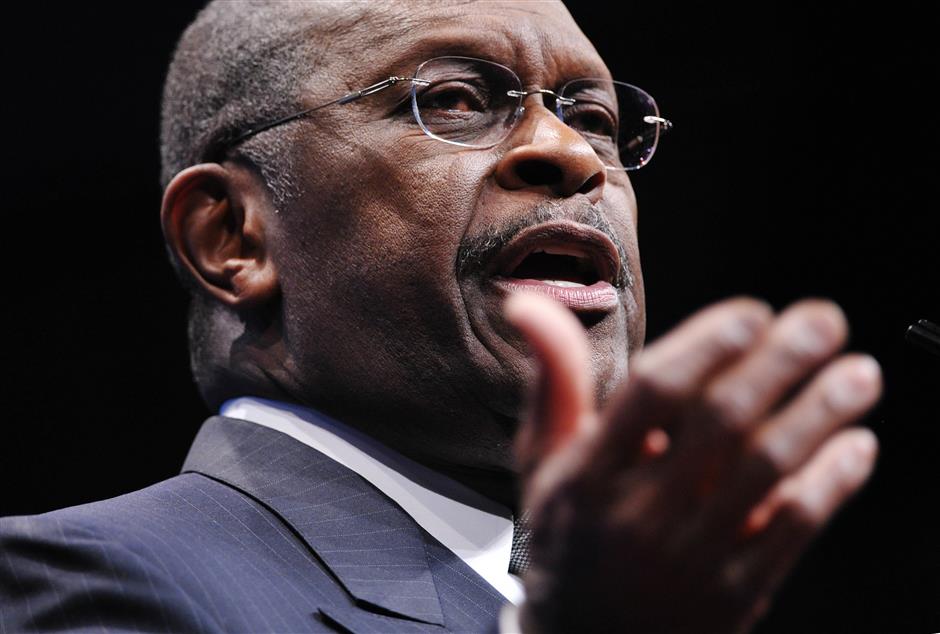 In this file photo former Republican presidential candidate Herman Cain speaks during an address to the 39th Conservative Political Action Committee February 9, 2012, at a hotel in Washington, DC.

Herman Cain, a former US Republican presidential candidate, died at age 74 after battling the coronavirus, or COVID-19, a spokesperson announced on Thursday.

"We knew when he was first hospitalized with COVID-19 that this was going to be a rough fight," Cain's website editor, Dan Calabrese, wrote in a post.

Calabrese said there were hopeful indicators, referring to that doctors said less than a week ago that "they thought he would eventually recover."

"We were relieved to be told that, and passed on the news via Herman's social media," the editor explained. "And yet we also felt real concern about the fact that he never quite seemed to get to the point where the doctors could advance him to the recovery phase."

Cain, a stage 4 cancer survivor, was diagnosed with the coronavirus last month and admitted to a hospital in Atlanta, southeastern state of Georgia, earlier this month.

"Although he was basically pretty healthy in recent years, he was still in a high-risk group because of his history with cancer," Calabrese said.

A former businessman and chairman of the Federal Reserve Bank of Kansas City, Missouri, Cain unsuccessfully ran for the Republican presidential nomination in 2012.

Last month, Cain, who had campaigned for US President Donald Trump, tweeted a photograph of himself at the Tulsa, Oklahoma rally, showing him surrounded by other attendees, none of whom wore a mask.

Several members of the staff who helped prepare the Trump rally, the first of its kind in more than three months during the pandemic, tested positive for the coronavirus, while a spokesperson said there is no way of knowing for sure how or where Cain contracted the disease.

Trump tweeted his condolences for Cain and his family on Thursday.

"Herman had an incredible career and was adored by everyone that ever met him, especially me," the president wrote. "He was a very special man, an American Patriot, and great friend."