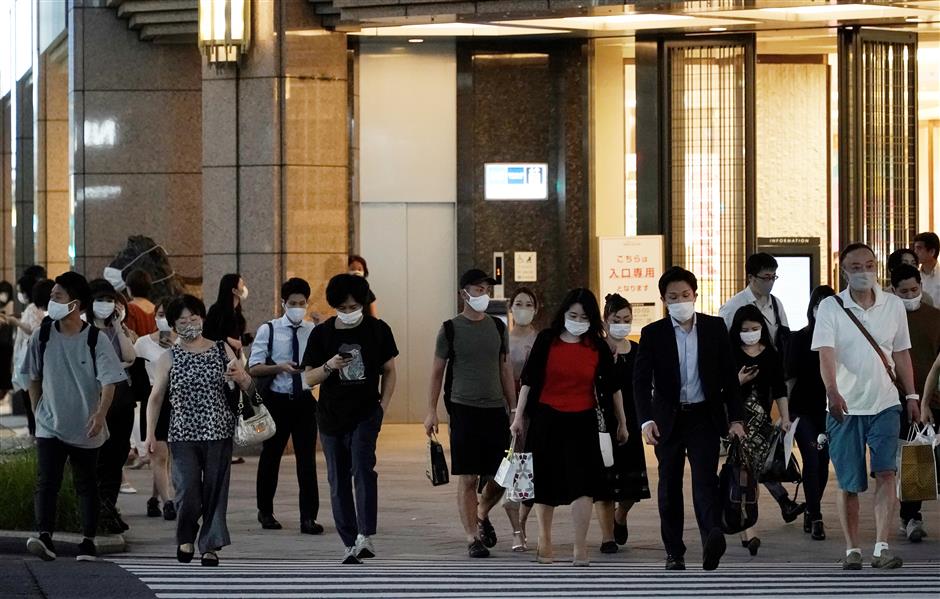 The number of COVID-19 cases in Japan increased by 1,536 to reach 37,925 on Saturday amid a resurgence of infections across the country, according to Japan's health ministry and local governments.

The total number of infections excludes 712 from the virus-hit Diamond Princess cruise ship quarantined in Yokohama earlier in the year.

The new daily additions surpassed the 1,000 mark for the fourth straight day on Saturday after a record number of 1,578 new infections were confirmed on Friday.

Authorities in large cities have been forced to re-impose restrictions on some businesses to address the spike.

The Tokyo metropolitan government confirmed 472 new cases of infections on Saturday, marking a record daily increase for the third straight day after 463 were logged Friday.

The cumulative total for Tokyo stood at 13,163 on Saturday.

The capital had raised alert for the outbreak in mid-July to the highest of the four levels, meaning "infections are spreading."

Governor Yuriko Koike warned Friday that Tokyo may declare an emergency for the capital despite the full lift of a state of emergency by the Japanese government in late May.

The death toll in Japan from the pneumonia-causing virus currently stands at a total of 1,026 people, including 13 from the Diamond Princess cruise ship.

The health ministry also said there are currently 87 patients considered severely ill with ventilators or in intensive care units.

The ministry added that in total, 25,588 people have been discharged from hospitals after their symptoms improved, according to the latest figures released Saturday.