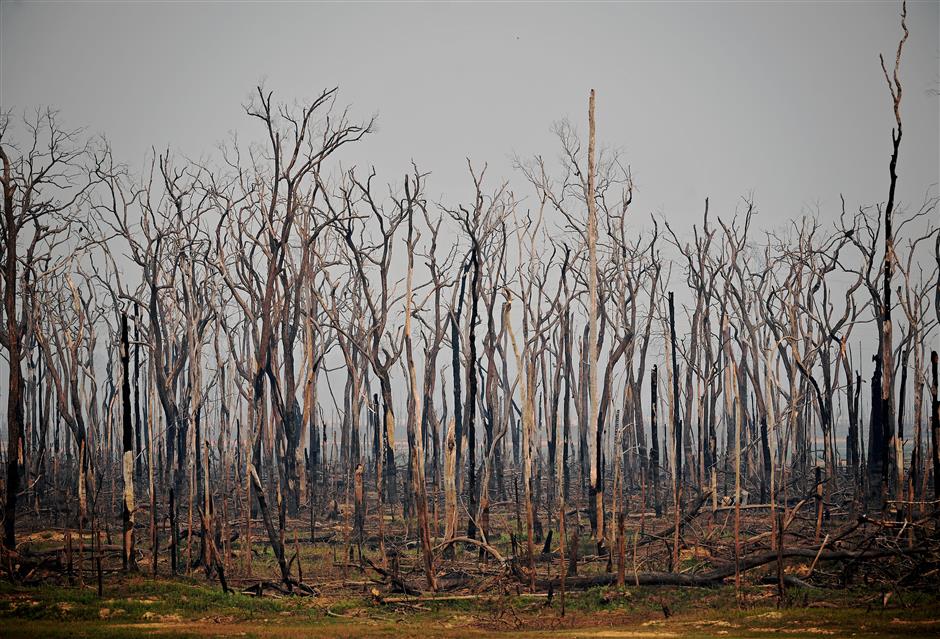 The number of forest fires in the Brazilian Amazon last month rose 28 percent from July 2019, satellite data showed on Saturday, fueling fears the world’s biggest rainforest will again be devastated by fires this year.

The figure is all the more troubling given that 2019 was already a devastating year for fires in the Amazon, triggering a global outcry.

That has put pressure on Brazil, which holds around 60 percent of the Amazon basin region, to do more to protect the massive forest, seen as vital to containing the impact of climate change.

The fires are largely set to clear land illegally for farming, ranching and mining.

Activists accuse Brazilian President Jair Bolsonaro, a far-right climate change skeptic, of encouraging the deforestation with calls to open up the rainforest to agriculture and industry.

Under international pressure, Bolsonaro has deployed the army to fight the fires and declared a moratorium on burning. But activists say that does not go far enough to address the roots of the problem.

That was the worst single day for fires in the month of July since 2005, said Greenpeace.

“More than 1,000 fires in a single day is a 15-year record and shows the government’s strategy of media-spectacle operations is not working on the ground,” Greenpeace spokesman Romulo Batista said.

“On paper, the fire moratorium prohibits burning, but it only works if there is also a response on the ground, with more patrols. Criminals aren’t known for obeying the law.”

Instead, the Bolsonaro administration has slashed the budget, staff and programs of environmental authority IBAMA.

“Everything that was working was thrown out the window,” Erika Berenguer, an Amazon ecologist at Oxford and Lancaster Universities.

Fire season in the Amazon typically runs from around June to October.

But fires are just part of the deforestation picture. The rest of the year, ranchers, farmers, miners and land speculators are clearing forest and preparing to burn it.

The first six months of 2020 were the worst on record for deforestation in the Brazilian Amazon, with 3,069 square kilometers cleared, according to INPE data — an area bigger than the nation of Luxembourg.

If a significant portion of those felled trees burn in 2020, the result could be catastrophic, experts warn.

“I think August will be the make-or-break month,” said Berenguer.

Last year, the number of fires surged nearly 200 percent year-on-year in August, to 30,900, sending a thick haze of black smoke all the way to Sao Paulo, thousands of kilometers away, and causing worldwide alarm.

The number of fires has fallen since then, under increased scrutiny and pressure — including from companies and investors worried about the impact on Brazil’s brand.

But Berenguer said it was a matter of time before the newly deforested land went up in flames in the name of farming and ranching.

“It’s an economic investment to deforest. It’s expensive ... You need heavy machinery: bulldozers, tractors, people, diesel,” she said. “You don’t deforest to leave all those trees on the ground. You need to burn it, because you need to recover your investment.”