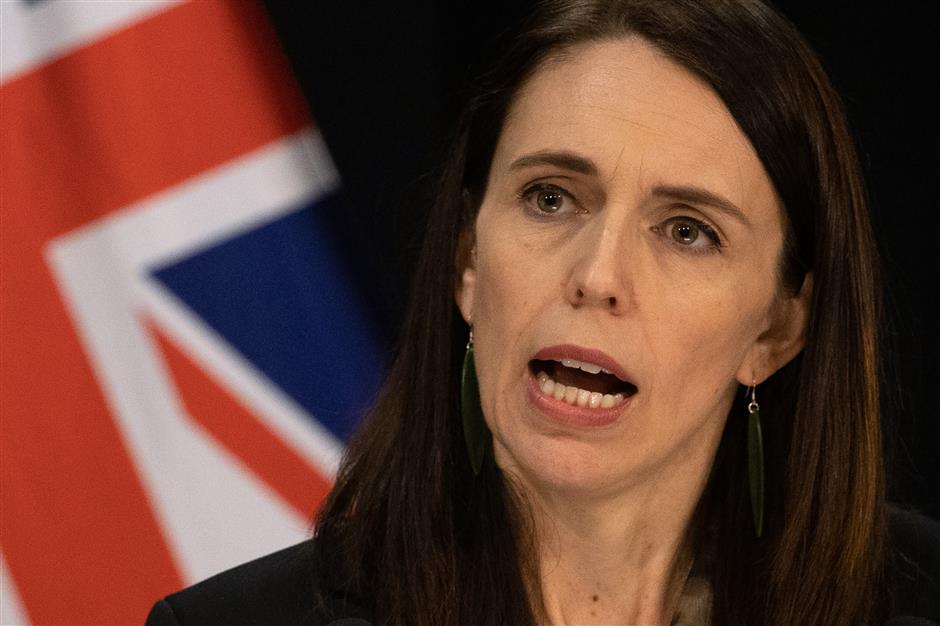 New Zealand’s Prime Minister Jacinda Ardern speaks to the media regarding the latest case of COVID-19 coronavirus infections, breaking a 102-day run of no local transmissions, at the parliament in Auckland on Wednesday.

New Zealand Prime Minister Jacinda Ardern delayed a key step toward next month’s general election on Wednesday, as the country was plunged back into lockdown after the discovery of the first COVID-19 cases in more than three months.

Ardern said she was suspending the dissolution of parliament, which was due to make way for an election scheduled for September 19, until Monday. But no decision had yet been made on delaying the actual poll, she added.

“It’s too early to make decisions but there is a bit of flexibility to move the election date if required,” Ardern told a televised media conference, adding any date before November 21 can be chosen for the election.

New Zealand health officials are urgently tracing the source of four new cases of COVID-19, all within one family in Auckland, the country’s largest city.

The cluster, the first cases reported in the country for 102 days, led Ardern to announce the re-imposition of lockdown measures on Tuesday.

Auckland shifted to level-3 restrictions at midday yesterday, requiring people to stay home unless for essential trips. The rest of the country was placed back into slightly looser level-2 restrictions. The restrictions will initially remain in place until tomorrow.

“Stay kind, looking after one another,” Ardern said, adding that the search for the source of the infection was ongoing. The infected family had not traveled overseas.

“We know that although we are primarily look for human to human transmission we do need to check whether or not it had something to do with freight,” she said.

Director General of Health Ashley Bloomfield said the infected family was in strict isolation at home, but one woman had traveled to tourist spots in Rotorua while she was symptomatic.

Health officials were urgently tracing her activities and were prepared to test tens of thousands of people in the coming days, Bloomfield said.