US Justice Department accuses Yale of discrimination in admissions 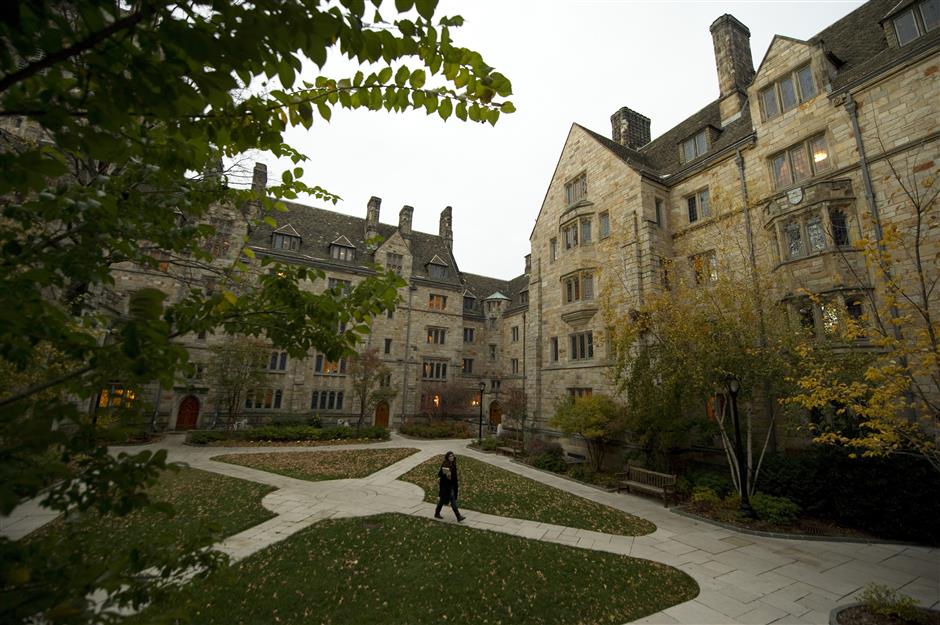 In this file photo a Yale University student is seen on campus on November 8, 2010, in New Haven, Connecticut.

The Justice Department accused Yale University on Thursday of violating US civil rights law by illegally discriminating against white and Asian American applicants.

The department's finding — which Yale rejected as "meritless" — came after a two-year investigation into the undergraduate admissions process at the prestigious Ivy League university in New Haven, Connecticut.

The US Supreme Court has ruled that universities may consider the race of an applicant in making admission decisions but the department said it must be "in certain limited circumstances as one of a number of factors."

"The Department of Justice found Yale's use of race is anything but limited," it said, and was used at "multiple steps of its admissions process."

"The Department of Justice found Yale discriminates based on race and national origin in its undergraduate admissions process, and that race is the determinative factor in hundreds of admissions decisions each year," it said.

"For the great majority of applicants, Asian-Americans and whites have only one-tenth to one-fourth of the likelihood of admission as African -American applicants with comparable academic credentials," the department said.

"Yale rejects scores of Asian-American and white applicants each year based on their race, whom it otherwise would admit."

Assistant Attorney General Eric Dreiband said there is "no such thing as a nice form of race discrimination."

"It is past time for American institutions to recognize that all people should be treated with decency and respect and without unlawful regard to the color of their skin."

The Trump administration opened the investigation into Yale two years ago following a complaint by Asian-American groups that it was violating Title VI of the 1964 Civil Rights Act, which prohibits discrimination based on race, color and national origin by recipients of federal funds.

The finding could have a potential impact on affirmative action policies designed to provide representation for marginalized groups who have been denied opportunities.

The Justice Department demanded that Yale agree not to use race or national origin in its upcoming 2020-2021 undergraduate admissions cycle.

In a statement, Yale "categorically" denied the department's allegations and said its admissions practices "absolutely comply with decades of Supreme Court precedent."

"At Yale, we look at the whole person when selecting whom to admit among the many thousands of highly qualified applicants," the university said.

"We are proud of Yale’s admissions practices, and we will not change them on the basis of such a meritless, hasty accusation."