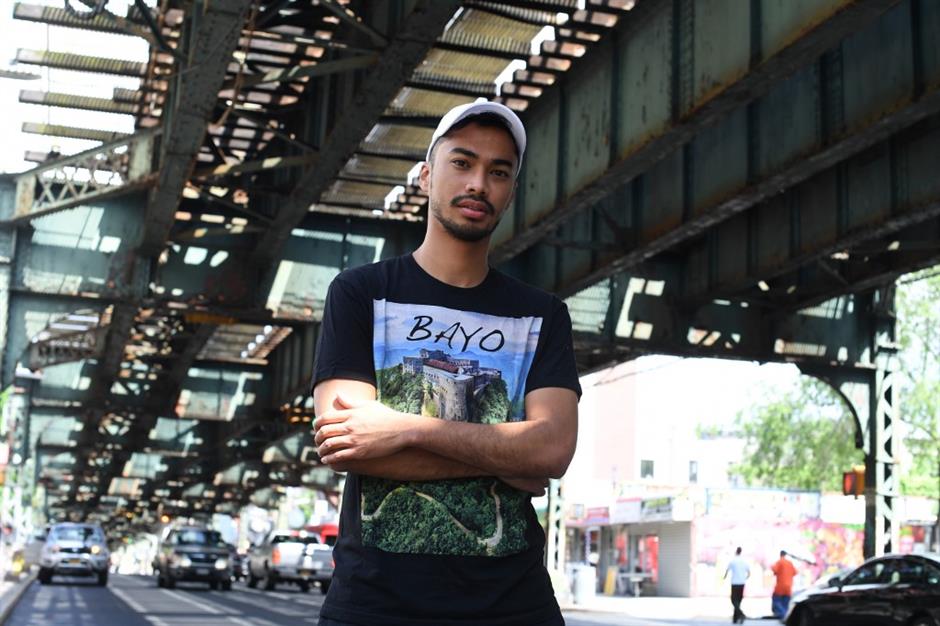 In this file photo taken on June 06, 2019 DJ Michael Brun poses for a picture during an interview with AFP in Brooklyn, New York. Livestreamed concerts are now a common feature of the coronavirus age, with musicians vying for a spot on the overcrowded virtual stage even when they're doing it for free. This weekend, Haitian DJ Michael Brun hopes to find a way to make streams more profitable, with plans to test a model rarely used in music. The practice is known as "geofencing" — limiting virtual viewers to a specific geographic area.

Livestreamed concerts are now a common feature of the coronavirus age, with musicians vying for a spot on the overcrowded virtual stage even when they're doing it for free.

This weekend, Haitian DJ Michael Brun hopes to find a way to make streams more profitable, with plans to test a model rarely used in music. The practice is known as "geofencing" — limiting virtual viewers to a specific geographic area.

His strategy aims to draw an audience for a fee by catering to certain cities.

Like many artists, the New York-based Brun — who's played top festivals and seen his remixes generate millions of streams — has delivered several free virtual shows from his apartment since the pandemic began.

His first three paid concerts since then will be geofenced to people within 100 miles of Los Angeles, Miami and Chicago, respectively, at five dollars per ticket.

The 28-year-old will DJ from Manhattan's Le Poisson Rouge venue, with higher-quality production than the often-minimalist streams that have become the norm.

Brun said he hoped making his shows location-specific can heighten the experience for fans, with each show limited to 500 viewers.

"It's not just a random live on a random day," he told AFP. "This feels like more of a moment."

Brun said he was happy to do free shows from home — especially in the early days of the pandemic plagued by job loss, fear and uncertainty.

And though he made no money off of that work, he said that for many artists the makeshift streamed shows were a "necessity" to sustain their audiences.

"Nobody really knows when live music is going to come back, so you don't want to just disappear," Brun said.

Most artists make the vast majority of their income from touring, so the hiatus of in-person shows sent shockwaves through the industry.

His set design and setlists will be specific to each show, which will air live via Zoom. Viewers will purchase access via the ticketing company Tixr.

Beyond the entry fees to his digital shows, Brun is sponsored by the rum brand Bacardi, a type of partnership the electronic music producer said will likely be key to supporting musicians going forward.

"The brands that are associated with the entertainment industry benefit from artists," he said. "For them to be able to continue having someone to market to, you have to sustain the people creating the culture" that brands target.

Thomas Fiss, the VP of Marketing at AWAL — Brun's label and a producing partner on the show — said the last several months have been "trial by fire" as the industry crossed its fingers the pandemic would be short-lived.

But it's now clear live performance won't be "back to normal" for quite some time, and Fiss said the industry must rebuild creatively in the meantime.

Fiss said geofencing is "by no means a perfect solution."

"But it's a genuine step forward," he said, which could hopefully "help other artists create their own model in the same regard."

Brun thinks the model could prove useful even in a post-pandemic world, especially for reaching audiences outside the usual tour destinations — his native Haiti, for example.

And though digital shows can't replace actual in-person concerts, the producer said he does enjoy elements of streamed performances.

"You're actually interacting with people on a scale that you would never be able to interact with them at a real show," he said. "People sending messages can feel really intimate."