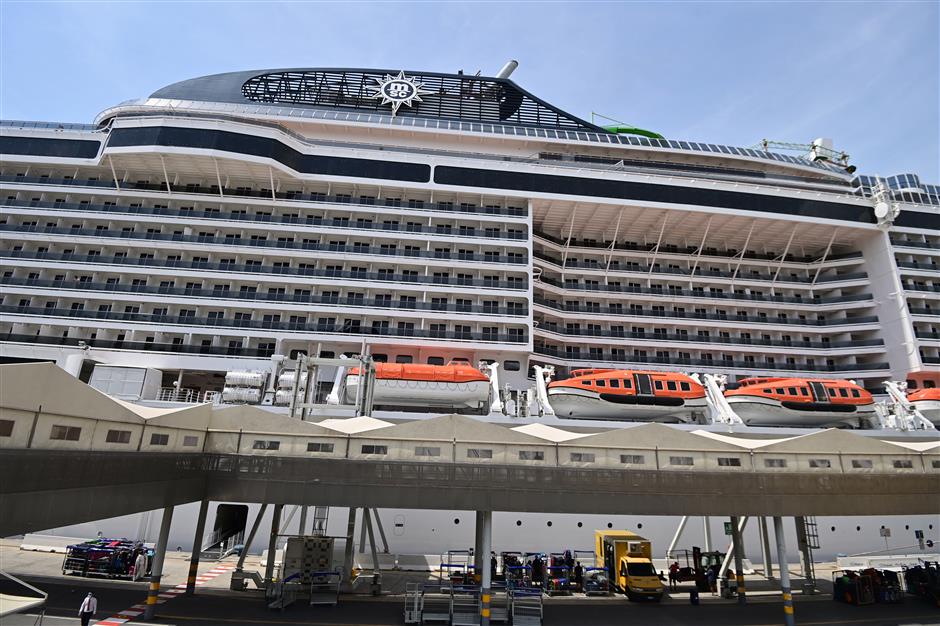 The MSC Grandiosa cruise liner waits to sail on Sudnay after six-and-half months of inactivity due to the coronavirus pandemic.

The first major cruise ship to set sail in the Mediterranean amid the coronavirus crisis was poised to depart from Genoa on Sunday, as Italy’s struggling travel industry hopes to regain ground after being battered by the pandemic.

The departure of the MSC Grandiosa from the northwestern port at 7:30pm represents a high-stakes for the global sector in the key Mediterranean market and beyond.

The international cruise industry has been battered not only by the ongoing health crisis which in March forced the worldwide grounding of its ships, but accusations of a botched handling of the pandemic in its early stages.

Cruise lines are hoping that new, tighter protocols will allow them to control the still-lingering threat of coronavirus aboard its ships while still offering travelers a cruise experience that does not disappoint.

Arriving passengers preparing to check in before taking a required coronavirus blood test inside the terminal said they were not concerned about the virus. Some said they believed cruises were now safer than other vacation options.

“I couldn’t miss the first cruise after COVID,” said cruise blogger Rosalba Scarrone, 64. “I’ve taken 87 cruises, can you imagine how much I’ve suffered not setting off from February until now?”

The Grandiosa is part of the fleet of privately owned MSC Cruises, founded in Naples but now based in Geneva.

The ship will travel to the ports of Civitavecchia near Rome, Naples, Palermo and Valletta, Malta, during the seven-day cruise.