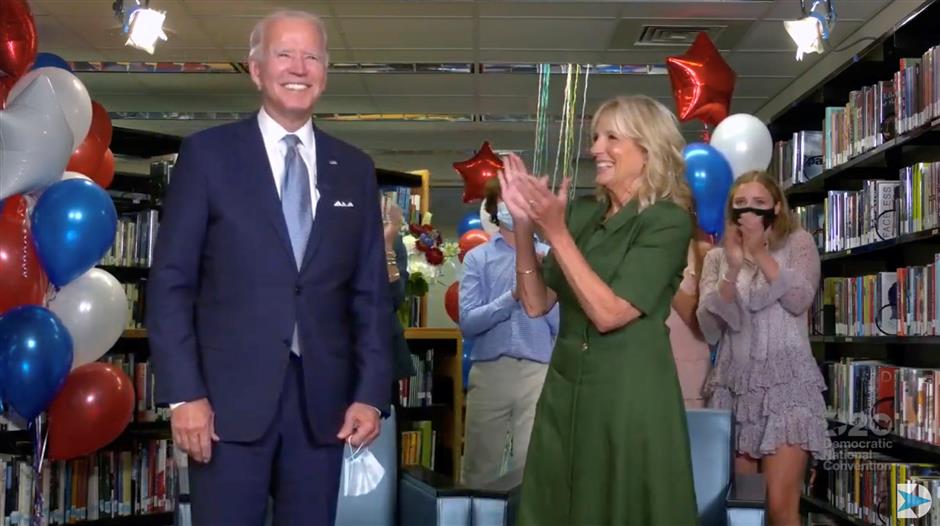 US Democrats on Tuesday nominated Joe Biden as their 2020 presidential candidate, formally designating the Washington veteran as the party's challenger to incumbent President Donald Trump in the November election.

In an unprecedented roll call vote that took place entirely online due to the novel coronavirus pandemic, all 50 states and seven territories announced their vote tallies that cemented Biden's role as the party flagbearer.

"Well thank you very, very much, from the bottom of my heart," a beaming Biden said in a live video link as he celebrated the nomination.

"It means the world to me and my family," he added, reminding viewers he will deliver a formal acceptance speech on Thursday at the conclusion of the four-day jamboree.

The nomination was a formality as he had already won the majority of the more than 3,900 delegates back in June.

The roll call came on Day 2 of the mostly virtual Democratic National Convention aimed at celebrating the party's candidate and welcoming independents and frustrated Republicans into their political movement to oust Trump from the White House.