Favorite emerges in race for next Japan's PM 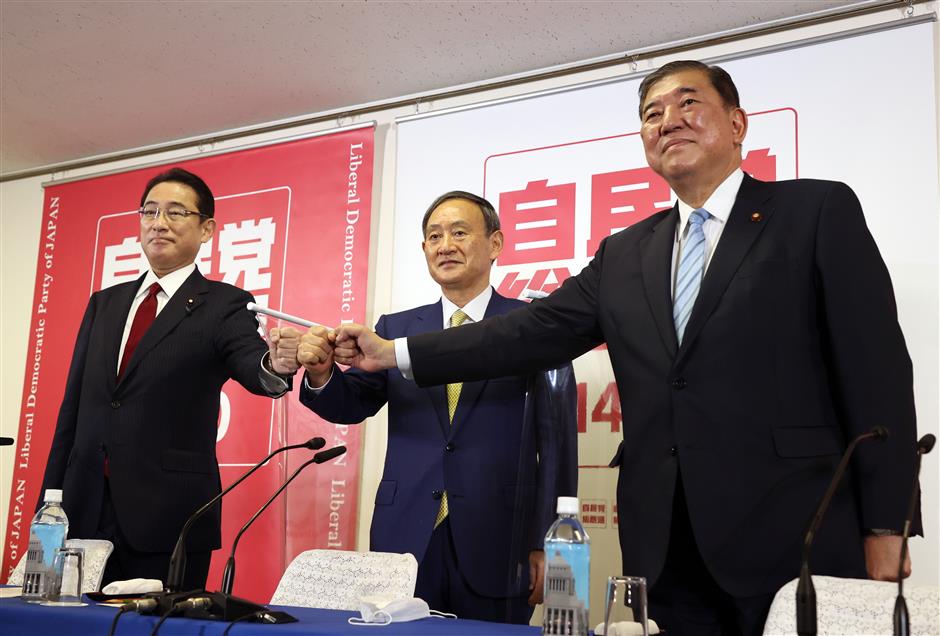 Chief Cabinet Secretary Suga, the 71-year-old son of a strawberry farmer, has already secured the support of major factions in the Liberal Democratic Party ahead of its leadership vote on September 14.

But he isn’t running unchallenged, with a popular former defence minister and the party’s policy chief standing against him.

Thanks to the LDP’s solid legislative majority, the race’s winner is certain to win a parliamentary vote on September 16 and be named the country’s next prime minister.

The LDP race began after Abe, Japan’s longest-serving premier, abruptly announced late August that he would resign for health reasons.

There is now speculation that the next prime minister may call a snap election to shore up public support.

But Suga hinted that an immediate general election would be unlikely, saying a new cabinet should make its top priority fighting the pandemic.

“What people most expect from the government is to curb infections and regain a secure way of life as soon as possible,” Suga said at a press conference with his contenders.

Suga said he had decided to run to help avoid a “political vacuum” after Abe’s departure.

He promised he would prioritize COVID-19 containment while rebuilding Japan’s economy now in recession.

Ishiba meanwhile pledged a “great reset,” and said he would “pour my whole body and soul into regional revitalization.”

Kishida said he too would focus on balancing infection measures with kickstarting the economy, and vowed to build a capable team.

The candidates will hold two public debates before the vote, which will poll LDP lawmakers and three party representatives from each of Japan’s 47 regions.

Whoever takes the top office will face a raft of challenges — from the pandemic and a tanking economy to ensuring the postponed Tokyo Olympic Games can go ahead.

None of the three candidates is seen as offering a policy platform that would differ significantly from Abe’s.

Former banker Ishiba, 63, is popular with the electorate and consistently topped polls before Abe’s resignation.