Setback for Assange on extradition to the US 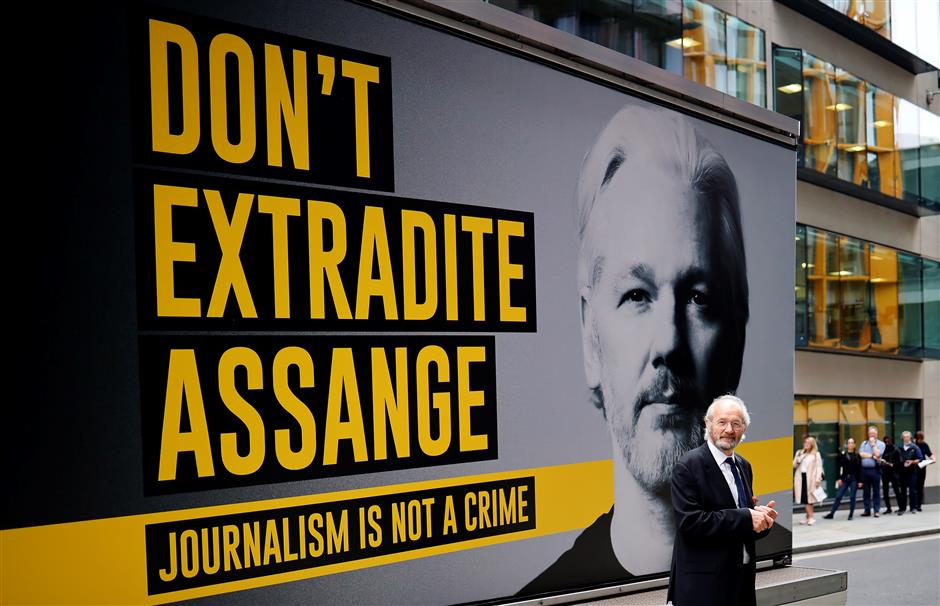 John Shipton, the father of Wikileaks founder Julian Assange, poses for a photograph as he arrives at the Old Bailey court in central London on Tuesday, on the second day of the resumption of Assange's extradition hearing.

Lawyers for WikiLeaks founder Julian Assange on Monday failed to persuade a British judge to throw out new US allegations against him, as he resumed his fight to avoid extradition to the United States for leaking military secrets.

Protesters gathered outside London’s Old Bailey court as the 49-year-old Australian was brought in. They brandished placards reading “Don’t Extradite Assange” and “Stop this political trial.”

Assange’s lawyers sought to “excise” new allegations lodged by Washington in recent weeks, saying they had no time to formulate a proper response.

Assange, already held in prison for 16 months, faces 18 charges under the US Espionage Act relating to the 2010 release by WikiLeaks of 500,000 secret files detailing aspects of US military campaigns in Afghanistan and Iraq.

If convicted, Assange could be jailed for up to 175 years.

US authorities recently laid out new evidence against Assange alleging he and others at the whistleblowing site recruited hackers.