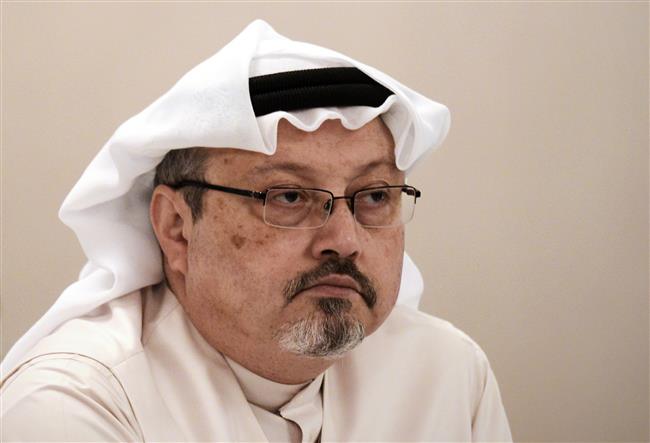 In this file photo taken on December 15, 2014, Saudi journalist Jamal Khashoggi attends a press conference in the Bahraini capital Manama.

The Riyadh Criminal Court’s final verdicts were announced by Saudi Arabia’s state television, which aired few details about the eight Saudi nationals and did not name them.

The court ordered a maximum sentence of 20 years in prison for the five. Another individual received a 10-year sentence, and two others were ordered to serve seven years in prison.

A small number of diplomats, including from Turkey, as well as members of Khashoggi’s family, were allowed to attend the initial trial. Independent media and the public were barred.

In December, a closed-door Saudi court sentenced five of the 11 murderers to death, and three others handed jail terms totalling 24 years over the killing.

However, in a statement on Twitter in May, one of Khashoggi’s sons, cited a Quran verse praising forgiveness and said the family hoped to be rewarded by God for its good deed. The announcement paved way for Monday’s overturn.

The trial has been widely criticized by rights groups and observers, who note that no senior officials nor anyone suspected of ordering the killing has been found guilty. The independence of the Riyadh Criminal Court has also been questioned.

Hatice Cengiz, the Turkish fiancée of the slain journalist, branded the verdict a “farce.”

“The ruling handed down today in Saudi Arabia again makes a complete mockery of justice,” Cengiz said on Twitter.

Agnes Callamard, the UN special rapporteur who investigated Khashoggi’s killing, called on Monday the verdict a “parody of justice.”

“The Saudi Prosecutor performed one more act today in this parody of justice. But these verdicts carry no legal or moral legitimacy. They came at the end of a process which was neither fair, nor just, or transparent.”

UN spokesman Rupert Colville, while noting that the global body opposes the death penalty, said on Tuesday that the Khashoggi trial lacked transparency and fell short on assigning accountability for the crime.

“This is case where there has not been proper transparency in the justice process, those responsible should be prosecuted and given sentences commensurate with the crime.” 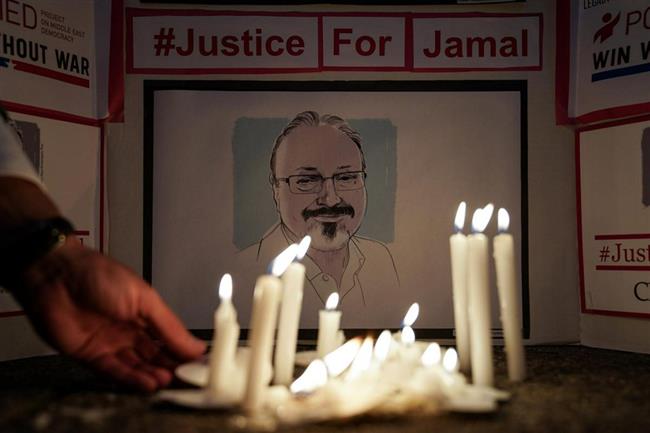 The Committee to Protect Journalists and other press freedom activists hold a candlelight vigil in front of the Saudi Embassy to mark the anniversary of the killing of journalist Jamal Khashoggi, in Washington, US, on October 2, 2019.

Khashoggi went missing on October 2, 2018. A team of 15 Saudi agents had flown to Turkey to meet Khashoggi inside the Saudi consulate in Istanbul for his appointment to pick up documents that would allow him to marry his Turkish fiancée, who waited outside.

The team included a forensic doctor, intelligence and security officers, and individuals who worked directly for the crown prince’s office.

Turkish officials allege Khashoggi was killed and then dismembered with a bone saw inside the consulate. His body has not been found. Turkey apparently had the consulate bugged and shared audio of the killing with the CIA, among others.

According to NBC news, a 101-page UN report concluded that while it may be unclear who issued the decisive order to kill Khashoggi, Saudi Arabia was ultimately responsible for his death. The report cited an audio recording from the Saudi Consulate in which a voice tells Khashoggi that there is an order from Interpol to send him back to Saudi Arabia.

Turkey on Monday said the court did not meet global expectations.

“The final verdict ... fell short of meeting the expectations of Turkey and the international community,” tweeted Fahrettin Altun, communications director at the Turkish presidency.

“We still don’t know what happened to Khashoggi’s body, who wanted him dead or if there were local collaborators.”

In July, Turkey opened a trial in absentia for 20 Saudi nationals over the murder. The defendants include two former aides to the prince, who denies involvement.

“It is a legal and conscientious obligation to shed light on the Jamal Khashoggi murder, which was committed within Turkey’s borders, and to deliver justice,” Altun said.

“That is the only way to ensure that similar atrocities can be prevented in the future.”

Yasin Aktay, a senior member of Turkey’s ruling party and a friend of Khashoggi, criticized the final court rulings, saying those who ordered the killing remain free while several questions concerning the journalist’s death remain unanswered.

He also said there were questions as to whether those convicted in the killing are imprisoned: “According to what we have heard, those who were convicted are roaming freely and living in luxury.”