New York to mark 9/11 anniversary amid the coronavirus pandemic 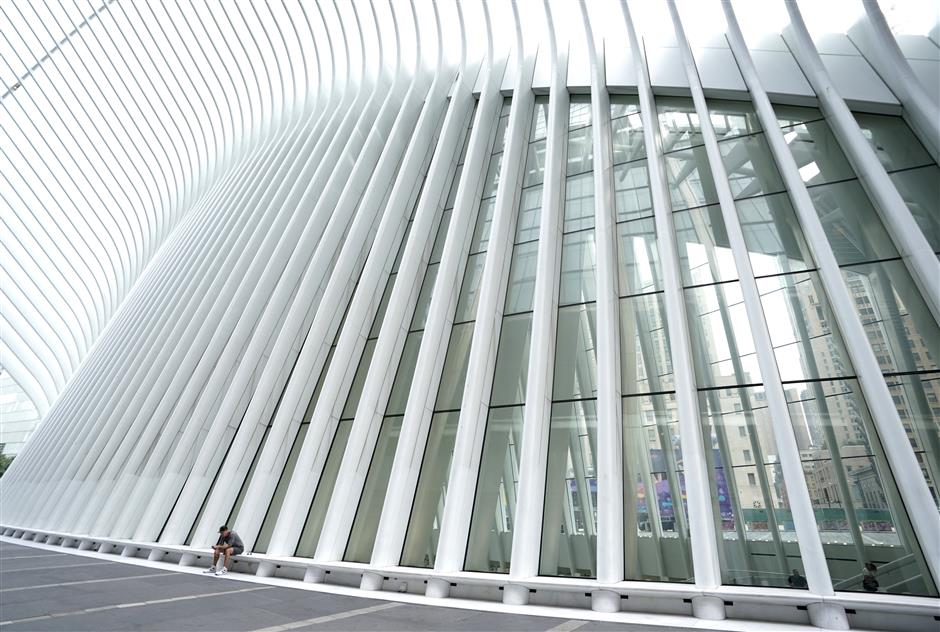 A man sits outside the World Trade Center Transportation Hub's Oculus in New York on September 9, 2020.

With crime on the rise, shops and apartments increasingly vacant and homeless people on the sidewalks, New York on Friday will mark the 19th anniversary of the September 11, 2001, terrorist attacks in the middle of the coronavirus pandemic and a bitter fight with the White House.

The city will hold its annual ceremony in memory of the nearly 3,000 people who died in the bloodiest terrorist attack in US history, punctuated by a minute's silence at the exact moments that Al-Qaeda jihadists crashed two hijacked airplanes into the World Trade Center towers.

Instead of reading out the roll call of the dead, this year the families of victims have recorded themselves. But they will still be present at the "Ground Zero" memorial.

The site museum will also open for the first time since the novel coronavirus brought the city to a standstill in March.

City leaders have emphasized the latter in the past months as the COVID-19 infection rate — which killed 23,00 people in the city, the early epicenter of the disease in the United States — has been lowered to under 1 percent.

New York state Governor Andrew Cuomo on Tuesday reminded New Yorkers that their resilience is likely to be tested once again by the social and economic "after-effects" of the pandemic.

Gale Brewer, president of borough of Manhattan, recognizes that the island renowned for its hustle and energy now faces an array of problems.

Some of these stem directly from the coronavirus pandemic: Almost all the white collar workers, such as bankers, traders and insurance employees, have been working from home since March. This has emptied Manhattan's business hubs, leaving thousands of small stores and restaurants without customers.

If the more than 60 million tourists who visit New York every year have gone, so too have New Yorkers, fleeing the city by the thousands.

At least 35,000 people have moved out of Manhattan, judging by requests for absentee ballots for November's presidential elections, Brewer said.

Many businesses are now shuttered: Between 2017 and 2020, the number of vacant commercial spaces has almost doubled, up by 78 percent, she said.

Homeless people are now more visible due to the closure of numerous shelters for health reasons, and the transfer of almost 13,000 to live in less contagious conditions in Manhattan's vacant hotels.

The rise in homicides and shootings — up 47 percent and 166 percent in August, compared with the previous year — is one of the more striking aspects of the crisis hitting the city.

Even if it is still far below the endemic levels of crime that plagued the city in the 1970s and 80s, New York, which prided itself on being one of the world's safest cities, has now slipped back to 2012 crime levels, the New York Times reported.

"I can't tell you how many phone calls I get from people especially in New York City, who are literally worried about the degradation of New York City," governor Cuomo said on Tuesday.

Even as the city shows signs of revival — which include museums reopening in late August and restaurants welcoming diners inside in late September — its full recovery could take up to three years, Brewer said, citing the estimates of realtors.

In the meantime, and less than two months from one of the most bitterly fought presidential contests in history, the crisis has become the focus of a dispute with Republican President Donald Trump.

The native New Yorker, who made his name in real estate, insists that the rise in crime in the Democratic bastion is due to the incompetence of its leaders. On Tuesday he once again accused the mayor and the governor of "destroying" the city.

New York officials in turn slammed Trump's refusal to free up billions in emergency federal funds to help the city through the worst of the crisis.