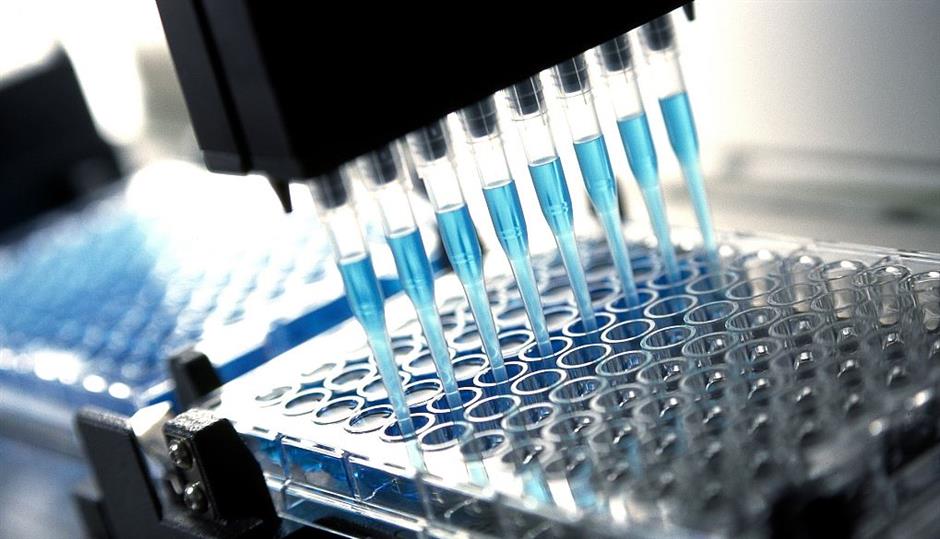 The Oxford coronavirus vaccine trials are back on after being suspended for an urgent investigation because a volunteer reportedly suffered potentially dangerous side effects.

Clinical trials of one of the most advanced experimental COVID-19 vaccines resumed on Saturday after a brief safety pause, as infection numbers continued to march upward in countries across the globe.

The world's hopes for a reprieve from the pandemic were dealt a blow earlier in the week when pharmaceutical company AstraZeneca and Oxford University announced they had "voluntarily paused" their vaccine trial after a UK volunteer developed an unexplained illness.

But on Saturday the trial was given the all clear by British regulators to resume following a safety review.

The global death toll from the novel coronavirus has risen to 916,000 with 28.5 million infections, while France and the United Arab Emirates posted grim new milestones for daily infections on Saturday.

And with billions still suffering from the fallout of the pandemic, a worldwide race for a vaccine is underway, with nine companies already in late-stage Phase 3 trials.

Even during the pause, AstraZeneca said it remained hopeful that the vaccine could still be available "by the end of this year, early next year."

Oxford University said that "in large trials such as this, it is expected that some participants will become unwell and every case must be carefully evaluated."

Charlotte Summers, a lecturer in intensive care medicine at Cambridge University, said the pause showed the researchers' commitment "to putting safety at the heart of their development program."

"To tackle the global COVID-19 pandemic, we need to develop vaccines and therapies that people feel comfortable using, therefore it is vital to maintain public trust that we stick to the evidence and do not draw conclusions before information is available," she said.

That public trust will be crucial to convincing a public that is impatient for a vaccine — and in some corners sceptical.

Among the impatient is US President Donald Trump, who has been accused by rival Joe Biden of "undermining public confidence" by regularly raising the possibility that a vaccine will be ready before November election.

Biden also called Trump "reckless" for holding a rally in the Nevada city of Reno even after the venue had to be changed because the event breached local COVID-19 restrictions.

Some of those potentially sceptical about a vaccine, meanwhile, turned out in numerous German cities and Poland's capital Warsaw on Saturday, protesting against anti-coronavirus measures and often defying mask-wearing rules.

The movement is made up of a number of different groups, from self-declared "free thinkers" to anti-vaccine campaigners, conspiracy theorists and far-right activists.

There are signs of a resurgence of the virus in numerous countries that lifted many coronavirus measures after beating back the first wave of infections months ago.

The milestone came a day after Prime Minister Jean Castex declined to announce any new major restrictions despite a "clear worsening" in the country's outbreak.

"We have to succeed in living with this virus, without returning to the idea of a generalized lockdown," Castex said, himself recently having left isolation after testing negative twice for the virus.

Fears were briefly raised after the prime minister spent part of last weekend with the boss of the Tour de France Christian Prudhomme, who tested positive for COVID-19.

Another country to hit a daily milestone on Saturday was the United Arab Emirates, which recorded more than 1,000 new coronavirus cases on Saturday for the first time.

In Spain, which this week became the first EU country to pass half a million infections, an infection was detected among Princess Leonor's classmates.

The 14-year-old heiress to the Spanish throne — who only returned to school in Madrid on Wednesday — will now have to observe a two-week quarantine.

And in Latin America, which this week passed the milestone of 8 million virus cases, worst-hit Brazil charted more than 131,000 deaths from COVID-19 as of Saturday, the second-highest in the world behind the US.

Latvia, meanwhile, reinstated a compulsory 14-day quarantine for arrivals from neighboring Estonia due to an upsurge in cases there.