Ex-Nissan exec on trial as Ghosn saga drags on 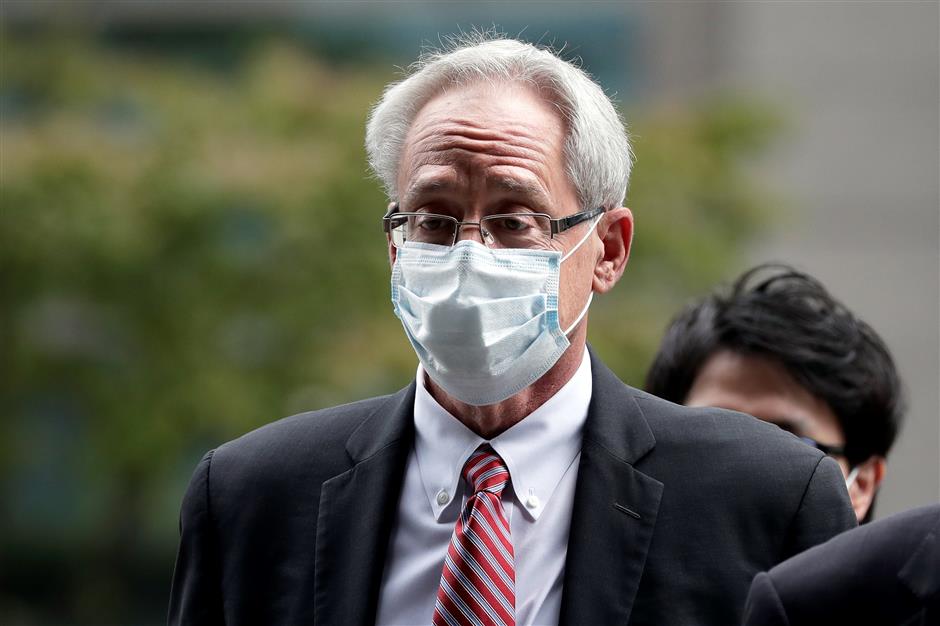 Greg Kelly arrives ahead of his appearance at the Tokyo District Court in Tokyo on Tuesday.

The financial misconduct trial of former Nissan executive Greg Kelly began on Tuesday with Kelly saying he committed no crimes and was only trying to keep his boss Carlos Ghosn from leaving.

The charges being heard at Tokyo District Court center around Kelly’s alleged role in failing to report to Japanese authorities the future compensation of Ghosn, who led Nissan Motor Co for two decades.

Prosecutors outlined allegations of what they said was a complex and clandestine scheme to pay Ghosn more than the amount the company had officially reported. Kelly is charged with helping Ghosn hide 9.3 billion yen (US$88 million) in compensation between the year 2011-2018 through deferred payments.

According to CNN, Japan introduced new compensation rules in 2010 which required high-earning executives to report their pay.

Kelly denied the allegations and said everything was done to keep Ghosn, whom he called an “extraordinary executive” at Nissan. “This was all in the best interests of Nissan,” he said.

“I deny the allegations. I was not involved in a criminal conspiracy,” Kelly told the court. “The evidence will show that I did not break the law.”

His trial could take about a year. If found guilty Kelly could face up to 10 years in prison and a 10 million yen fine.

The proceedings will include evidence and testimony from prominent company executives, including a former chief executive, Hiroto Saikawa, that could shine a light on the inner workings of the Japanese automaker as it tries to rein in losses and revamp its vehicle line-up after ousting Ghosn.

Nissan, which is on trial alongside Kelly, says they did, and pleaded guilty.

In a statement issued separately, it said it takes its indictment “very seriously,” adding there was “substantial and convincing evidence” of misconduct by Kelly and Ghosn.