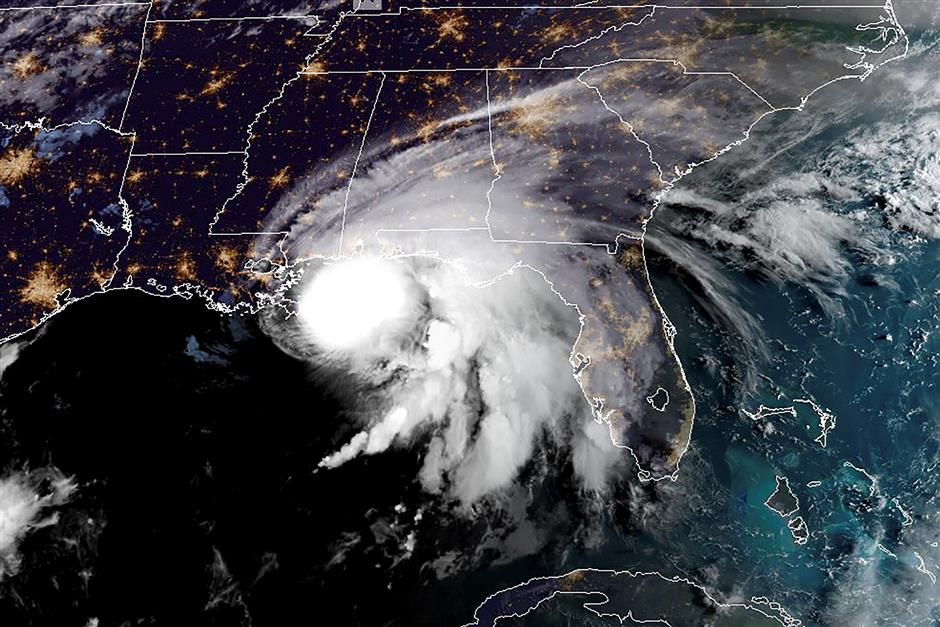 This satellite image shows Hurricane Sally off the US Gulf Coast on Tuesday, at 12:00 UTC.

Upon landfall, winds were clocked at 165 kilometers per hour, able to cause extensive damage. The hurricane also poses the risk of “catastrophic and life-threatening” flooding along portions of the north-central Gulf Coast, the National Hurricane Center said.

The NHC earlier said the hurricane could bring more than 60 centimeters of rain to some areas as it creeps inland.

Damage from Sally is expected to reach US$2 billion to US$3 billion, said Chuck Watson of Enki Research, which tracks tropical storms and models the cost of their damage.

That estimate could rise if the heaviest rainfall happens over land.

Ports, schools and businesses were closed along the coast as Sally churned.

Energy companies also shut more than a quarter of US Gulf of Mexico offshore oil and gas production and some refiners halted or slowed operations.